Alumni who are the second and third African-American students to achieve a Ph.D. in computer science at USF talk about their engineering backgrounds and share their perspectives on the importance of diversity in engineering. 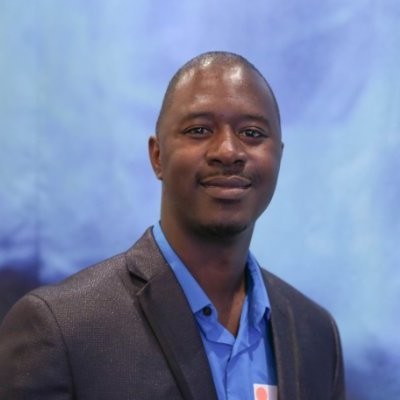 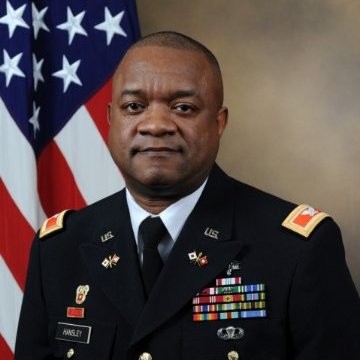 What do an Intel Technical Lead and a former Deputy Director for Operations at the U.S. Pentagon have in common? Both completed a Ph.D. in computer science and engineering at USF.

Earnest “Earnie” Hansley, Ph.D., who served in the U.S. Army for 33 years before retiring, began his doctoral program at USF in 2000 with a focus on biometric recognition under USF Department of Computer Science and Engineering Chair Sudeep Sarkar, Ph.D., as well as current University of Notre Dame computer science professor Kevin Bowyer, Ph.D.

Hansley was one of a handful of accepted applicants who had applied for a Ph.D. program through an Army education program. In 2004, he moved to Washington D.C. to continue his military career. For three years, he served as a branch chief in the Command Systems Operations Division within the Joint Chiefs of Staff in the Pentagon.

Here, Hansley was responsible for classified military systems — and the staff that helped manage them — containing secret and top secret information that the appointed Joint Chiefs of Staff used for military operations.

“The tools that I learned from taking courses on operating systems and algorithms and, of course, the programming I had to do, all positively impacted my ability to carry out my jobs (as branch chief),” he said. “I was using my degree. If they needed systems, they depended upon my group.”

Hansley also spent four years as Deputy Director for Operations at the Pentagon, where he served as Military Assistant for the Deputy Assistant Secretary of Defense for Research. In this role and with the rank of Colonel, Hansley was responsible for prioritizing, assigning and overseeing the development of solutions for STEM-related — and often military-oriented — issues that subject experts within the Pentagon were tasked with solving.

“We’re talking about dealing with critical tasks that impact the Department of Defense and our nation’s defense,” Hansley said. “In terms of decisions, I’ve been in organizations where we looked at … $10,000 and did a lot of thinking about it, but the Pentagon would make million-dollar decisions in a minute or less. … We would pull in some of the best and brightest — not just within the military but from industry and academia also — to figure out how to come up with solutions.”

Ransford Hyman, Jr. Ph.D., began his doctoral program in 2006 with a focus on the reliability and optimization of microprocessors under the late Distinguished University Professor Nagarajan Ranganathan, Ph.D.

Hyman said his father was an engineer and often said that he would become a mechanical engineer himself while his sister would become an electrical engineer. However, his interest in MS-DOS computer games and in his family’s Macintosh computer growing up led him down the path of computer engineering. In order to play more graphically-advanced games he had to learn each game’s hardware requirements, which taught him about computer processes and microprocessors when he was still in elementary school.

Hyman carried this interest in computer hardware through middle and high school, as well as through an undergraduate degree in mathematics at Bethune-Cookman University (BCU) in Daytona Beach. After spending a summer in Computer Science and Engineering Professor Miguel Labrador’s National Science Foundation (NSF) Research Experiences for Undergraduates (REU) program in computer science, he made the decision to pursue graduate studies at USF with support from the NSF Florida-Georgia Louis Stokes for Minority Participation Bridge to the Doctorate activity.

In addition to publishing four peer-reviewed papers with his advisor, Hyman received a best presentation award during the Richard Tapia Celebration of Diversity in Computing conference.

In 2011, Hyman began working for Intel as a senior software engineer where he coded, provided data analysis solutions and modeled Intel hardware for new features and capabilities. Currently, Hyman works as an Intel AI Technical Lead and Deep Learning Software Engineering Manager. He mentors a team of four senior engineers in becoming proficient with deep learning technology and efficient computation and optimization of neural networks. This requires him to lead group programming sessions and provide technical guidance when a member of his team is stuck on a project.

“There’s a small population of people who have a lot of knowledge within AI,” Hyman said. “There’s a responsibility as a mentor, as a manager and as a tech lead to make sure that engineers I mentor are aware of what deep learning is as a field and how they’ll be able to be successful at their job.”

As a doctoral student, Hyman served as president of the IEEE-Computer Science Society at USF and as a mentor to several minority undergraduates in the computer engineering program at both BCU and USF. Recently, he held a virtual discussion with USF computer science students in the NSF S-STEM Flit-Path scholarship program about the daily life and responsibilities of an Intel Tech Lead, as well as advice and interview tips for pursuing a career with a Silicon Valley company.

“Some of that knowledge is well-known here because it’s Silicon Valley,” Hyman said. “But sometimes that knowledge stays siloed within this area, so it’s good to be able to share with the goal that it will hopefully help them pursue their careers.”

Hyman and Hansley are the second and third African-American students, respectively, to achieve a Ph.D. in the Department of Computer Science and Engineering at USF, and both agree that diversity in engineering and in STEM professions is vital to the national security and economic well-being of the United States on a broader scale.

Hansley said the final position he held at the Pentagon prior to retirement was working for a presidential appointee responsible for the Department of Defense’s STEM portfolio, and one major concern was that too few students of color were taking courses that built strong STEM foundations.

“What we determined was that given the anticipated demographic population shifts — in order for the U.S. to remain the strongest country in the world — we need to ensure that everyone is represented in STEM,” he said. “To address diverse challenges of this century and beyond, we need to have diverse solutions and diverse populations working on them.”

Regarding the development of new technologies, Hyman said that individuals from diverse backgrounds should be included throughout the entire engineering and information technology workforce, including within senior-level leadership.

Due to the broad impact of technologies that become widely used by society, he said that a lack of representation in future tech advances — like those that could help decide legal cases or determine credit loan eligibility — could cause them to benefit only certain sets of people and disadvantage others.

“If you have those technologies and they’re not evaluated and don’t have an understanding of the people they serve, it can become very dangerous,” Hyman said. “It’s good to make sure that we’re designing and building things that build the future that we really want. We’re on the cusp of some technologies that can have very long-term implications if they’re not done right.”

Academically, Hyman said he would like to see more computer science and engineering programs around the country both acknowledge the importance of diversity and inclusion as well as outline tangible steps that are transparent and monitored for colleges to reach their diversity goals.

These include increased outreach to schools that serve a significant number of students from underrepresented and financially-disadvantaged backgrounds, as well as hiring diverse faculty. He said that some elite colleges and Silicon Valley companies tend to field graduates from narrow pipelines of students rather than promoting increased diversity in computer science and engineering.

Hyman named partnerships between USF and historically black colleges and universities like BCU and the University of the Virgin Islands as positive examples.

“If (diversity and inclusion) is something you care about, then you should also back it up both not only by hiring but also investing in those communities,” he said. “It’s also important as far as inspiring the younger generation to pursue a career in engineering and computer science. If they see role models who they can identify with pursuing those careers and making change, it gives them the inspiration to also aim higher.”

Hansley and Hyman said their best advice to students pursuing engineering careers is for them to start building their professional networks as early as possible and to learn what resources are available to help them through their programs.

“You don’t want to start building your network the year you need to pursue graduate school,” Hyman said. “Start when you can build a meaningful relationship with people and you’re able to follow up and build mentorships by attending conferences like the National Society of Black Engineers, Black Engineer of the Year, Society of Hispanic Professional Engineers, Hispanic Engineer of the Year and Richard Tapia Celebration of Diversity in Computing. Everyone needs role models and mentors to lean on from time to time in your career, so it’s important to take care of your network.”

Along with the guidance he received from College of Engineering Diversity Director Bernard Batson, Hansley said that a one-year dissertation fellowship he received from the Florida Education Fund’s McKnight Doctoral Fellowship program gave him access to seminars, presentations and professional connections that were crucial to achieving his Ph.D.

At the onset of his Ph.D., Hyman was awarded a fellowship from the program, and Hansley and Hyman are two of 43 doctoral students from the College of Engineering that have received McKnight five-year fellowship or dissertation awards between 2007 and 2018.

“Bernard told me to apply for the program even though I’m retired military,” Hansley said. “The McKnight Program could help me with my tuition, but more important is that they have leadership along with a caring community willing to mentor me, provide networking opportunities and other available resources that could help me make it across the finish line for my Ph.D.”