Building an Equitable Future: Beyond the Metrics 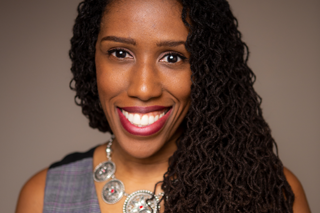 Elizabeth Hordge-Freeman, associate professor of sociology, was appointed senior adviser to the president and provost on diversity and inclusion by President Currall.

THE YEAR 2020 USHERED IN incomparable challenges that have forced us to contend with two global pandemics: COVID-19 and racism. These pandemics revealed to some (and reiterated to many) that systemic racism is a persistent element of all major social institutions. The violent deaths of George Floyd, Breonna Taylor and Ahmaud Arbery also reveal that systemic racism often reserves its most insidious manifestation when it perpetuates anti-Blackness. In the wake of these and other examples of systemic anti-Black racism, the University of South Florida has been challenged to respond with concrete action rather than rhetoric.

USF has responded by building on the momentum of its significant successes related to diversity and racial equity. For the past 10 years, with efforts led by Paul Dosal, vice president for student success, and Provost Ralph Wilcox, USF has been on a journey toward institutional transformation focused on addressing the racial and social inequities that undermine student success.

Indeed, our attention to addressing inequities helped propel USF toward its unrivaled rise: In 2020, USF was recognized as the fastest-growing university in the United States and ranks among the top 50 public universities, according to U.S. News and World Report. Alongside this, and most relevant to racial equity, the Education Trust recognized USF for eliminating the racial achievement gap in six-year graduation rate that so often negatively affects Black and Hispanic students. Yet, even as we duly celebrate our achievements in student success, an understanding of the pervasiveness of systemic racism offers a sober reminder that these efforts are not nearly enough.

As the senior advisor to the president and provost for diversity and inclusion, my vision is to work closely with administration, deans, chairs, faculty, staff and students to develop strategies and initiatives that extend far beyond student success and that disrupt practices, policies and structures that hinder our collective success. My hope is for USF to meet and then move far beyond traditional performance metrics to establish sustained anti-racist policies that promote belonging and engagement and create the context for which power and resources can be more equitably distributed. We have already made notable gains toward some of these goals as evidenced by USF’s investment of $500,000 on research on anti-Black racism, the expansion of guaranteed admission programs for undergraduate students, the development of high-profile speakers series on anti-racism, the introduction of anti-racist pedagogical strategies and workshops, proposed curriculum changes to include courses on racism, new efforts to support the success of diverse faculty, and a robust Office of Supplier Diversity.

I welcome working with campus constituents to support more coordinated approaches to institutionalize anti-racism and equity that involve measurable goals and an accountability structure. As observed with our strategic student success initiatives, embracing this moment to institutionalize anti-racism across our campuses is not only the right thing to do, it will ultimately be the best thing to do to elevate the entire USF community.