How Safe is our Food Supply?

Most often, you are your family’s first defense, says FDA leader 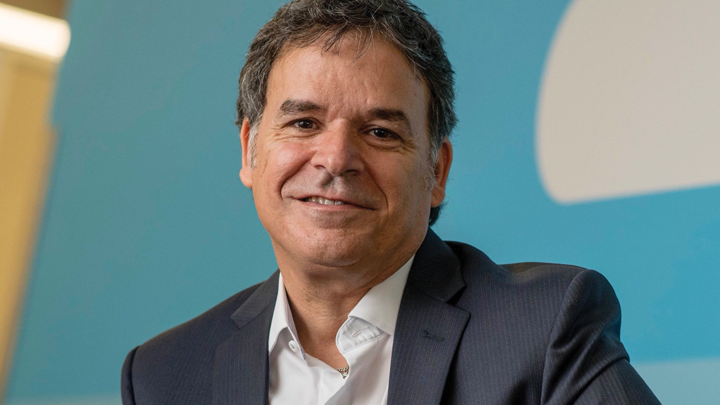 THE LAST PLACE YOU MIGHT EXPECT to face a national security threat is at the dinner table. But that’s the first concern for Frank Yiannas, the FDA’s deputy commissioner for food policy and response.

Is our food supply safe? What are the greatest risks? How can consumers protect themselves and what precautions should they take?

Yiannas makes sure he knows the answers.

Long before the coronavirus changed American life, Yiannas was intrigued by what he called “an invisible world of things out there that could cause danger and do us harm.’’ It led him to earn a master’s in public health at USF in 2003 and fueled his passion for developing food safety strategies and techniques.

“We have an incredibly safe food system,’’ says Yiannas, who held executive food-safety positions at Walt Disney World and Walmart before arriving at the Food and Drug Administration in 2018. “We can go to a grocery store and pick thousands of food products. Most will be safe, affordable and convenient. But the pandemic has re-emphasized that we all have to play our part in protecting each other."

The National Agriculture and Food defense Strategy, part of the FDA Food Safety Modernization Act of 2011, outlines the strategies for protecting the nation’s food supply from the likes of terrorists. It calls for federal regulators from the FDA and other relevant agencies, such as Homeland Security and the Department of Agriculture, to work together. Their objectives include assessing and mitigating vulnerabilities, developing ways to quickly identify food contamination, and creating science-based regulations to guard against food hazards.

Foodborne disease accounts for about 48 million illnesses in the United States — one in six people. Those illnesses result in 128,000 hospitalizations and 3,000 deaths a year. But to date, the biggest culprit is unintentional contamination, not terrorism or criminal intent.

Whether the source is malevolent or accidental, the FDA relies on much the same tools for prevention, detection and recovery, Yiannas says. Those include an all-hands-on-deck approach, from federal agencies, the commercial sector and consumers.

“Toward the end of the last century, people began forgetting about the importance of [preventing] infectious diseases and public health,” he says. “The 20th century had great advances in modern medicine, the invention of antibiotics and the treatment of water.”

Our ancestors had no such safety net.

“My grandparents and parents were really aware of this,” he says. “They passed down from generation to generation the importance of thoroughly cooking food products, or cooling things rapidly. …. The pandemic has proven once again the importance of public health and the personal actions that we all must take."

Those are basic: washing your hands before preparing food, making sure foods are stored at the proper temperatures, avoiding cross-contamination.

Once a contaminant has been introduced, whether intentionally or not, speed is crucial in identifying the source so it can be addressed. Advances in technology have given us a big advantage, Yiannas says.

Blockchain technology – which digitizes a food-supply record from its origins – can quickly isolate food-safety issues and determine where they started. He describes tracing a package of sliced mangos to its source several years ago using conventional methods. From growers and small farmers to shelves at the world’s largest retailer, following the package’s trail took six days, 18 hours and 26 minutes.

With blockchain, it took 2.2 seconds.

“Of course, that’s amazing and people tend to get enamored with the technology,’’ Yiannas says. But – “It’s never about the technology. It’s getting greater visibility and transparency in the food system so consumers know more about where foods come from, how they are produced and if they are safe."

That’s Yiannas’ fundamental approach to food safety and security — the people, not the process.

“Frank is brilliant on a technical level, but he has also been able to spark passion and resolve in this field through his ability to tie food science and food safety to human behavior and culture,’’ says Kerry Bridges, now vice president of food safety and quality for Chipotle Mexican Grill, who worked with Yiannas at Walmart.

“He blazed a trail between food science and front-line workers in some of the largest food service, retail and governmental agencies in the world."

“Frank is the best kind of leader because he’s a teacher and has the two most important qualities for a leader in my opinion — empathy and discipline," Cockerell says.

Public service? He got that from his parents, immigrants from Greece and Cuba

“My parents always showed me the example of helping others,’’ Yiannas said. “Hard sciences are necessary, but I believe anything you do in life reflects on human behavior, the so-called soft sciences. Food safety is really about human behavior. Humans get their values and belief systems early in their formative years. Early on, I knew I wanted to help."

FOODBORNE ILLNESSES RESULT in 128,000 hospitalizations and 3,000 deaths each year in the United States. They’re especially dangerous for the very old and very young, pregnant women, and for people with chronic conditions that affect the immune system, such as diabetes. These simple steps can protect you and your family.

Wash your hands: Before, during and after handling food, wash your hands! Scrub well for at least 20 seconds and air dry or wipe with a clean paper towel — not the used dish towel.

Get another cutting board: Use one for foods that will be cooked, such as meat, poultry, and seafood, and the other for foods like fruits and vegetables that will be eaten raw. That way the raw foods won’t be contaminated by the juices from the meats. Get one that’s dishwasher-safe. The very hot water and strong detergent typically used in dishwashers can eliminate a lot of bacteria.

Use a meat thermometer: Whole meats should register145°F after allowing a 3-minute rest; 160°F for ground meat; 165°F for all poultry and 165°F for casseroles and leftovers.