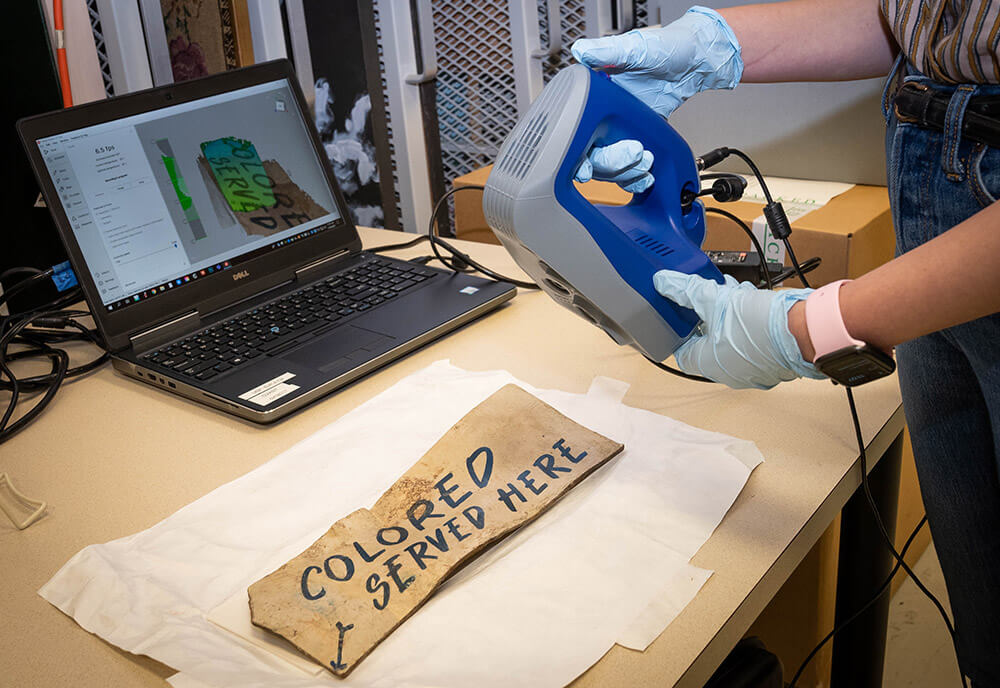 A USF researcher is partnering with the Florida Holocaust Museum to digitize several artifacts from its exhibit, “Beaches, Benches and Boycotts,” which highlights Tampa Bay’s troubled civil rights history. Online audiences will be able to interact virtually with the objects and learn about the region's racial and social disparities from the 1950s and 1960s.

“The stories told by these objects about segregation and racial hate must not be forgotten,” said Davide Tanasi, associate history professor and director of the Institute for Digital Exploration (IDEx).

The museum is in the process of reopening after being closed since March due to the COVID-19 pandemic. Its curators and Tanasi agreed that it was the right time to digitize the exhibit’s 14 artifacts, especially due to nationwide efforts to address systemic racism and racial disparities. The interactive images allow viewers to zoom in or out and also turn the object around. It’s a resource that helps strengthen the exhibit’s message by preserving the artifacts for viewers throughout the world and for future generations. Tanasi hopes this online resource will help prevent mistakes of the past.

“We are basically unleashing the power of the original artifacts through these digital surrogates,” Tanasi said.

Tanasi is an internationally recognized archaeologist, making discoveries such as the world’s oldest wine, unearthing ancient Roman villas and the recent conclusion that trench fever has been around for centuries. Many of his findings have been digitally preserved and stored on the IDEx website.

“Images are the best way for learning and seeing how the meaning of these past artifacts change through time,” Tanasi said. 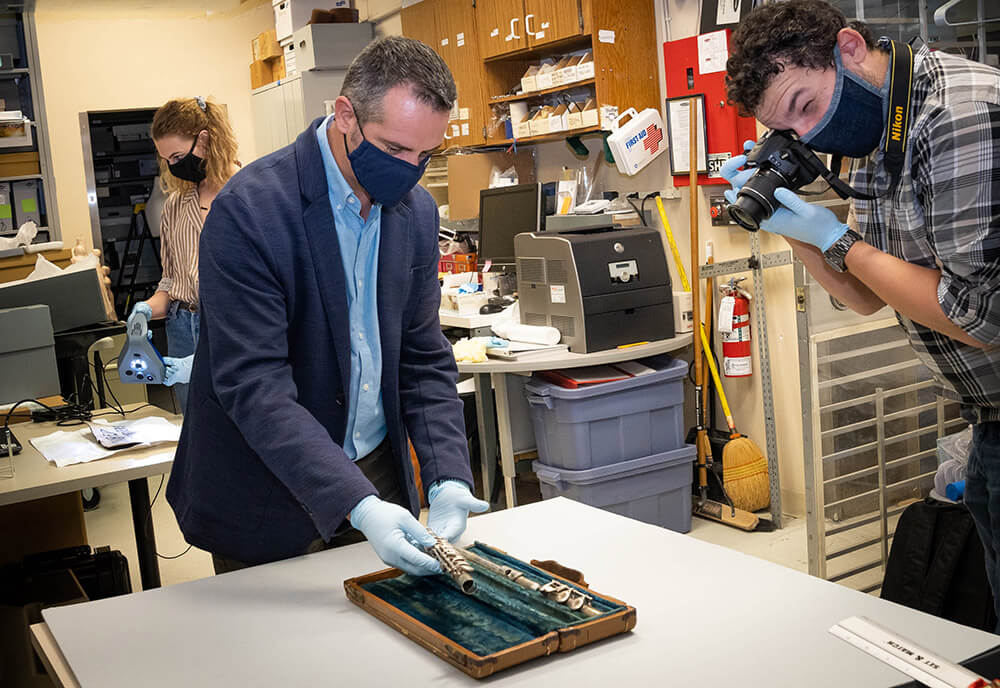 The current project includes Ku Klux Klan robe and hood, uniforms from a marching band and a spring training New York Yankees jersey worn by segregated players, sign used in front of a restaurant which reads, “Colored Served Here,” letterman jacket of the first black student to attend Middleton High school in Tampa and a white helmet worn by African American leaders during protests in St. Petersburg in the 1960s.

The 3D reconstructions require meticulous and time-consuming work by Tanasi and his team of research assistants. One of the easiest, but most important phases, is taking hundreds of photographs of the objects to capture every angle, which are later rendered into a 3D model. The team then uses a structured light laser scanner to detect the finest surface details and volume. Once all of the data is gathered, the processing can take days. The resulting virtual models are incredibly detailed.

“Online viewers can see the artifacts as if they were in-person and it’s also an opportunity to physically interact with them in a different way,” said Victoria King-Taber, Florida Holocaust Museum registrar and exhibitions manager. “It’s the closest that visitors can come to interacting with the objects apart from touching.”

The museum recently reopened to its members by reservation only and will begin public visiting hours on weekends starting in January 2021.

College of Arts and Sciences, IDEx