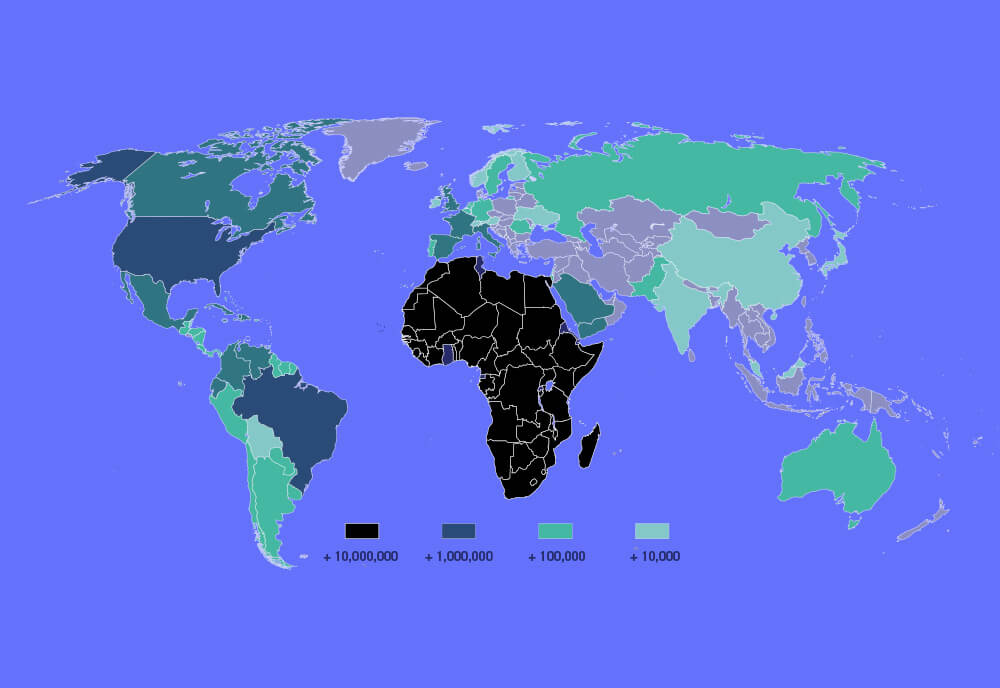 Map of the African Diaspora” by Allice Hunter is licensed under CC BY-ND 2.0.

USF is the first university in Florida to offer undergraduate and graduate degrees in Africana Studies. It was founded more than 50 years ago and has helped produce some of the most well-rounded professionals in disciplines around the world, such as law, public policy and community development.

The Department of Africana Studies, initially named Afro-American Studies, was founded in 1969 in response to a nationwide movement of Black students who demanded a larger presence of Black faculty and perspectives in their classrooms. Now housed within the School of Interdisciplinary Global Studies in the College of Arts and Sciences, the multidimensional program is led by faculty experts who centralize their study on the Black experience and global African diaspora.

“All these years we have been doing the anti-racism work that people are talking about now, even as we were marginalized for doing it,” said anthropologist Cheryl Rodriguez, associate professor of Africana Studies. “We are doing the really hard work of bringing scholarship and knowledge to our students that they wouldn’t get anywhere else.”

Rodriguez’s life-long research includes the preservation of Black communities’ history in Tampa. Her projects include collaborative works such as, “Central Avenue Legacies” with Susan Greenbaum, professor emerita in the Department of Anthropology. Together they developed a walking tour of the Central Avenue area, a former segregated business and entertainment district that was destroyed by urban renewal and highway construction.

Rodriguez is one of the most senior faculty members and previously served as department chair. She helped develop the current curriculum, which now includes studies beyond African American history.

“The work that we do is critical in providing the knowledge about the Black world and helping our students to rise above racial prejudice though knowledge and through education,” Rodriguez said.

Pre-colonial Africa is revisited using neglected facts to help students challenge misconceptions and European-centric narratives. The diaspora is then examined through the lens of community development, economics, identity politics and international relations. Students gain a broader intellectual perspective on world affairs, which influences their professional careers. 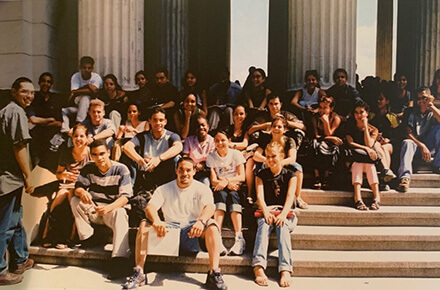 Kissi says his goal is to correct lingering, but false impressions about African history. He teaches his students to challenge distorted facts and stereotypes about Africa and reminds them of the ancient technologies that built the Egyptian and Nubian pyramids. He also emphasizes the need to recognize the natural resources that are mined from Africa, such as coffee, rubber, coltan and palm oil.

“Africa looms large in our lives as consumers of global products in an interconnected global system, and we often don’t pause to acknowledge this. Africa’s elephant tusks help produce the piano keys from which we enjoy good music. Africa’s palm oil gives us our soap, shampoos and industrial lubricants. Africa’s copper sustains Western armament industries. And, today, Africa’s coltan gives us our cellphones and make our global communications possible. Africa’s resources have long been vital to the making of our modern world. If you have no clue about these, you can easily dismiss Africa as a continent,” Kissi said.

Graduates have had the opportunity to study abroad to gain a holistic understanding about the diverse Black experiences throughout the world. Due to the COVID-19 pandemic, study abroad programs are currently on hold at USF. 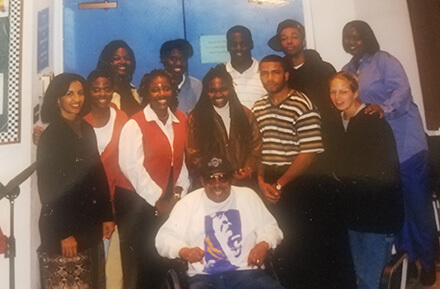 “One of the things I learned was how far and diverse the Black roots go in terms of African influence across the world including in the Caribbean, Central America, South America and Asia. That understanding allowed me to appreciate more the connection I had to the Black community, recognizing that we are all influenced by Africa, by African culture,” said Braulio Colón, class of 2003 and vice president for Florida student success initiatives at  Helios Education Foundation. “Whether or not we want to acknowledge that, we are all connected.”

Colón travelled to Cuba and Ghana and saw similarities in the ways in which Black communities experienced systemic racism.

“More recently, I’ve been able to contribute my perspective through the Africana Studies experience and lens to some of these tough conversations about race. I found myself being an ally to the Black community during this tough period. I find great joy in that,” Colón said.

Many students in Africana Studies have double majors. Carolyne St. Louis (’98) studied English and thrived in the transdisciplinary program. The McNair Scholar is now director of ethics and compliance at the Centers for Disease Control and Prevention.

“It informs my approach and how I speak to people about how we should approach policy,” St. Louis said. “What I learned in the Africana Studies department is that sometimes what happens is that the color of your skin becomes the determining factor as to how you are treated. Bias in public health is still a thing. We could all be seated at a table and I could still be the only Black person and woman at the table, and so understanding race and how that perspective is important and how it will inform people’s perspective is critical.”

St. Louis fondly recalls many epiphanic moments in class, such as when she learned that significantly more Black individuals died on slave ships than what’s been widely understood.

“We are not doing a really good job of having these types of discussions outside the classroom and it’s causing a lot of friction and this (department) is a good way to connect with each other and have some empathy,” St. Louis said. 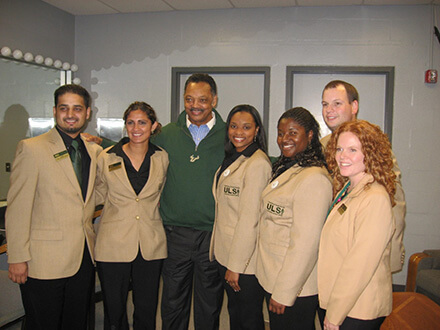 Iris Elijah (’08) and the 2005-2006 University Lecture Series Board and Advisors at the 2006 MLK Speech featuring Jesse Jackson (Iris Elijah, Fourth from left)

Iris Elijah (’08) also double majored in economics and remembers being the only Black student. She said when poverty was discussed, her classmates looked to her assuming that she had first-hand experience.

“It was very isolating. It was not like that in my Africana Studies classes and I needed that. We made our own community and it felt like Africana Studies was the academic equivalent of the community where I felt safe,” said Elijah, who’s now general counsel for Florida International University.

“If people really want to learn about an academic area that will really challenge you in terms of the understandings that you have in history, and yourself, then Africana Studies is it. It’s one of the best things I ever did at USF,” Elijah said.

College of Arts and Sciences, africana studies, school of interdisciplinary and global studies