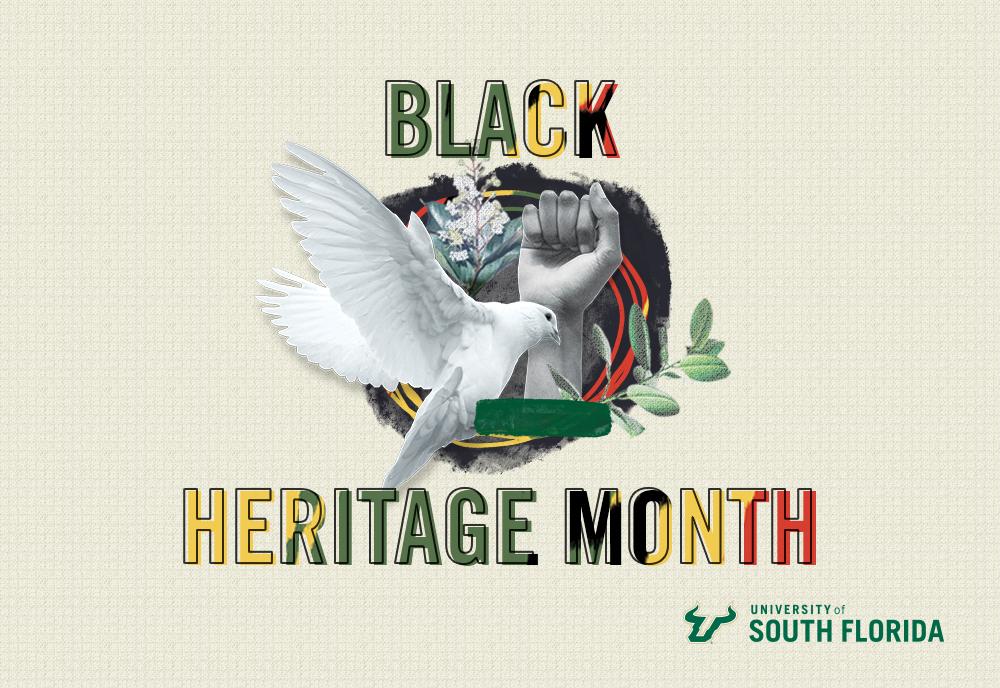 Beginning in 1926 as a week-long observance of African American progress and impact, Black History Month is now an annual fixture across the U.S. and a time for reflection and celebration at the University of South Florida.

USF’s Black Heritage Month is designed to educate both the university and Tampa Bay communities on the importance of the history and significance of Black culture. Black Heritage Month provides an educational atmosphere for students, staff, faculty and alumni to celebrate and commemorate the contributions the Black community has made to society.

Throughout February, USF’s Office of Multicultural Affairs brings together numerous clubs and organizations from across campus through a variety of events designed to educate and celebrate Black Heritage Month.

A champion of diversity and inclusion, USF is a national model for attracting and retaining diverse students, faculty and staff. It’s been a purposeful effort that has become an integral part of making USF one of America’s fastest rising universities. Below are just a few of the notable initiatives and projects that demonstrate USF’s commitment to dismantling systemic racism and how USF faculty are making an impact on society.

In August, USF President Steve Currall announced a series of actions as part of the university’s ongoing commitment to dismantling systemic racism and actively promoting racial equity across USF’s campuses and in the community. Among those steps was the appointment of Dr. Haywood Brown, USF’s vice president of institutional equity, as a member of the Executive Leadership Council, the university’s top leadership team. In addition, Elizabeth Hordge-Freeman, associate professor of sociology, was named senior advisor to the president and provost on diversity and inclusion. 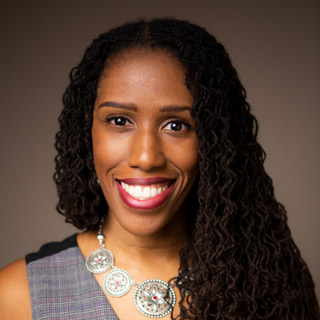 Elizabeth Hordge-Freeman, senior advisor to the president and provost on diversity and inclusion.

To advance research on racism in society, the Office of the Provost and USF Research & Innovation committed $500,000 to fund a first round of interdisciplinary research projects. A newly formed research task force selected 23 projects exploring a wide range of issues in systemic inequality, economic and health disparities, Black history and contemporary challenges for funding.

In a December update to the USF community, Currall announced several more initiatives, including the launch of an anti-racism website to serve as a collective resource and information warehouse for content related to USF’s commitment to anti-racism. Highlights include; opportunities for community involvement, training resources for faculty and staff and tools and links for students to find courses related to anti-racism. Additionally, the Diversity, Anti-Racism and Equity (DARE) Dashboards reflect USF’s commitment to evidence-based actions to address inclusive excellence and racial equity.

In conjunction with the efforts on the Tampa campus, the USF St. Petersburg campus organized its own diversity and inclusion task force to examine its current policies and practices alongside ongoing efforts in the city of St. Petersburg, with the intent of strengthening actions that promote greater equality and a more inclusive environment.

A grant from Helios Education Foundation will help further the university’s long-standing commitment to student success for underrepresented populations. The $60,000 investment through the USF Foundation will be used to engage an external consultant to facilitate research and analyses to enhance USF’s ongoing initiatives to increase Black student enrollment. The grant builds on the university’s plans for additional steps to support diversity and inclusion announced in August by Currall. 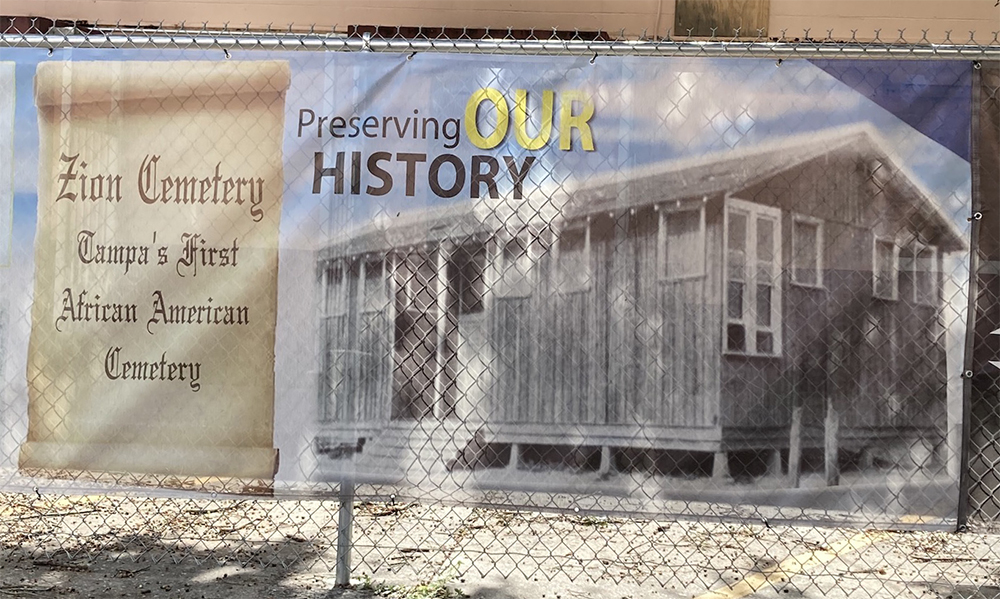 In Tampa Bay and across the nation, a number of African American burial grounds and cemeteries have been lost to history, neglected, abandoned, even paved over to allow for development. A research project funded by a USF anti-racism initiative is seeking to recover and reimagine the forgotten history of these sacred places.

Through her teaching and research, Kyaien Conner, associate professor of mental health law and policy, is working to reduce health disparities in communities of color. While access to treatment and physicians is important, she wants people to recognize that those disparities aren’t only about health. They are about all aspects of society that lead people to feel marginalized, mistreated and discriminated against, factors that enhance stress and fear, which are directly connected to health. Read more about Conner's work in the Fall 2020 issue of USF Magazine. 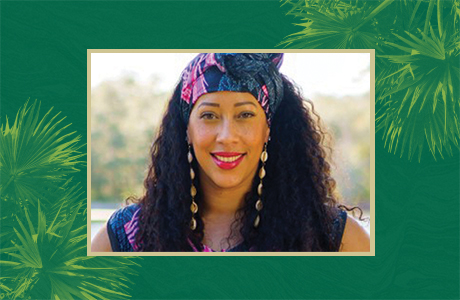 For USF Health Taneja College of Pharmacy Dean Kevin Sneed, addressing these issues within communities of color has never been more critical. The COVID-19 pandemic has hit minority groups the hardest, particularly African Americans. In response, Sneed, along with Angela Hill, associate dean of clinical affairs, has begun hosting webinars aimed at providing community leaders with trustworthy resources and the tools they need to relay important health-related information to larger groups. The project is made possible thanks to a partnership between the USF Health program, Workgroup Enhancing Community Advocacy and Research Engagement (WE-CARE), and the Tampa-based organization ReachUP, Inc.. Read more about this community-based project. 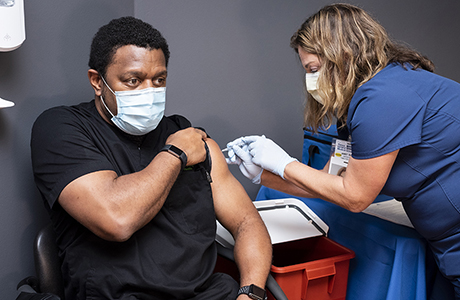 This year's Intitute on Black Life Annual Conference will focus on the theme of understanding and addressing Blackness and anti-Black racism in our local, national, and international communities, with USF faculty and community partners discussing how systemic racism continues to impact peoples of African descent in the African Diaspora and Africa. 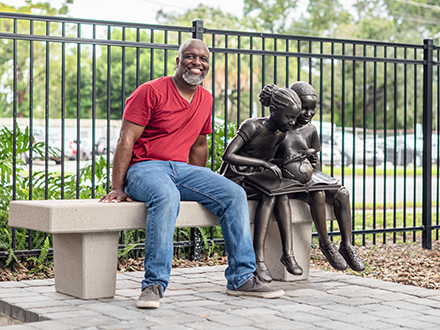 In the garden of Tampa’s C. Blythe Andrews, Jr. Public Library sits a life-size bronze sculpture designed to celebrate the community that surrounds it and inspire those who come across it. Dreamed up and designed by McArthur Freeman, USF associate professor of animation and digital modeling, the sculpture, entitled “An Open Book,” features two African American children engrossed in a book. Situated between the two children is a globe, emerging from the book’s pages. Freeman says an important theme of the work is the significant role that books and published materials play in inspiring creativity within the minds of young people. His hope is that the sculpture conveys the notion that knowledge empowers individuals and can open anyone to a world of possibilities, no matter where you come from.

“I believe this program will show how more alike we are, but also highlight the differences that we know exist,” Manasota Chamber President Tarnisha L. Cliatt said. “The business members are grateful to be able to pay it forward and hopefully to leave a lasting impression on the students they are paired with during the event.”

The one-day virtual program is scheduled for Feb. 12.

Engaging the community. Empowering our scholars.

From an Amazon bestselling children’s book to a historic look at the impact of early African American pharmacists, USF faculty are using their passions to help and educate those far beyond our campus borders.

Micah Johnson, assistant professor in the USF Department of Mental Health Law and Policy, published his debut children’s book, “Never Had a Friend”, in late 2020. It follows a lonely child who wishes for a friend, loses his home and is faced with heartbreaking hardships and adversities. Modeled after Johnson’s own experiences as a child, he says the book is a community outreach effort to empower parents, service providers and others with a means to have difficult conversations with children about prejudice, homelessness, poverty and more. Upon its release, “Never Had a Friend” reached #1 in Amazon’s homelessness and poverty category. 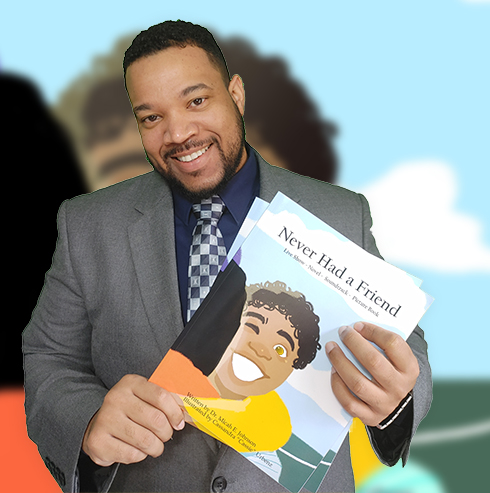 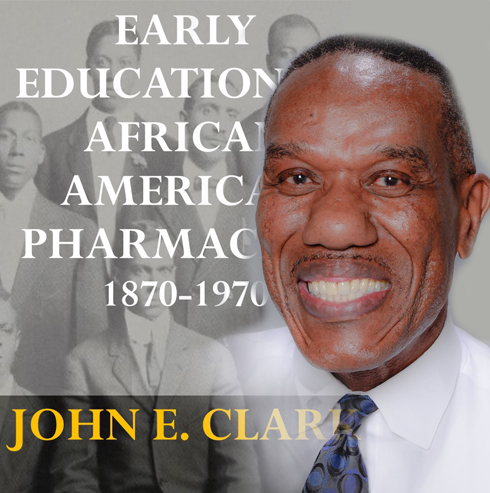 The purpose of this conference, hosted by the Office of Multicultural Affairs at the USF St. Petersburg campus, is to enhance the learning, understanding and development of concepts surrounding diversity, inclusion and social justice across USF’s campuses and surrounding Florida colleges and universities. The university’s goal is to educate and motivate approximately 200 higher education future and current leaders in the surrounding counties about diversity and inclusion to take back to their respective institutions. Our society is ever changing and growing more and more diverse. The workshops provided will focus on social experiences of individuals and/or social groups and their resiliency in how they've navigated through various environments.

Black Heritage Month allows us the opportunity to deepen our understanding of Black history and culture, particularly in the context of our American history, which is fraught with injustice and inequality. Learning history allows for a “greater sensitivity to human and cultural diversity,” as stated by our own USF History department. The USF Libraries honors this month as an educational endeavor and shines a light on the often-unheard history, stories, and experiences of Black lives. 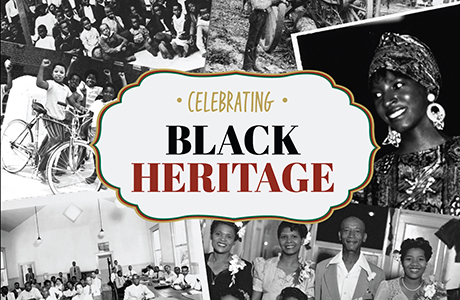 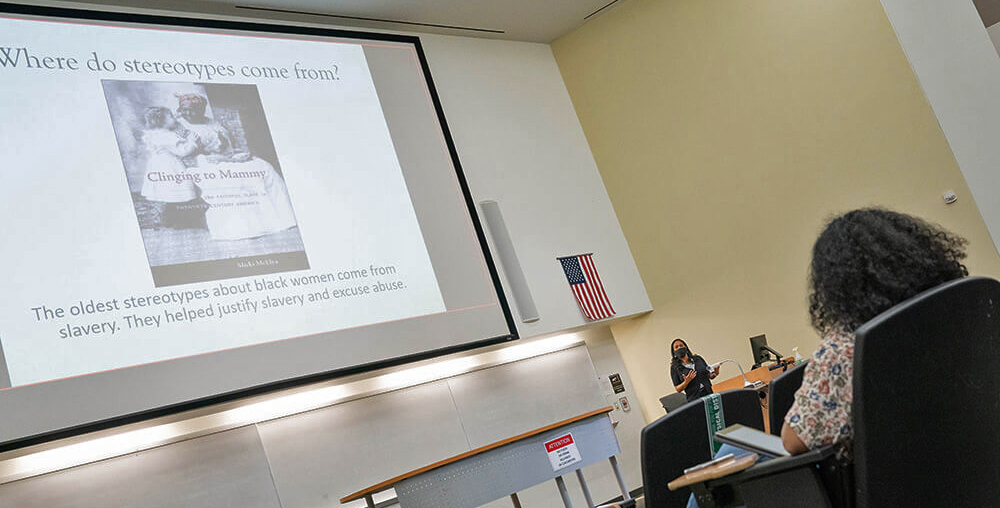 “Prejudice, Stigma and Race Consciousness” is being offered in response to a petition signed by thousands of students over the summer that requested the university implement a course that specifically addresses discrimination. The plea followed months of protests surrounding the police shooting deaths of Black individuals.

This class is just one of the many courses dedicated to race and racism at USF. Learn more about other anti-racism courses here.