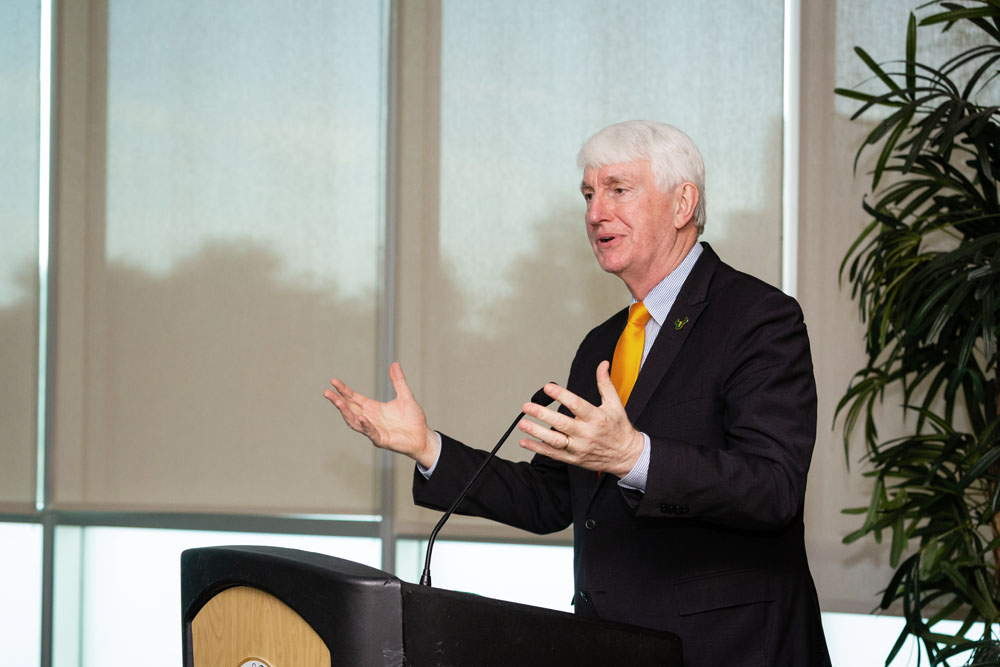 Ralph Wilcox to step down as University of South Florida provost

University of South Florida Provost and Executive Vice President Ralph Wilcox announced today his plans to step down from the role next year. The search for a new provost will begin in the spring with the goal of selecting Wilcox’s successor shortly after a new university president is hired.  Wilcox has agreed to remain as provost and assist in the transition for as long as is needed.

Wilcox, who has been with USF for nearly 20 years and served as provost since 2008, will leave after a highly accomplished tenure that has resulted in USF’s academic enterprise earning widespread recognition across the state, nation and internationally.

In his letter to the USF community, Wilcox expressed a desire to spend more time with his family.  He plans to remain with the university in a faculty role.

“Serving as provost and executive vice president at USF since January 2008 has been the greatest privilege of my professional career,” Wilcox said.  “As I reflect on where we are today, I can say with the utmost confidence that USF’s position has never been stronger, especially given our gains in student success, faculty accomplishments and, most recently, consolidation. Our national and international stature is stronger than ever, which is proud testament to the remarkably talented people at USF – our faculty, staff, leadership, students, alumni, donors and friends of the university.”

Under Wilcox’s leadership, USF has:

In addition, over the past decade USF has climbed higher in U.S. News and World Report rankings than any other university in the country – from 101st to 46th among public universities.  In 2018, USF became only the third state institution in Florida – and the only one located in a metropolitan area – to be designated as a Preeminent Research University.

Wilcox also created the highly successful Provost’s Scholars Program. The program allows high-performing undergraduate students to accelerate their bachelor’s degree to graduate in three years. Students selected for the program stay career-focused and ready for post-graduation plans by completing three pillar experiences: study abroad or study away, research or professional development, and leadership or service. Since it began in 2011, nearly 400 students have participated.

“I wish to sincerely thank Provost Wilcox for his leadership, commitment and tireless contributions to the University of South Florida’s rise in stature among the nation’s top public universities,” USF President Rhea Law said.  “During Provost Wilcox’s tenure at USF, he has demonstrated an extraordinary dedication to student success and academic excellence.  His comprehensive approach to student success has made an impact on hundreds of thousands of students.”