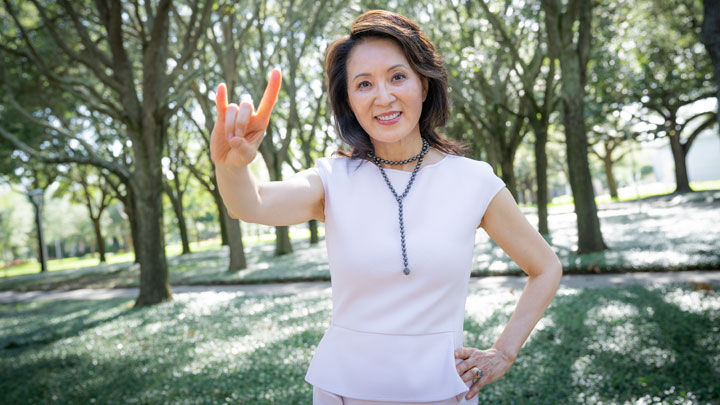 For the past two years, she served in the newly created position of vice president and executive advisor for global advancement at the University of Texas Southwestern Medical Center in Dallas. In that role, she developed strategic partnerships with health care organizations, educational and research institutions, investors, and philanthropic individuals and foundations globally. Dr. Currall developed an overall global advancement vision for the institution, started an international donor pipeline and spearheaded an international patient services initiative.

Since 2011, Dr. Currall has been managing partner of Cognoscere, Inc., a private advisory group on cross-border mergers and acquisitions, executive search and coaching, with offices in San Francisco and Houston. She is responsible for overall practice development, service delivery and client management.

From 2011 to 2015, she was senior advisor for international development at the University of California, Davis. Among her accomplishments, Dr. Currall developed the university’s first international fundraising strategies.

From 2007 to 2009, Dr. Currall was a corporate psychologist for YSC, a United Kingdom-based global business psychology and executive coaching consulting firm. She assisted numerous global organizations, including HSBC, Royal Bank of Scotland and British Petroleum, with their top executive selection, evaluation and development.

From 2006 to 2009, Dr. Currall served as CEO for UCL Medical International, an international patient service start-up under the auspices of University College London. She designed the company’s structure and business and operational models.

Dr. Currall served as executive director of international services and development at Memorial Hermann Healthcare System in Houston from 2004 to 2006. She worked with faculty, clinicians, staff, administrators, government offices and international constituencies to establish patient-service networks in Mexico, Venezuela, Oman, Japan and China, among other responsibilities.

Dr. Currall also worked for Arthur Andersen Business Consulting from 1996 to 2000, where she was the co-founder of the global merger and acquisition integration practice, and served as senior manager for change management.

In the higher education sector, Dr. Currall was a professor of management practice at Rice University in Houston from 2001 to 2005. She also was an assistant professor at Shenyang University of Technology in China from 1982 to 1985.

Dr. Currall holds a doctoral degree in organizational behavior and global business strategy, and a master’s degree in educational psychology, both from Cornell University, and a bachelor’s degree in English from Liaoning University in China. She is certified by both Harvard Law School and Harvard Kennedy School of Government as an international business mediator.

She is married to Steven C. Currall, president of USF.