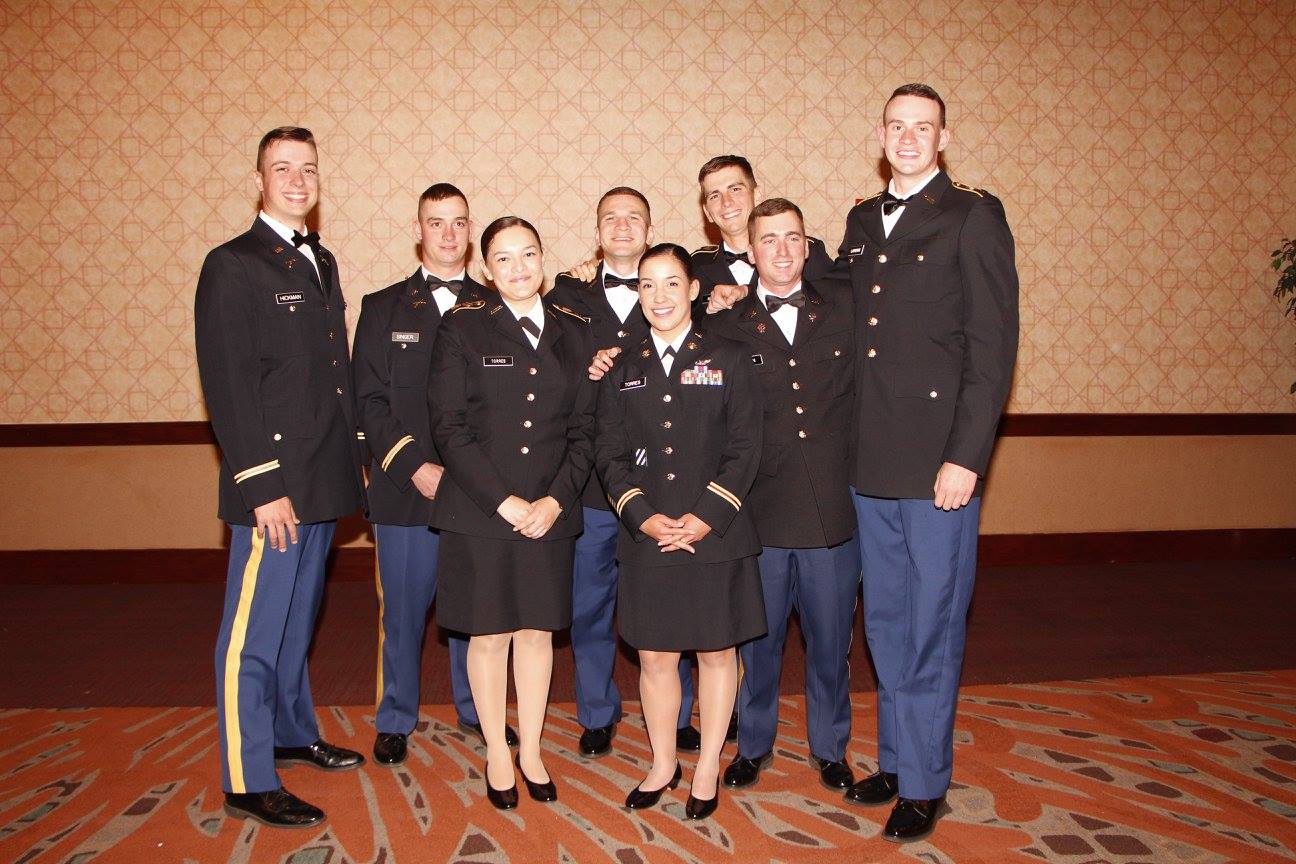 Army ROTC is a college elective for undergraduate and graduate students that provides unmatched leadership training. Through classes and field instruction, ROTC provides the pathway to being an Army Officer without interfering with one's studies. Being a college elective, students can choose to take the course for the first two (MSI - MSII) years without incurring any military obligation. If you do decide you're up to the challenge though, you can continue into MSIII and MSIV year while completing your degree. Once you graduate you will then be commissioned as a Second Lieutenant in the United States Army, Army Reserves or National Guard. Whichever path you take, Army ROTC will give you the leadership training and confidence needed in any career field.

As an Army ROTC cadet, you will participate in leadership laboratories, physical readiness training and attend a four-week Advanced Camp at Fort Knox, Kentucky before entering the MS-IV year. Cadets also have the opportunity to attend Cadet Initial Entry Training (CIET) at Fort Knox between MSII and MSIII year to help prepare for the advanced course the following year. Other Summer opportunities include attending Airborne, Air Assault, Cadet Troop Leading Training (CTLT) and Cultural Understanding and Language Proficiency Program (CULP) while in the program.

Alongside unrivaled leadership training, Army ROTC can help pay for your college. Contracted cadets are provided a monthly stipend to aid in college expenses ($300 - $500, based on year in college). Contracted cadets also have the opportunity to compete for an Army ROTC scholarship. The scholarships come in many different lengths from 2 to 4 years, and are merit based. The scholarship will either pay for college tuition or room and board (up to $5,000 a semester) in addition to a $600 textbook stipend awarded every semester.

The Suncoast Battalion lineage began in July 1975 with the approval of a cross-town enrollment agreement between the University of South Florida (USF) and the senior ROTC program at the University of Tampa (UT). On July 1, 1976, the U.S. Army Training and Doctrine Command (TRADOC) established the Tampa Area Instructor Group (TAIG). This consortium of Cadre taught Cadets at UT, USF Tampa, USF St. Petersburg (USF SP), Hillsborough Community College, Florida Southern College, Southeastern College, Polk Community College, St. Petersburg College. On November 7, 1979 by authority of General Order #2, a Senior ROTC "Bulls" Battalion was established on the USF Tampa campus. The "Bulls" Battalion grew and eventually became the "Suncoast Battalion" with the addition of cross-enrollment agreements between USF, Eckerd College, Hillsborough Community College, Saint Leo University, Saint Petersburg College and Pasco-Hernando State College. In March 2007 the U.S. Army Cadet Command (USACC) established USF as one of two "Super Host" Senior ROTC programs within the state of Florida. This doubled the size of the Cadre authorizations, tripled the Scholarship allocations, which in turn will double the size of the Cadet population. In April 2007 the Academic Programs Committee of the College of Arts and Sciences at USF St. Petersburg unanimously approved ROTC classes to be offered and taught on its campus beginning in Fall 2007.

Currently, the Suncoast Battalion continues to place in the top 10% of the 278 Senior ROTC programs in the nation. Our motto "We Can, We Will," is a testament to the dedication, professionalism and esprit de corps of both the Cadre and Cadets. We vow never to tarnish the sacred trust our nation places upon us as we train to lead the most precious resource our country has to offer; "Soldiers!"