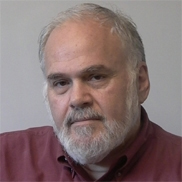 Ph.D. Illinois, 1976. Joined the Philosophy Department faculty at USF in 2004 after post-doc at the University of Chicago and many years at Virginia Tech. His principal interest concerns the relations between philosophy, science, and society in the early modern period. Ariew is the author of Descartes and the First Cartesians (Oxford Univ. Press, 2014) and Descartes and the Last Scholastics (Cornell Univ. Press, 1999), with a second, expanded edition, Descartes among the Scholastics (Brill Academic, 2011); he is the coauthor of Historical Dictionary of Descartes and Cartesian Philosophy (2nd ed., Rowman and Littlefield, 2015), and editor and translator of such works as Descartes, Philosophical Essays (Hackett, 2000) and Pascal, Pensées (Hackett, 2005). He has been awarded multiple fellowships by the National Endowment for the Humanities (NEH) and research grants by NEH and the National Science Foundation; he has co-directed three NEH Summer Seminars (on Galileo, Descartes, Hobbes, and Leibniz) with Daniel Garber. He is currently working on a variety of topics, including The Correspondence of René Descartes: New Critical Edition and Complete English Translation,  edited by Erik-Jan Bos, Theo Verbeek, and Roger Ariew, in Collaboration with Delphine Bellis, Sébastien Maronne, Carla Rita Palmerino, and Rudolf Rasch, 8 vols. (Oxford: Oxford Univ. Press).