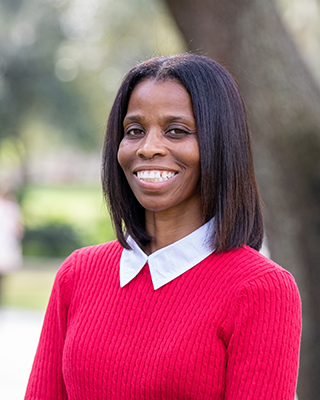 After seeing firsthand the difference technology has made in improving learning outcomes for her middle school students, USF graduate student Ora D. Tanner decided to go back to school to learn how to change the trajectory of future curriculum.

Before pursuing her doctoral studies, Tanner was an eighth grade science teacher at Ferrell Middle Magnet School, which at the time was a Title I/Renaissance school in Tampa. She quickly noticed a problem in her classroom and was moved to provide a solution.

She grew concerned with her students who were struggling to grasp science learning concepts.

“The students there were deemed as Level 1 and Level 2’s because of the FCAT, and by the time they got to me they had just systematically failed (in science),” Tanner said. “It was expected for them to fail again, but I was like ‘That’s not happening.’”

Instead of handing students a big packet of science worksheets to complete as they were used to, Tanner incorporated technology into her students' learning experiences and was able to observe how their engagement and comprehension drastically increased .

As a result of this change, the students who once claimed that they hated science began to excel.

With this mind, Tanner knew she wanted to learn more about how technology impacts a classroom so that she could help schools trying to tackle similar issues.

“I felt like I needed to go back to school so I can teach teachers that if they use technology in a meaningful way, the students who are low-performing — especially in science — will be more interested and engaged,” Tanner said.

Tanner earned her master’s degree in Physics at the University of South Florida prior to making a career shift towards education, so she had no doubts about returning to pursue her doctoral studies in instructional technology and education measurement.

Throughout her doctoral program, Tanner was able to understand that what she did in her classroom was based on research and theories that were already proven. Her academic journey allowed her to attain an educational research frame of mind, something she lacked previously while teaching.

Not only did Tanner learn how to combine physics with a technological aspect, she was also given the chance to create the online games for classrooms with specific needs and limitations.

“I didn’t know about game-based learning and game-based assessment until I came to USF,” Tanner said. “I didn't even know that was a thing.”

Tanner recalls one of her most memorable moments was helping a class of students who had access to only one laptop. The teacher knew the animated, cartoon-style of learning traditionally used in the classroom wasn’t going to make a difference for his students, so he urged Tanner to develop a learning game that included ‘real world and real life’ elements.

“We made a technology-based module for him and I actually used real pictures of their school and the areas around it,” Tanner said. “I took pictures of my son in different poses and I used his voice to guide them through the modules. The teacher said that students he had never seen before interested were participating and wanting to interact.” 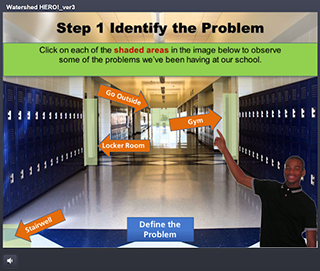 Tanner says this experience only motivated her to continue to create, design, and implement for students with certain styles of learning. In classrooms with few technological resources, Tanner was challenged to create game-based learning that best fits their needs.

Her experiences at USF and with students in Hillsborough County Public Schools and in nearby school districts has allowed her to explore many research interests, such as analyzing the effectiveness of narrative story, play, adventure, puzzles and reward systems in game-based learning.

Additionally, she has been able to create games in such a way that everything from the cast of characters to the overall structure has a distinctive purpose. One of her most popular games, “Chicken Collision,” is still being used in classrooms today since its launch in 2017.

To help make her games more relatable to students from minority and underrepresented populations, Tanner said she develops characters who better represent the diverse array of students playing her game.

“I made the main character (of Chicken Collision) an African American physics student because that’s something you wouldn’t normally see,” Tanner said. “All the other characters are female except for two, and they (female characters) are all well-versed and are making decisions.” 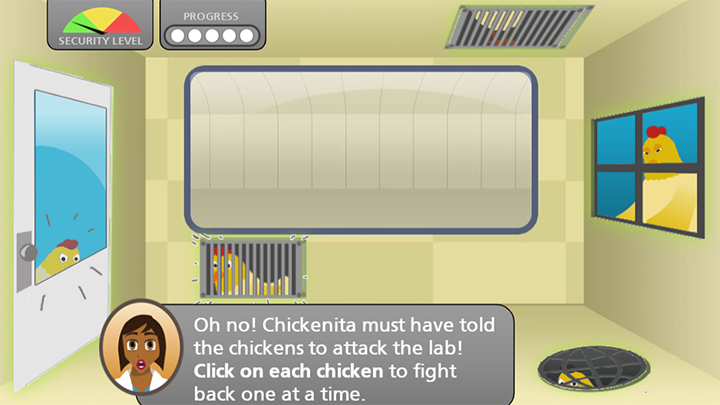 A screenshot of Tanner's game, "Chicken Collision," which she created to address misconceptions students have about balanced and unbalanced forces. The characters Tanner includes in her games are more reflective of the minority and underrepresented populations of students who play them.

Tanner doesn’t just want students to see people who look like them in the game she creates, she wants her games to normalize the idea that females and people of color are also individuals who make big impacts in a science context, too.

Tanner also enjoys creating games that let the students playing them be their own bosses.

“I’m not telling them what to do,” Tanner said. “I’m more like putting the power in their hands.”

Beyond game development, Tanner’s interests also center on technology equity and on the secondary digital divide—the disparity in how technology is implemented and used at impoverished schools versus more affluent ones.

While these topics stand to be an issue, Tanner has used her work to inform technology policy. This past summer, she completed a summer fellowship at the Aspen Tech Policy Hub in San Francisco. 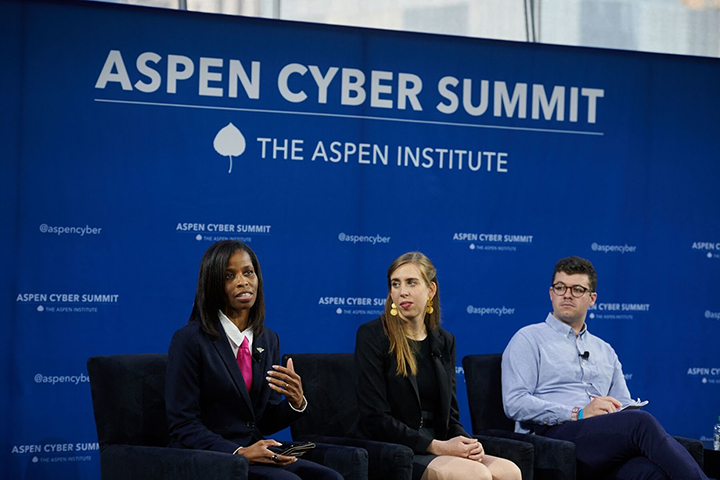 Tanner was one of 15 fellows selected for the Aspen Tech Policy Hub, a West Coast policy incubator created by The Aspen Institute to train a new generation of tech policy entrepreneurs.

Her plans for policy change include fighting policies and laws that may affect students and creating a platform for those not included in decision-making to have their voice heard, such as parents, educators and community leaders.

Her most recent work at the Aspen Tech Policy Hub centers around trying to change a law that wants to use student data to identify students who may be potential school shooters or threats to school safety.

“Florida lawmakers have built this huge database (called the Florida Schools Safety Portal) and they’re going to use all this data to determine whether they think a person is on the pathway to committing mass violence,” Tanner said. “There’s a lot of students who could potentially be impacted if this goes wrong.”

Tanner has spoken out publicly about the issue, participating in media interviews and writing several opinion pieces, all with the hope of raising awareness about the issue. At the end of the day, her passions lie in making sure technology is used in an ethical manner for students everywhere.

“I plan to continue my work at the intersection of education, technology, research and policy,” Tanner said. “I just want to bring other voices into the field.”

Tanner’s advice for anyone wanting to pursue a career in her field is to push the bounds. 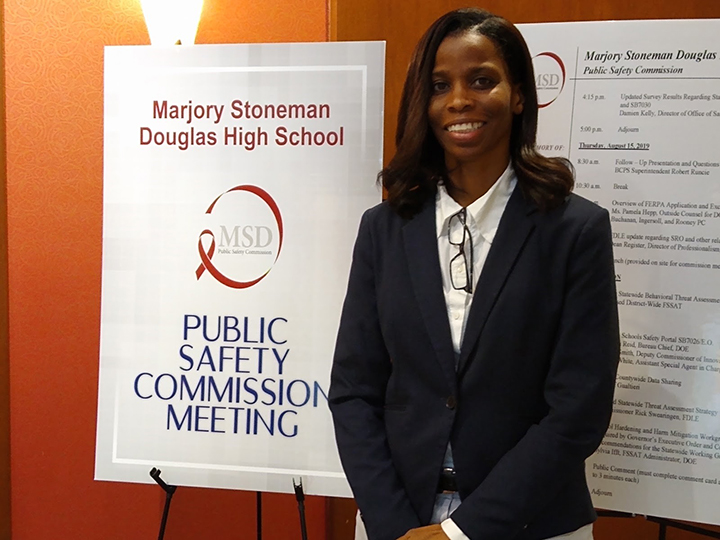 Tanner poses for a photo after giving a public comment based on her research for the Marjory Stoneman Douglas High School Public Safety Commission meeting.