The University of South Florida (USF) College of Education is proud to announce the recipients of the College’s 2021 Distinguished Alumni Awards.

Each year, the College of Education presents our Distinguished Alumni Awards to celebrate the outstanding accomplishments of our graduates. Recipients are selected by a committee of College of Education faculty, staff and administrators from nominations submitted by the USF community. 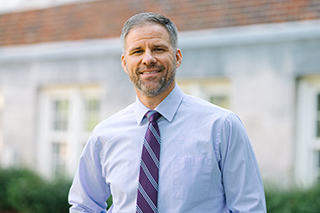 The recipient of the Dean’s Lifetime Achievement Alumni Award is recognized as a community member who has demonstrated long-term contributions, achievement and service within education or a related profession—on a local, state, regional, national and/or global level.

Troy Sadler graduated from USF in 2003 with a doctorate degree in curriculum and instruction with an emphasis in science education. Today, Sadler is the Thomas James Distinguished Professor in Experiential Learning at the University of North Carolina (UNC) at Chapel Hill’s School of Education.

Sadler started his career as a biology researcher and later transitioned into high school teaching. He soon began graduate-level research in science education and has continued this work for more than 20 years. His areas of expertise include experiential learning, socio-scientific issues and issues-based teaching and epistemic practices.

Sadler’s research focuses on how students negotiate complex socio-scientific issues and how these issues may be used as contexts for science learning. His work has been funded by national organizations including the National Science Foundation, the Institute of Education Sciences, the US Department of Education and the Howard Hughes Medical Institute. 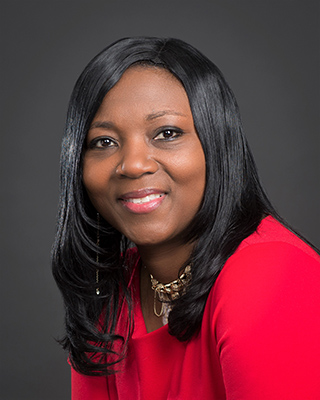 As a collaborative partner of the university and the College of Education, Frost works with the Florida Center for Partnerships in Arts-Integrated Teaching (PAInT) at the USF Sarasota-Manatee campus and coaches USF interns who complete their field experiences at Booker Middle School. While principal, she has maintained a personal goal of hiring at least one USF intern a year to join the faculty at Booker.

Frost is an alumna of the “Art of Leadership” Institute at Harvard University, an immersive educational experience that helped to foster her appreciation for and understanding of the complexities of leading in 21st century schools. She was also the first principal from the school district to serve on the Arts Schools Network board, a nonprofit association that aims to inspire emerging and seasoned leaders in K-16 arts schools by providing quality resources, support, and networking opportunities to elevate their institutions. As a board member, she currently serves as treasurer. 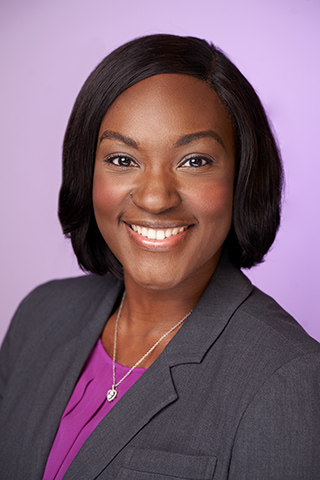 The Young Educators Alumni Award recognizes a graduate of the university who received their degree within the past 10 years and who is 35 years of age or younger. The award recognizes the work of a graduate who serves as an exemplary leader in the field of education among their peers and in their community.

A three-time USF graduate, Edna Jones Miller earned a bachelor’s degree in communications in 2006, a Master of Science degree in management in 2008 and a doctorate in curriculum and instruction in 2012. Today, Jones Miller is the inaugural dean of students and lead student affairs administrator at Valencia College’s downtown campus in Orlando.

Jones Miller has nearly 15 years of administration, teaching, research and writing experience and has dedicated her career to student success. In her role at Valencia College, she helped lead the development and implementation of an innovative partnership with the University of Central Florida Student Affairs team to offer a unique student experience to students at Valencia who will transfer to the university after completing their associate degree. As a result, students at the downtown campus benefit from joint services such as orientation, advising, student engagement and health and wellness activities.

Outside of her work in higher education, Jones Miller is the founder of “Wealth in Wisdom,” a personal development blog and coaching service. At the beginning of 2021, she also launched “Edna Jones Miller Enterprises, LLC,” a professional editing and consultation service.

About the University of South Florida:
The University of South Florida is a high-impact global research university dedicated to student success. Over the past 10 years, no other public university in the country has risen faster in U.S. News and World Report’s national university rankings than USF. Serving more than 50,000 students on campuses in Tampa, St. Petersburg and Sarasota-Manatee, USF is designated as a Preeminent State Research University by the Florida Board of Governors, placing it in the most elite category among the state’s 12 public universities. USF has earned widespread national recognition for its success graduating under-represented minority and limited-income students at rates equal to or higher than white and higher income students. USF is a member of the American Athletic Conference. Learn more at www.usf.edu.