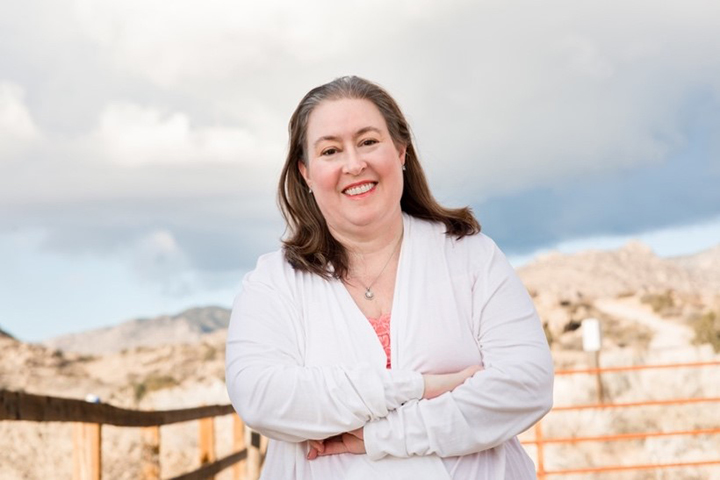 Dedicated to her role as director of a STEM schools project in Cairo, Egypt, USF graduate student Sara Leikin had no intention of pursuing a doctoral degree. When she learned about USF’s Doctor of Education (EdD) in Educational Program Development, she felt confident in her ability to continue her studies from a distance.

Before taking on a role as a French tutor while in college, Sara Leikin hadn’t envisioned a future as an educator, much less a principal or a director of STEM initiatives.

After graduating from Mount Holyoke College with a degree in International Relations and a minor in French, Leikin’s goal to work for the U.S. embassy quickly changed when she realized how motivated she was to improve her students’ tutoring experiences.

“I learned that I loved spending time with those kids,” Leikin said. “I loved thinking about how I was going to get them to understand a concept…So, I ended up getting a master’s in education and that began my 10 years of teaching in the classroom.”

While an educator at two high schools in Ohio and Georgia, Leikin grew in her practice and began developing professional development workshops for her colleagues, an experience that led her to expand her impact in places like the International High School of New Orleans, a school she helped open in 2009 following the devastation caused by Hurricane Katrina.

In her position as founding head, Leikin learned how to effectively lead a turnaround program. Navigating challenges in a recovering school district wasn’t easy, Leikin shared, but there’s one key element that drove her success with students, teachers and the overall school community.

“When you come to a place where there’s been trauma, you have to have an asset-based approach,” Leikin said. “There’s always benefit, community and powerful things happening if you go with the mindset that you’re there as a guest, as someone who wants to learn and support.”

Following her time at New Orleans, which she deems as the “hardest, most rewarding work” she’s done, in 2014 Leikin traveled across the world to support teachers’ development as director of The Franklin Institute’s Egypt STEM Schools Project in Cairo, Egypt. 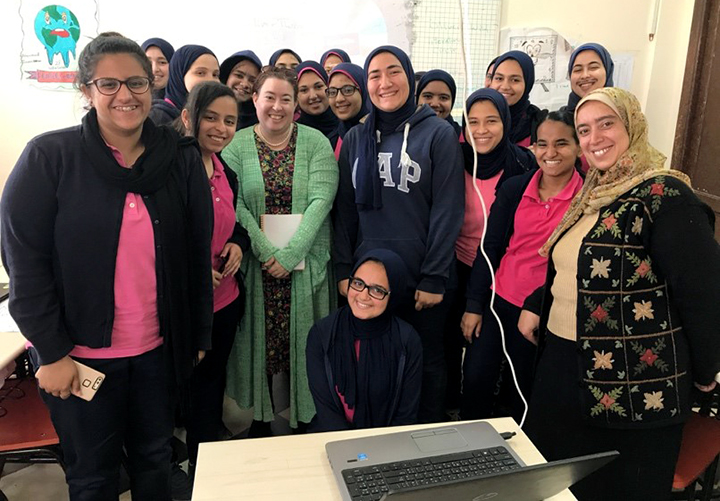 It was after arriving in Egypt that she learned about USF’s EdD in Educational Program Development and decided that furthering her academic path now made sense.

“I never wanted a doctorate because I couldn’t find a program that met what I was looking for,” Leikin said. “But I got to thinking about it in Egypt and when I began researching, I happened to pull up USF’s EdD program and I was impressed. I felt that I would truly have an opportunity to research the areas of education innovation that appealed to me.”

Eager to enroll, Leikin reached out to program coordinator Howard Johnston, PhD, a USF Emeritus Professor of Teaching and Learning who advised her to join the program a month before the first cohort began.

After being accepted into the program, Leikin boarded a 13-hour flight towards Tampa and attended her first class at USF. For two years, she was able to continue her studies overseas while remaining immersed in her coursework.

“I was really grateful for the flexibility that USF afforded me,” Leikin said. “They let me ‘Zoom’ into classes before everyone was ‘zooming’ into classes. They gave me the ability to still feel engaged with cohort members and professors while I traveled.”

Throughout her journey in the College of Education, Leikin has not only gained a mindset focused on theory, but the classes she’s taken have also enabled her to better understand her grant-funded work in Egypt.

Opening 11 schools and training more than 200 educators and leaders has created experiences that Leikin pieced together for her dissertation. 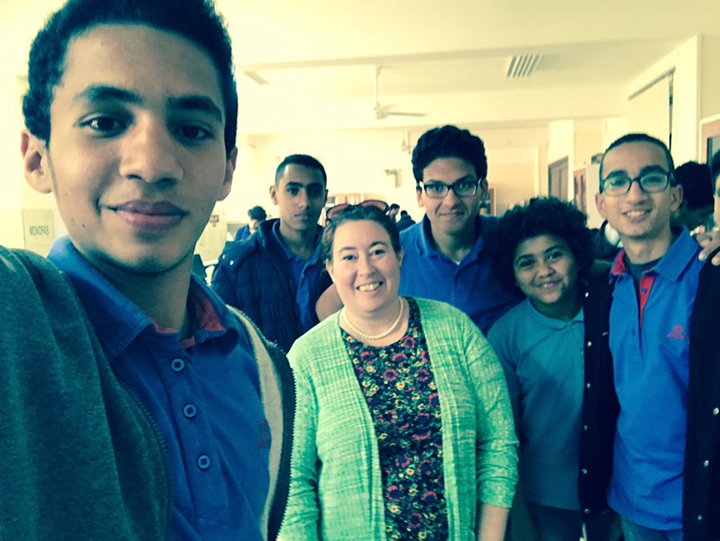 Sara Leikin with a group of students in Alexandria STEM School’s Fab Lab.

When she reflects on her time in the EdD program, Leikin says she can’t imagine doing anything differently. Working with a group of individuals from a diversity of backgrounds helped her gain multiple perspectives.

“In our cohort, there’s folks who are classroom teachers, school leaders, people in a government space and people in the private sector,” Leikin said. “So, I think it was really interesting to have access to those different kinds of thinking and yet, still be singularly focused on innovation in education.”

Today, Leikin works as a director of business development and partnerships for the National Math and Science Initiative in Dallas, Texas and plans to defend her dissertation proposal this spring. Her advice to individuals who aspire to impact children through leadership roles is to always put students and teachers first.

“A lot of times you see the leadership pyramid and the leaders are at the top, but one mentor principal told me, ‘You have to flip that upside-down,’” Leikin shared. “The principal is at the bottom and everyone else is above because that’s who you’re supporting…That’s the only way it’ll work.”

USF's Doctor of Education (EdD) in Educational Program Development with a concentration in Educational Innovation prepares graduates to create, launch and evaluate promising, sustainable innovations in their own professional settings. The program is open to those who work in Pre-K through grade 12 settings, and is also open to post-secondary educators and educational professionals who work in the private sector, with nonprofits, or other government or service agencies.