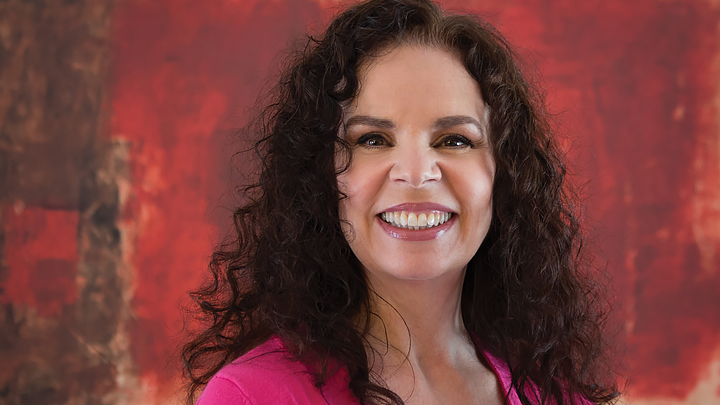 WHAT MATTERS MOST as we age?

It’s a simple question, but one likely to elicit deeply personal and ever-changing responses as we grow older.

For Kathy Black, a professor of aging studies on the USF Sarasota-Manatee campus, this is one of the most important questions a gerontologist can ask because it speaks to well-being, a key factor in healthy living. She began asking it in a meaningful way 10 years ago.

In 2010, Black and fellow gerontologist Debra Dobbs of the USF School of Aging began exploring issues around aging with dignity and independence as part of a study involving more than 500 Sarasota County residents 65 and older.

Their findings were published in the journal Activities, Adaptation & Aging, “Community-Dwelling Older Adults’ Perspective on What Matters Most: Findings from an Exploratory Inquiry.” More than a decade ago, participants were asked what really matters as we age. Their replies aggregated around five overarching themes:

Informing the future of her work, Black says the study changed how she viewed aging and impacted her subsequent research. Up to that point, she says, she studied planning in advance for care through the end of life, which represents the nation’s prevailing understanding of aging as a period of disease and decline.

Previously trained as a nurse and social worker, Black says she agrees with the importance of planning for future care needs, as most older adults do face multiple chronic conditions with age.

“However, when we conducted our community-based research study, asking what mattered most, we learned firsthand that people weren’t worried about care needs,” she says. “What mattered to them was staying independent and being able to get around and live their lives. What mattered was living fully, engaging with others and participating in life.

“This study changed me. I now incorporate the voice of older adults into my research to ensure that what is referred to as the ‘authentic-lived experience’ is included,” she says.

Fast forward to the age-friendly community report that Black conducted among nearly 1,200 Sarasota County residents and the resultant action plan that was created in 2017. Overwhelmingly, the community blueprint is based on quality-of-life measures such as the connectedness of community to health through urban planning, housing, transportation and more.

Now a leading scholar and proponent of the global “age-friendly” movement, Black is often called to advise city, county and state officials on methods for helping people live more fully as they age. This can lead to a host of changes, from easy-access doors and buses to age-friendly building codes for “senior housing” and public spaces.

“Becoming age-friendly means recognizing that we change as we grow older and allowing for accommodations during this change,” she says. “Not every accommodation needs to be sudden and sweeping. Some can be simple, common-sense things that nevertheless improve people’s lives.”

Black’s work has resulted in invitations to several prominent organizations, including the American Association for Retired People (AARP), where she serves as an Age-Friendly Communities liaison, consulting with communities statewide striving to become age-friendly under the World Health Organization’s (WHO) guidelines.

As a researcher who is dedicated to community engagement and outreach, Black has served as an advocate for age-friendly community practices across the state. To date, 36 Florida communities, including Sarasota County, have joined the global Age-Friendly Community network. In April 2019, Gov. Ron DeSantis announced that Florida was designated as the fourth state in the nation to join the AARP Network of Age-Friendly States.

In addition, Black is one of six people worldwide selected by the WHO to train leaders on creating healthy-aging practices, policies and programs for their host nations.

“This is a growing movement that continues to align traditional players in aging with newer players,” Black says. “In 2015, when Sarasota joined, there were 60 age-friendly communities in the U.S. Now, it’s nearly 500 and growing.”

Editor’s Note: This story reprinted from the third edition of the USF Sarasota-Manatee campus Research Magazine.