Coronavirus (COVID-19): Students, faculty and staff are reminded to complete the USF Daily Symptom Tracker before coming to campus. Continue to monitor email for updates. Where possible, USF employees are to work remotely until further notice. View all updates and frequently asked questions.

We are One USF 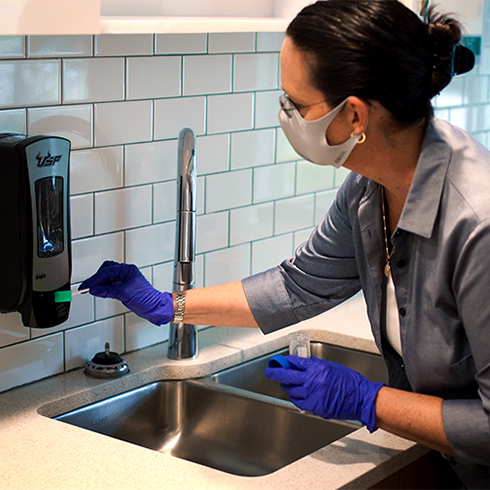 Every week, University of South Florida Housing & Residential Education staff swab hundreds of high-touch areas across the university’s housing facilities. The effort is part of USF’s multi-faceted approach to monitoring and mitigating the spread of COVID-19. 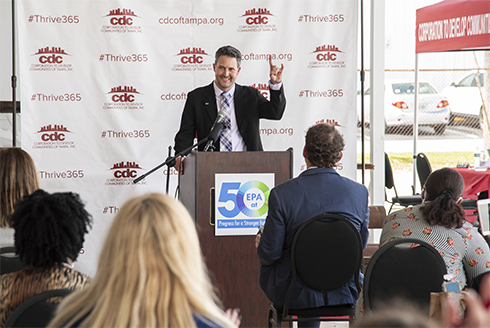 The USF Center for Brownfields Research & Redevelopment is launching a program designed to clean up contaminated neighborhoods while creating jobs for residents. 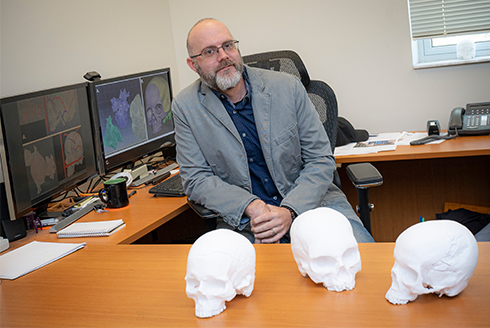 The digital reconstructions of three human skulls created at the University of South Florida are being used as evidence in a high-profile murder trial in California.

The University of South Florida is once again the fastest-rising university in America, according to U.S. News and World Report’s (U.S. News) 2021 Best Colleges rankings released today. Over the past 10 years, USF has risen 78 spots among all universities, from No. 181 to No. 103, and 54 spots among public universities from No. 100 to No. 46, more than any other university in the country. This is the second consecutive year USF is among the top 50 public universities in the nation, according to U.S. News.

Program supports access to higher education in the Tampa Bay region by providing students with another pathway into USF.

The University of South Florida’s College of Marine Science has been awarded a five-year, $9 million cooperative agreement by the National Oceanic and Atmospheric Administration’s Office of Coast Survey to launch the Center for Ocean Mapping and Innovative Technologies.