Kostas Kalimtzis received his Ph.D. in philosophy from the University of South Florida. He is the author of Aristotle on Political Enmity and Disease: An Inquiry into Stasis; Taming Anger: The Hellenic Approach to the Limitations of Reason; and, An Inquiry into the Philosophical Concept of Scholê: Leisure as a Political End. He has edited a number of books and published on a variety of subjects in ancient Greek philosophy. He has served on the board of the International Association for Greek Philosophy, is an Honorary Research Associate at the Hellenic Institute at Royal Holloway, UK, and was a lecturer at the Arcadia Center for Hellenic, Mediterranean and Balkan Studies and Research, Athens, Greece. 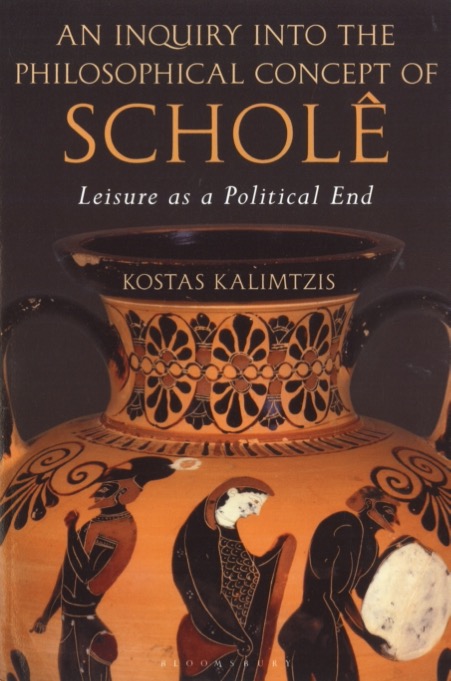 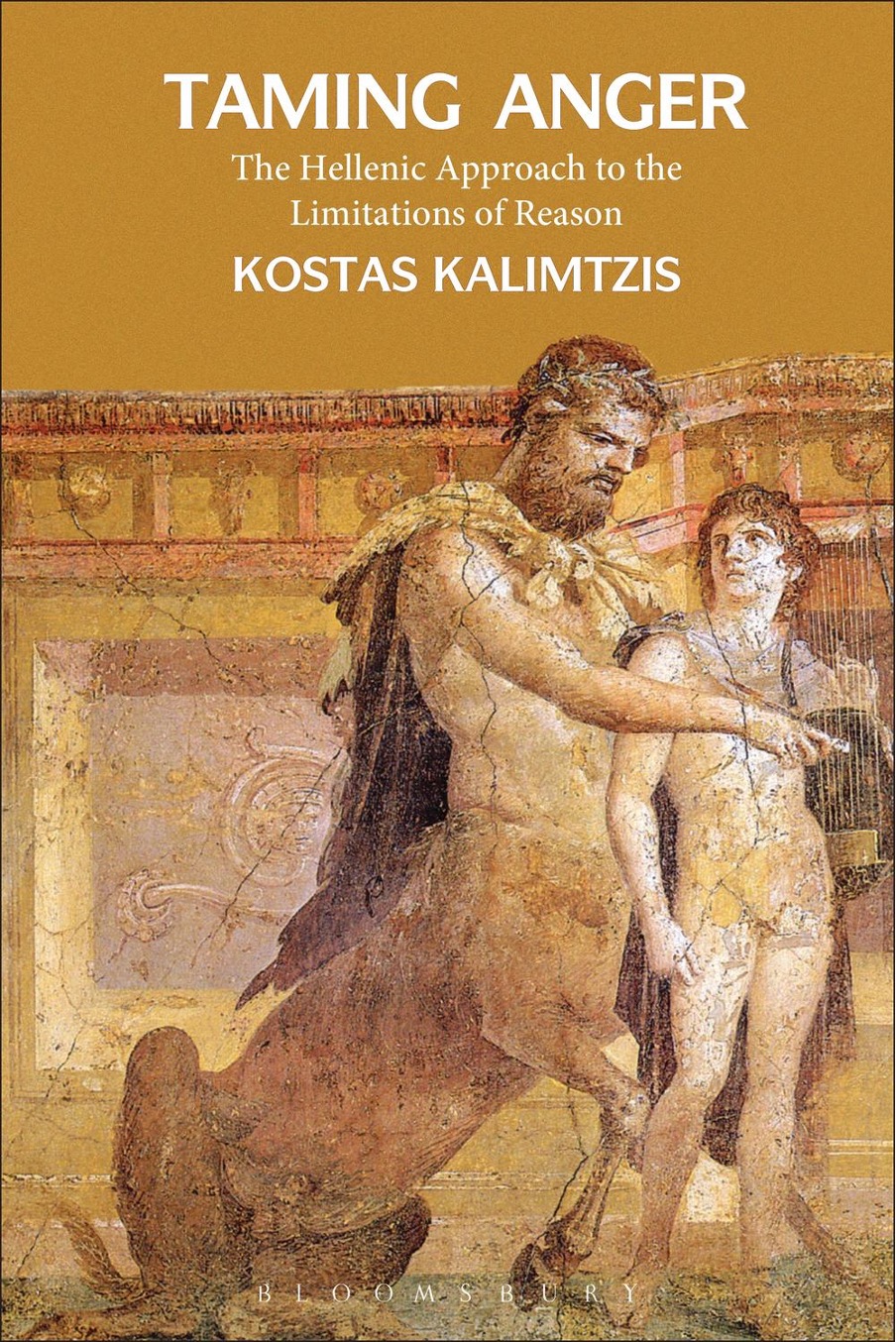 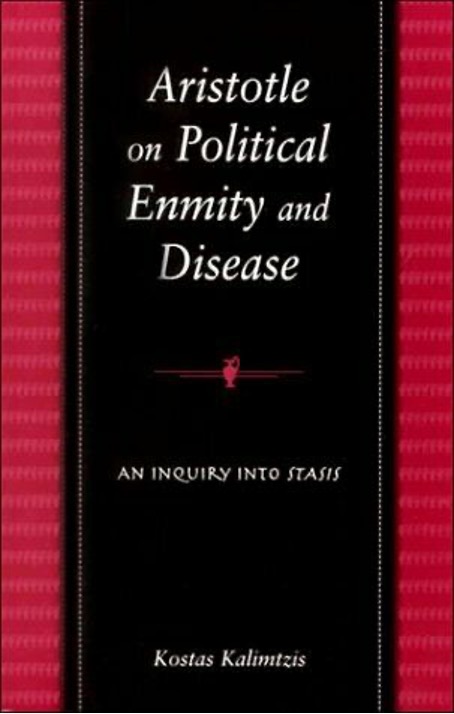 The USF philosophy department gave me far more than a degree. The program that I graduated from developed within me that most enchanting, yet at the same time the most troubling, of all human feelings, the power to wonder. The word for wonder in Greek is to thaumazein. Plato states that “Doubtless this element, to thaumazein, is the trait that belongs to the philosopher, for the origin of philosophy is none other than this.”  But wondering is not without its difficulties. The first phase that of awe indeed is a pleasure, but the ensuing consciousness of one’s ignorance can cause intense anxiety.
In 1986, when I enrolled as a student in the then Master’s Program in Philosophy, the department was a freewheeling intellectual vortex that grabbed students into a thrilling whirl of inquiry.  The Chairman of the Department then was Willis Truitt, an avowed Communist, whose classes opened up new pathways for research especially in aesthetics and moral and political philosophy. Willis shook up the dogmatic cobwebs no matter what form they had taken and he aggressively challenged unexamined concepts and he would not retreat until he had managed to give birth within the receptive student to problems and puzzles in the place of orthodoxies. There was John Anton, a staid world renowned scholar in ancient Greek philosophy whose greatest effect on me came in our off-campus beer drinking and sandwich-munching Symposia in which we discussed topics that spanned the ages.  In Joanne Waugh’s classes one learned to read the classics with eyes turned to the great issues of our times. Professor Silver, a true eccentric, was always at an angle to the universe. Though one came to his classes expecting to take a routine text-book course in such topics as American or Modern Philosophy one left forever cautious of the well-beaten paths of exegesis.  In Professor Turner’s classes we would gather around a large table as he slowly drew us into the subject matter in ways that forced each one of us to think of relevance, of the evolution of the traditions in which the theories under examination had been developed, and always with a demand that we be able to communicate our findings in papers and oral presentations.
The thrill of the experience, nearly 35 years later, moves me to this day; it has left an aesthetic imprint within me that makes me aware that to approach any subject I must first bring to life that desire that was sparked within me by my teachers. My experience confirmed for me Aristotle’s claim that “all humans by nature have appetite to know”. Thus in writing and in teaching I was guided by the view that one has the obligation to arouse this natural impulse – especially if one is blessed with the opportunity to teach in a university setting, for here the reduction of everything to objects of utility is overcome and the freedom to wonder and to inquire, without any purpose other than the sheer joy of knowing, is the norm. This outlook of the program allowed me to develop immunity to the ideologies that are forcefully intruding themselves into the learning process. Ideologies, whether these be of the left or the right – it really does not matter – are suppressors, for they have answers readymade for every doubt; their militant cries terrorize sensitive souls who might have bucked the trends and dallied a bit in their ignorance. Fortunately, the USF program was antagonistic to such entanglements. Instead, it promoted in diverse ways the experience of the activity of mind and it strengthened over time our ability to live with the doubts and confusions of wonder, and it gave, through its curriculum and its inspired teachers, the ability to trust in one’s powers to seek out knowledge with appropriate methods.
When I graduated, I made no effort to apply for a teaching position because I had two sons in College and could not afford to abandon my environmental engineering profession. Fortunately, philosophy, and not my profession, had come to define both who I was and my way of life. I recall, in one of my toxic waste remediation projects (located within the Arctic Circle) that I would return to my hotel frozen to the core, but once recovered after a steaming bath I would take out my ancient texts to work into the night on my book. In the daytime I worked, in the evenings though I was active as a free person, something made possible because the powers within me for living a self-directed life had matured at USF.
Years later when I had the means to abandon my profession I moved to Athens Greece. One evening I was present at a gathering where, as luck would have it, the Academic Director for an American Study Abroad Program was present. During the cocktail hour I was asked a question about peace studies and the next day I received a phone call from the director asking me if I would be willing to teach Ancient Greek philosophy courses to American undergraduate students. I taught there for 16 years until the program was abruptly terminated due to the Covid health crisis. In this teaching activity and in the few books that I have written I have tried to stay true to the erotic approach that molded me at USF, the one that seeks to reproduce in others by planting seeds, some of which may grow and blossom in the fertile minds of others. For this I remain forever grateful.