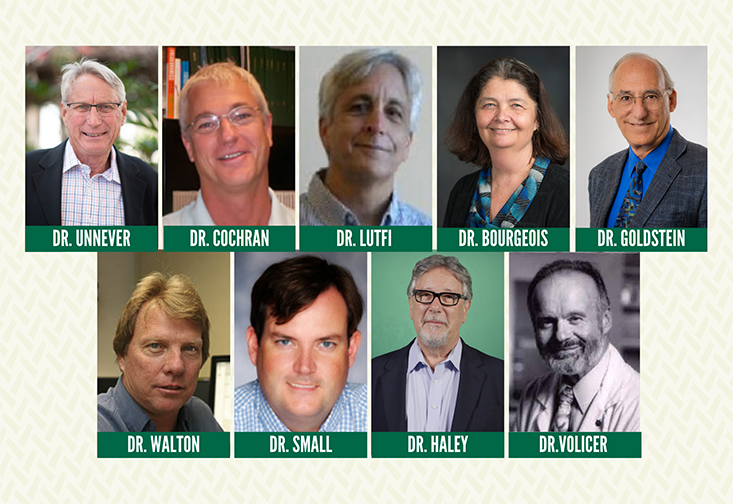 Multiple CBCS faculty members have been ranked in the top 2% of cited scientists in the world in a recent study conducted by Stanford researchers and Elsevier BV. Drs. Michelle Bourgeois, Howard Goldstein, Robert Lutfi, and Joseph Walton from the Department of Communication Sciences and Disorders were listed, as well as Drs. John Cochran and James D. Unnever from Criminology. Additionally, Drs. William Haley, Brent Small, and Ladislav Volicer represented the School of Aging Studies. The ranking method is based upon a composite of standardized metrics and is led by Stanford University statistician Joan Ioannidis.