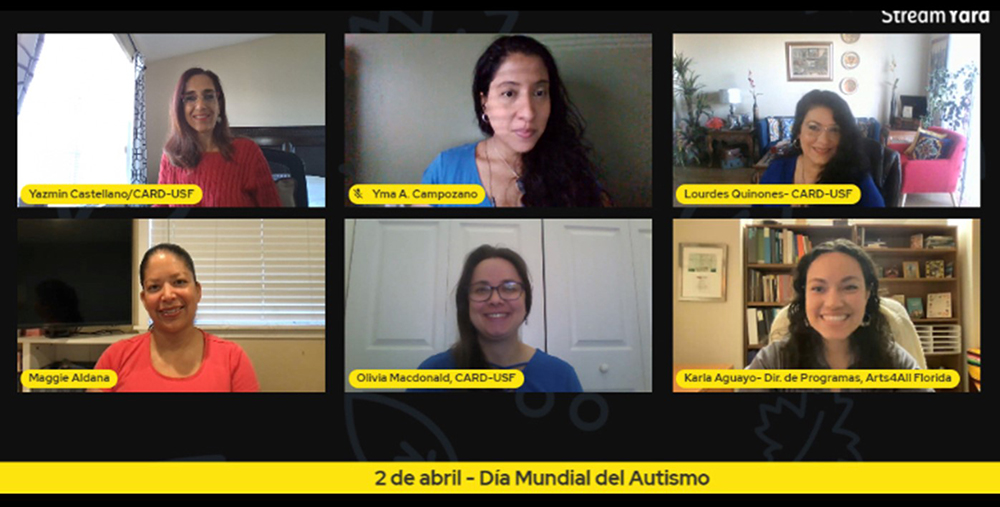 La Hora del Cafecito (The Hour of Coffee) is an online initiative that educates and inform Hispanics who are connected to someone with Autism.

After meeting at a USF Center for Autism and Related Disabilities (CARD) conference last year, two College of Education graduates and an employee in USF’s Department of Child and Family Studies emerged with an idea to educate the Hispanic community on autism-related issues.

A few weeks later, Lourdes Quinones, Maggie Aldana and Yazmin Castellano launched “La Hora Del Cafecito,” or in English, “The Hour of Coffee,” a free webcast that provides information about autism spectrum disorders to parents, relatives, caregivers and professionals who are connected to someone with autism.

The goal of the project is to share useful and easily understood information with families, said Quinones, a CARD consultant and doctoral student in the USF College of Education’s Special Education Program.

According to the Centers for Disease Control and Prevention (CDC), autism effects 1 in 54 individuals under the age of 21. CDC research also shows that Black and Hispanic children are evaluated for autism much later than White children who are on the spectrum, a statistic that Quinones says shows families don’t know there are services available and how to access them.

When speaking on the barriers that exist in the Hispanic community, Aldana, who graduated from USF in 2014 and now serves as chair of the Constituency Board for USF CARD, said factors such as over-protectiveness, stigmas associated with disabilities and limited English proficiency contribute to the issue.

“If information is hard enough to get in English, imagine how hard it is for someone who speaks Spanish?” Aldana said. “Unless someone tells you, ‘Hey, did you know this was available?’ you’re not going to look.” 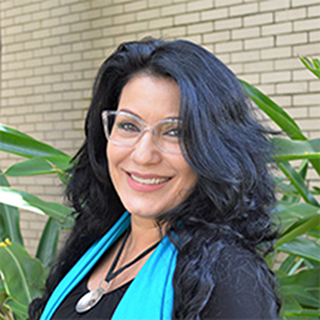 Lourdes Quinones is a physical therapist and a consultant for the USF Center for Autism and Related Disabilities (CARD).

Inspired by her physical therapy visits to Hispanic households, Quinones knew La Hora Del Cafecito had to take on the kind of structure she had seen throughout her 20 years of helping children with disabilities.

Viewers who watch the program through Zoom, Facebook or YouTube make sure to have a steaming coffee in hand while interacting with Quinones, who leads conversations with a talk show-like persona that’s often seen in popular Hispanic shows like La Comay, Cristina and Caso Cerrado.

Viewers who tune in on Fridays at 10 a.m. hear from a group of panelists and invited experts who specialize in teaching, special education, public health, physical therapy and psychology.

Since the show’s premier in February of last year, Quinones and her team have introduced several topics of interest for their target audience, such as information on screenings and diagnosis, approaches to online learning, conversations about mental health and discussions about the resources and services that exist for children with autism living in the Tampa Bay area.

Yadira Calderon, a viewer who has a teenage daughter with autism, says she watches La Hora Del Cafecito from her home in Nashville, Tenn. When asked about how the show has provided her with support, Calderon expressed the impact the program has had on her as a parent.

“It’s so important to have a variety of resources that will help promote quality of life (for children with autism) because I believe our children have a purpose in their lives,” Calderon said. “La Hora Del Cafecito supports that premise and has taken steps to include a variety of voices in the (autism) community.”

Listeners of the program have heard from special guests who are part of this community, including a mother of two boys with autism, a mother whose daughter has autism and a sister of someone who’s on the spectrum. Going forward, the team says they want to bring in additional perspectives and focus the show’s message on giving hope.

“We want to show parents that it’s not all a gloomy future,” Aldana said. “Yes, you’re going to have challenges but yes, you could overcome these challenges with proper strategies, therapies and by going out and getting the help you need.”