A Perfect Storm for DACA Recipients and their Families 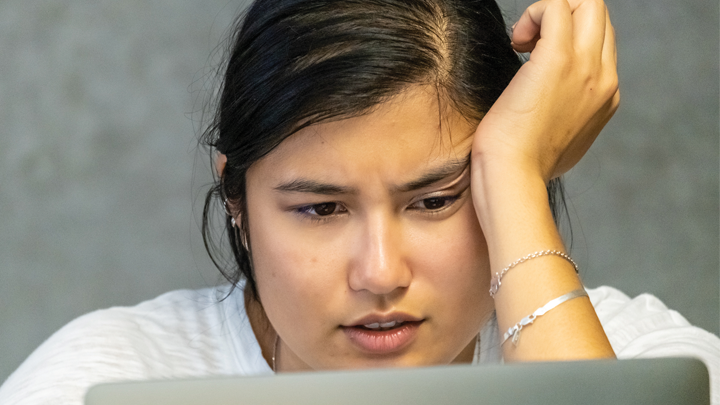 Undocumented young adults in Florida wake up each day faced with myriad uncerntainties, and two social scientists at USF are exploring how immigrants ages 18-30 navigate their many challenges. [Juanmonino | iStock]

UNDOCUMENTED YOUNG ADULTS IN Florida wake up each day faced with myriad uncertainties, and two social scientists at USF are exploring how immigrants ages 18-30 navigate their many challenges.

And just as policy changes and court decisions have impacted the lives of Deferred Action for Childhood Arrivals (DACA) recipients, so have they impacted the researchers’ work.

Their original plan was to interview 120 young adults, and two Tampa Bay immigrant organizations were helping the researchers find participants.

“Prior to this study, both Heide and I had worked with immigrant youth and it wasn’t a challenge to recruit people to interview,” Aranda says. “After that decision, it seemed people were afraid their DACA status would be revoked and they just stopped talking to us.”

At that point, Aranda and Castañeda had interviewed about 50 people and decided to conduct further interviews with that smaller group because “it was a great opportunity to follow their experiences in real time as policies changed,” Castañeda explains. That process has been ongoing, and the researchers also added an online component to include about 50 more participants.

They believe that Florida has been largely neglected in undocumented immigrant research, noting that the state’s immigrant profile is significantly different than two other states most often cited in the research, California and Texas.

“Both of us are interested in the experience of being undocumented, the experiences of the youths and the emotional transitions they go through as they navigate life with uncertain legal status,” Castañeda says.

The transition to adulthood, Aranda adds, is a critical period.

“We’re looking at how this uncertainty, in terms of their status, changes their trajectory into adulthood as far as choices they have to make,” she says, referring to entering the work force, going to college and starting a family. “We’re also looking at how they deal emotionally and socially with various policy shocks. From one interview to the next, there could have been news about some sort of legal decision related to DACA, who challenged it, what court is it going to next. People really feel like their lives are being jerked around.”

The policy shocks add up to a pattern of experiences over time “that brings to light the precarity, the uncertainty, the anxiety that these young adults live with on a daily basis,” Castañeda says.

“Many of them are very skeptical,” she says. “They know that this summer’s Supreme Court decision upholding DACA isn’t the end of this. Even though there may have been a momentary celebration, the overall mood is uncertainty and skepticism.”

Yet, the researchers have found the study participants to be very resilient.

“With each policy shock, there’s a period of mourning but people also would bounce back and talk about their future, about what would happen if DACA expired,” Aranda says. “They think about what they can get done before it expires – ‘if I can get my degree and in a worst-case scenario, if I get deported, then maybe I can get a job in my home country.’ Along with all the uncertainty, they deal with anti-immigrant rhetoric. One young adult told us, ‘I feel like I’m in a country that hates me and people like me.’”

They also have to take on additional responsibilities that may be substantially greater than other people their age.

“One of our participants is a USF student and his parents are undocumented, so they don’t have driver’s licenses,” Castañeda says. “Since he’s DACA, he was able to get a license. His parents clean offices and stores in the evening, and this student drives them to all of these places so they can earn an income. He sleeps two hours a night, gets up, and goes to his classes. So, they are dealing with fear and with additional responsibilities.”

The coronavirus pandemic has added significant stress in the lives of DACA recipients.

“Many undocumented youths and their families are front-line workers, in agriculture, in restaurant and hotel settings, and many of those jobs have been cut,” Castañeda says. “Many of the young adults talk about suffering financially. People who are undocumented were not eligible for stimulus checks through the federal CARES Act, and on top of everything else, they often don’t have adequate health-care access.

“It’s a perfect storm of terrible pre-existing conditions for these youths and families, combined with the pandemic,” she adds.

Aranda and Castañeda plan to continue their research through the fall, after which they will assess the data they have collected and generate policy papers. While there are benefits to DACA, they don’t believe it is the best solution because of its temporary nature. Undocumented immigrants previously had to re-apply for DACA status every two years; in July, the Trump administration announced it would require recipients to re-apply annually.

“When we talk about policy implications, we consider what the data indicate are the best possible solutions to these issues,” Aranda says. “We don’t agree that DACA is the best solution; rather, it should be something more permanent that reduces the vulnerability of these young adults.”

The researchers’ goal, Aranda says, “is to drive home more of a recognition of what this group goes through so the broader population not only understands those challenges but also why we need solutions that better the community. A lot of these young adults are contributing to front-line efforts now as teachers, in health care, working in grocery stores. What is the loss if we deport this whole segment of the population? What kind of human capital loss do we as a society experience? What are the best solutions not just for this group, but for society in general?”