Professor of Philosophy Martin Schönfeld died unexpectedly on Sunday, June 21, near Meinong, Taiwan.  Martin is survived by his wife, Diane Liu, his parents, Roland and Renate Schönfeld, and his younger siblings Christiane Schönfeld and Michael Schönfeld.

Martin was born in Regensburg, Bavaria, in February 1963. 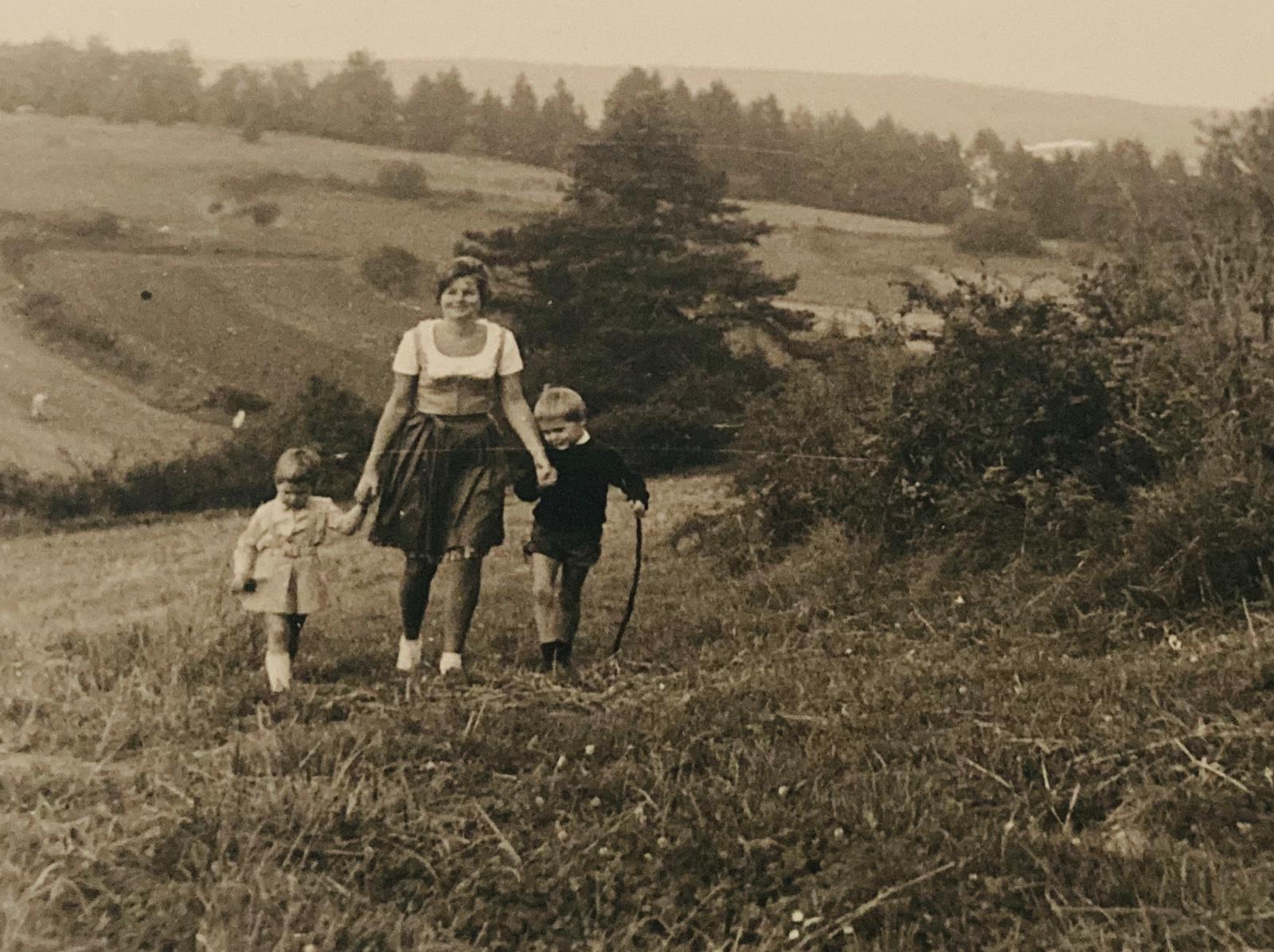 From left:  sister Christiane, mother Renate, and Martin Schönfeld on a walk near Parsberg, Bavaria, in 1969.  Used by permission of Christiane Schönfeld.

From a young age Martin was a talented and passionate artist, as well as an avid cyclist, pedaling to the top of Germany's highest peak, the Zugspitze, at age 15. 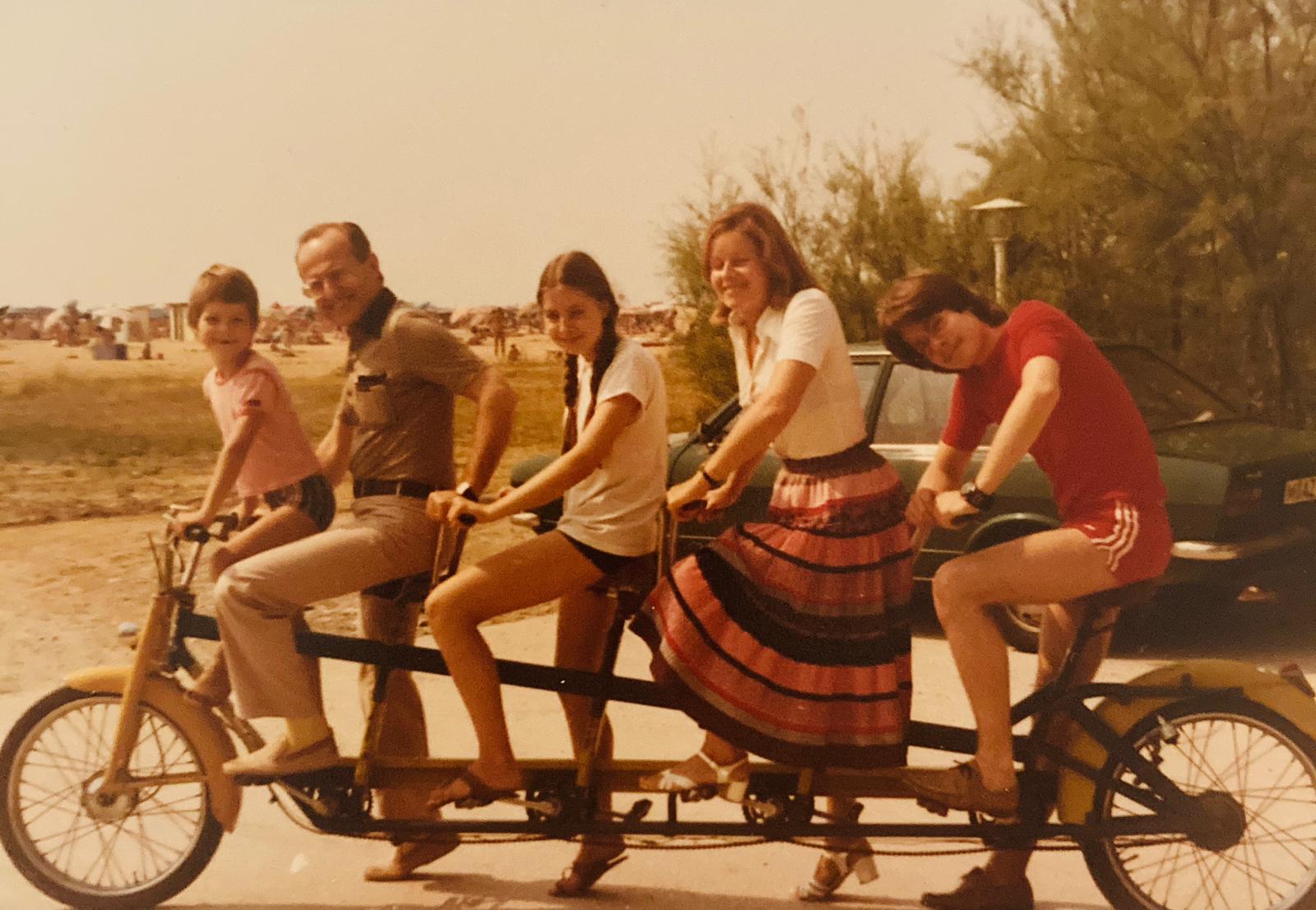 From Left:  Michael, Roland, Christiane, Renate, and Martin Schönfeld in Italy on a quad tandem in 1978.  Used by permission of Christiane Schönfeld.

Martin's love and appreciation for nature and his environmental awareness evolved into political activism from the late 1970s onwards. He supported West Germany’s brand new Green Party (Die Grünen), Amnesty International, and the peace movement, regularly joining demonstrations against Pershing II missiles at the US military base in Mutlangen, or against plans to build a nuclear reprocessing plant in Wackersdorf, Bavaria [the plant was never completed due to the protests]. He was always eager to share his views and persuade others to join the cause. One could say that his studies and, later, work in philosophy became an extension of that desire to make the world a better place.

Martin earned his BA-equivalencies in Philosophy and English at his hometown Universität Regensburg in 1984 and 1985. After a year of postgraduate work in Philosophy at the Ludwig-Maximilians-Universität in Munich, he came to the United States to pursue further studies, earning an MA in Philosophy at the University of Georgia in 1988 and a Ph.D. in Philosophy at Indiana University in 1995. His dissertation became his first book, The Philosophy of the Young Kant: The Precritical Project (Oxford, 2000). In addition to editing another book and many journal issues, he published translations of several neglected works by Kant, along with numerous journal articles and book chapters on Kant, pre-Kantian German Philosophy, Environmental Philosophy, and Confucian Philosophy. He joined the USF Department of Philosophy in 1995 and was a mainstay of our Ph.D. program practically since its inception, serving as major professor, co-major professor, and committee member for numerous doctoral students. 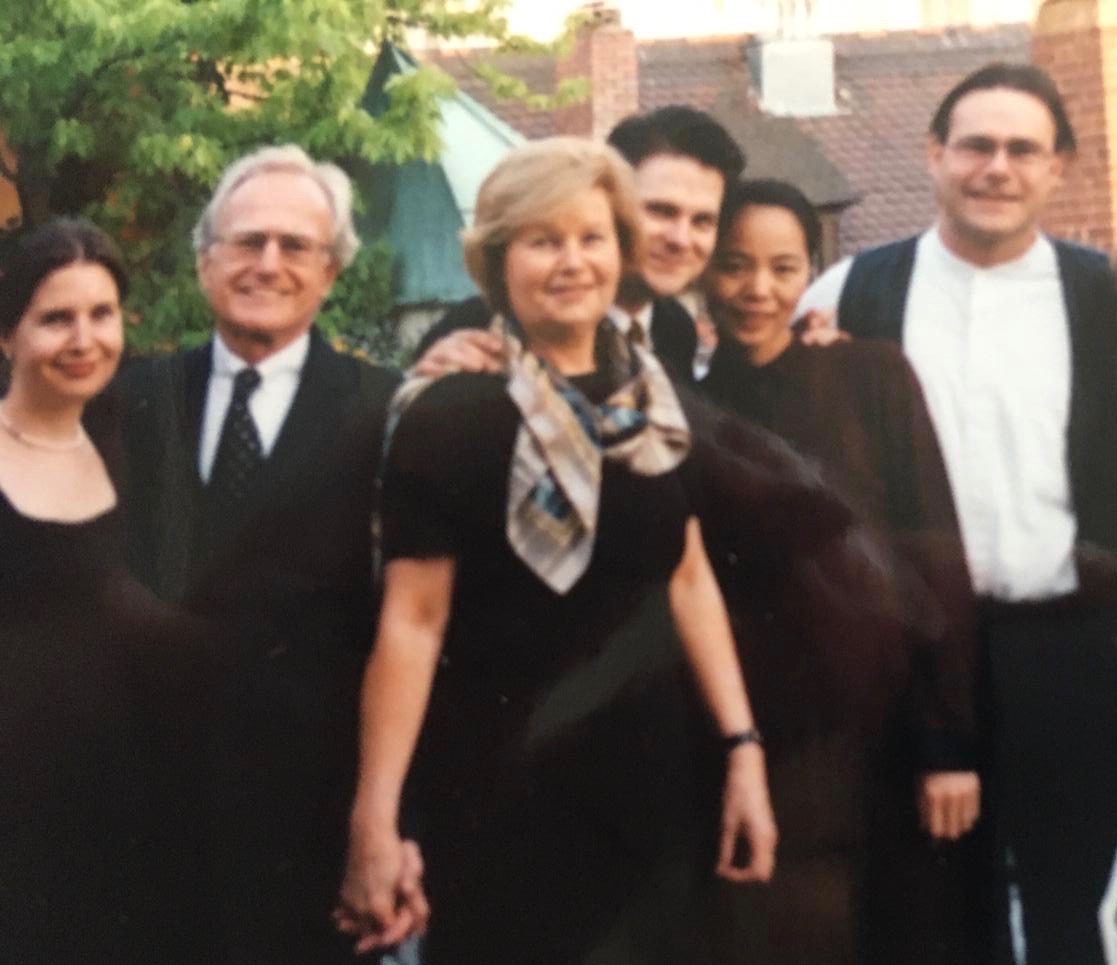 While pursuing his cycling passion in a national park in Taiwan on Christmas Day, 2019, Martin was apparently run off the road into a ditch by a passing motorist.  He was discovered unconscious, suffering from numerous injuries, the most serious of which were a fractured skull and a severe concussion.  He made good progress toward recovery, which contined after he was discharged from hospital in January, 2020 to begin his extended convalescence at his wife Diane's family home near Meinong.  Though the recovery was not always smooth, it seemed to be going well.  In mid-June he reported feeling alert and strong, having resumed exercising.  He collapsed during a run on June 21 and appears to have died very quickly, apparently of lingering complications from his earlier injuries.

Long-time close friend Ivan Marquez eulogizes him as follows, "Martin was a good and loyal friend with very strong and polarized views about things. He always remained young and rebellious at heart. He wanted to be political but was really an idiosyncratic individualist and a contrarian with an aversion to authority. His love of reason and science was emotional and, thus, he embraced it with an evangelical zeal. He had a funny laugh, like Mozart in the movie "Amadeus." He was a philosopher with the spirit of a romantic artist. Although friendly, he was solitary and lived mostly at night, painting and reading manga, science fiction novels, and anything written by Stephen King or Thomas Mann. He preferred the black and white moral world of his imagination to the pragmatism and messiness of real life. He always wanted to be a philosopher and he was one."

He is mourned by hundreds of former students and colleagues, and by his heartbroken family in Taiwan, Germany, the US, and Ireland.