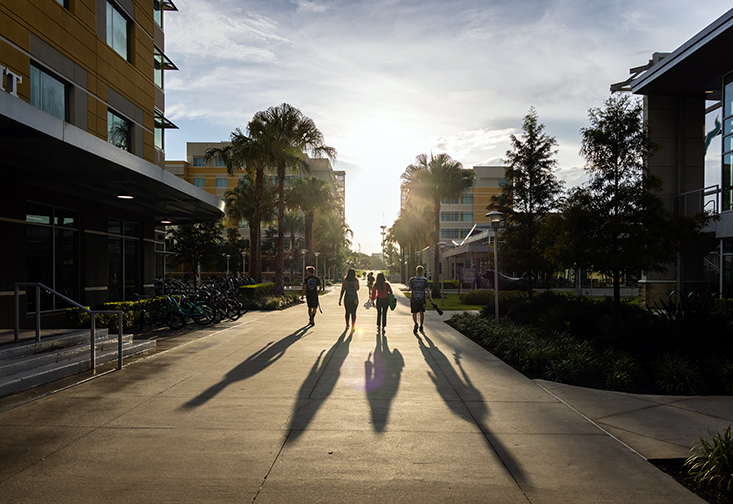 The 15-member Advancing Latino Access and Success (ALAS) Task Force includes leaders from across USF and Tampa Bay and will focus on developing strategies to increase enrollment and degree completion rates while identifying challenges and opportunities unique to Latino students. Paul Dosal, vice president for Student Success, and Elizabeth Hordge-Freeman, interim vice president of institutional equity and senior advisor to the president and provost for diversity and inclusion, will co-chair the ALAS Task Force.

“We deeply value this opportunity to strengthen our relationships within the Hispanic community in the Tampa Bay region,” USF President Rhea Law said. “The work of this broadly representative task force will support USF’s ability to attract and retain talented Latino students and enhance resources and support to all students.”

USF has been nationally recognized for its success at eliminating or narrowing achievement gaps by race and ethnicity, including among Latino students. A 2017 study of Latino graduation rates completed by The Education Trust identified USF as the No. 1 public institution in the country for Latino student success, with Hispanic students graduating at a rate higher than white students.

Currently, more than 22 percent of USF undergraduates identify as Latino, and that percentage is expected to climb. The six-year graduation rate among Hispanic students is 71 percent – about 20 percent higher than the national average.

USF sees an opportunity for further improvement in enrollment and outcomes as it moves toward federal designation as a Hispanic-Serving Institution by the U.S. Department of Education. Institutions with this designation have undergraduate enrollments comprised of at least 25 percent Hispanic students and are eligible to participate in three Department of Education grant programs. 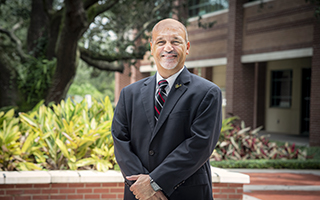 “The members of the task force share USF’s commitment to Hispanic student access and success and its determination to climb to even higher levels of enrollment and completion,” Dosal said. “We are proud of what USF has accomplished, but recognize that we can still improve our performance. As a Latino male and a student of Latin American history, I am personally and professionally very excited to serve this initiative.”

The task force is expected to convene by early November and will likely begin with an analysis of current trends for Latino student access and success, followed by sessions to assist in developing innovative recruitment strategies to increase enrollment and to advise on methodologies to improve graduation rates of Latino students. 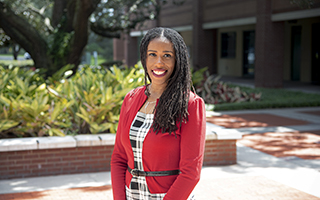 Elizabeth Hordge-Freeman, interim vice president of institutional equity and senior advisor to the president and provost for diversity and inclusion

The work of the task force is consistent with USF's deep commitment to diversity and inclusion. USF this fall welcomed its most diverse incoming class to date, with an increase of 16 percent in Black students, three percent in Hispanic students, 14 percent in Asian students and 17 percent more students who self-identify as two races or more, compared to last year.

“USF has experienced incredible momentum in terms of advancing equitable access,” Hordge-Freeman said. “By continuing to develop our existing initiatives that target underrepresented students and embracing new initiatives such as ALAS, we are investing in diversity and equity as key competitive advantages.”

In addition to the co-chairs, members of the task force are:

Also this week, the newly-formed USF Alianza Latina Faculty and Staff Association was scheduled to hold its first meeting on Wednesday. More information about the association can be found here.