The model for a 21st century college textbook is in the process of being completely shattered. What if a textbook had lots of interactive content and links to references that you could click while reading the text? What if it had photos and videos embedded to illustrate and support lessons? What if that book could be utilized on a computer, tablet or even a smartphone? And what if all of this was free and available to anyone, anywhere in the world? 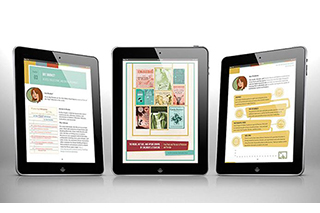 The College of Education at the University of South Florida is at the forefront of a disruptive new entry into the realm of textbooks. It's a free e-book that replaces traditional texts often costing as much as $150. Jenifer Schneider, an Associate Professor with the College of Education, is working to change the way textbooks are produced and the way students interact with them.

"If you can't afford the textbook, that impacts success in the class," said Schneider. "So having a free textbook takes the affordability part out of the equation."

A new initiative at USF, dubbed the Textbook Affordability Project or TAP, is aiming to help make books more affordable to students with money saving measures such as price matching in the USF bookstore, the ability to rent textbooks and access to open source textbooks that are free. USF Innovative Education and the USF Libraries are partnering to implement the development of open access e-textbooks. Last fall there was a call for proposals for E-textbooks. Schneider submitted a proposal for her book and was accepted. Schneider's book was also highlighted in USF Provost Ralph Wilcox's Fall 2015 Faculty Address. 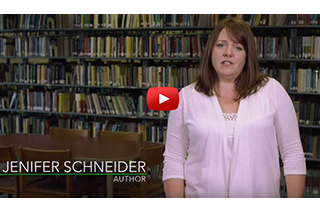 Work began immediately after the proposal was accepted this past January. Schneider wrote all of the content and conceptualized all of the multimedia components as well. Many of the pieces were originally elements in her online course that she produced. Innovative Education is now providing the technical support and more polished productions, helping to turn Schneider's ideas into reality.

"They take my thought bubbles and imagination and make it happen," said Schneider. "I like a much more visual orientation to it. Its video, its audio, all of that is integrated."

The production part is taking much longer than the writing part. Schneider has written two other books, but this one has been a lot more work and much more time consuming.

"It's not just writing words, this is completely different," said Schneider. "There's so much more that goes into it with all the images and videos and things to link to."

A development version is being used this semester in her online Literature in Childhood Education course. The course has 200 students each semester, including fall, spring and summer – with the traditional text costing about $150, the E-textbook is saving students up to $90,000 each academic year. Along with the savings, it's a more engaging way to present the material that better serves the needs of the students.

"The old format is very limiting, students don't interact with a website the way they interact with the book. It's more cumbersome to use the DVD's stuck in the back," said Schneider. "I've taught the class enough to know the students and what they're looking for, so I'm writing the book with them in mind."

Schneider's book is still in the final phases of production and she expects it to be finished by the end of the year. The final format is still being decided as video files make it a large download. The larger multi-media components may be housed in the cloud to keep the e-book file size smaller. The book will be a part of the Scholar Commons at the USF Library, making it available to anyone, anywhere in the world. After all the effort, Schneider is excited to see her vision becoming a reality.

"Everybody loves the idea of a free textbook."