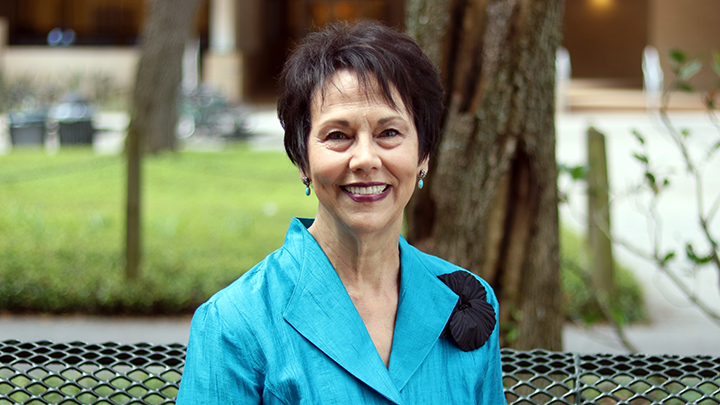 College of Education alumna RoseAnne Garcia Bowers, a recognized community leader with more than 40 years of experience in the field of education and a former teacher, administrator and assistant superintendent in Hillsborough County, will receive an honorary doctorate of education in this weekend's commencement ceremony at USF.

TAMPA, Fla. (August 4, 2017) – A three-time graduate of USF, RoseAnne Garcia Bowers, `68, MA `74, EdS `83, was well on her way to a fourth walk across the graduation stage. She had completed most of the requirements to receive a PhD in education when life happened — her mother became ill.

Bowers stepped in to take care of her mother, and life continued as her family grew and other opportunities appeared. She never realized her dream of earning a PhD.

This weekend Bowers dream will become a reality during USF’s summer Commencement ceremony, when she will be recognized with an honorary doctorate in education.

A college education wasn’t always in the cards for Bowers, but she wanted to become a teacher from the beginning. Before USF opened its doors in 1961, Bowers’ vision for attending college seemed too expensive and out of reach.

A high school teacher of Bowers shared a USF course catalog for the upcoming semester and encouraged her to apply. She could live at home and work to save money for tuition.

“That teacher introduced that (idea) to my parents and to me,” Bowers said. “The timing of USF made it possible for me to go.”

Bowers entered USF in 1962 and pursued a dual degree in office administration and business education. She attributes much of her success during this time to the coaching and guidance she received from her professors, and she wanted to provide that mentorship to students of her own.

“I knew that I wanted to teach, that was a given,” Bowers said. “All I knew at the time was business education… I was strongly encouraged and I think that made a big difference for my whole way of thinking.”

Upon graduating in 1968, Bowers entered the Hillsborough County school system as a business education teacher. While working at Brandon High School, she created the curriculum for Hillsborough County Schools' first leadership class. Her curriculum was later shared around the district and at the state level. The course remains part of the state’s curriculum today. 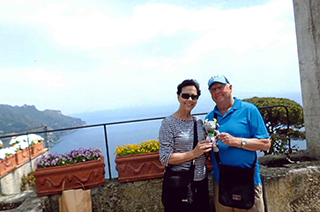 Bowers met her husband, Lou, in line for a copier on the USF campus. To this day, the couple continues to support USF and the College of Education through scholarships and volunteer service.

A passionate lifelong learner, Bowers obtained a master’s degree in 1974 and met her husband, Lou, while waiting in line for a copier on campus. She earned an Educational Specialist degree in 1983. She became an associate professor at Hillsborough Community College and a supervisor of business education for the Hillsborough County Public Schools. She later taught adjunct courses in the College of Education at USF and became an assistant superintendent for the division of technical, career and adult education for Hillsborough schools.

While an administrator, Bowers made an impact. She introduced Hillsborough to the concept of "TECH prep" and set a standard for how educators can produce the next generation of business leaders. Bowers said she truly had some wonderful experiences mentoring other educators as an administrator, but she loved being in the classroom and making a direct impact on the lives of her students.

“In the classroom and doing the things that I did, I saw the growth,” she said. “It was very tangible, and it became intrinsic. I saw the difference that I made from September to June. Even at the community college, I saw that difference and that growth. That was very motivating.” 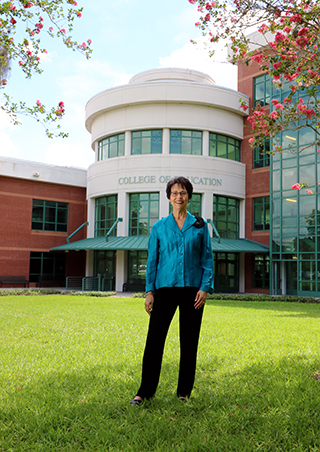 RoseAnne Bowers made many memories during her time in the College of Education, as both a student and an educator.

Dick Puglisi, director of the College of Education’s Gus A. Stavros Center for Free Enterprise and Economic Education and a graduate of the USF charter class, has known Bowers for many years and said her talents and passion for education were quickly recognized.

“Those who know RoseAnne can attest to her dedication to public education and for her passion for providing students with paths to careers following graduation from high school,” Puglisi said. “After retirement from the school district, RoseAnne’s passion for students has continued.”

Bowers continues to give her time and talents to USF and the greater community. She serves on numerous boards and advisory committees throughout the Hillsborough and mentors high school and college students. She and Lou, a former USF physical education professor and Director of the School of Physical Education, Wellness and Sports Studies, provide USF scholarships that support students majoring in education.

“RoseAnne is a visionary leader who has created new programs to support student learning and to impact the educational success of a generation of school children in our community,” said Roger Brindley, College of Education interim dean. “In addition to her career and experience in the field, RoseAnne has not only been a champion for education, but also for creating a positive impact in the community, especially in the USF and Hillsborough County area. We are immensely proud of RoseAnne as a USF College of Education alumna and grateful for her lifetime of leadership in education.”

As she prepares her remarks for the Commencement ceremony, Bowers reflected on her motivation to live a life with intention — both at USF and beyond — as the inspiration for what she wishes to instill in this weekend’s graduating class.

“I’ve learned that pursuing a purposeful life with a dedication of service to others requires continuous, sincere effort,” Bowers said. “But the many gifts that you will receive in turn are immeasurable.”

RoseAnne Garcia Bowers will receive an Honorary Doctorate of Education in the 1:30 p.m. USF Commencement on Saturday, Aug. 5.