Creating a Lifelong Impact through Teaching

In thanks for his lasting impact as an educator, College of Education Professor Steve Permuth was honored through a sizable endowed scholarship established in his name by a former student. 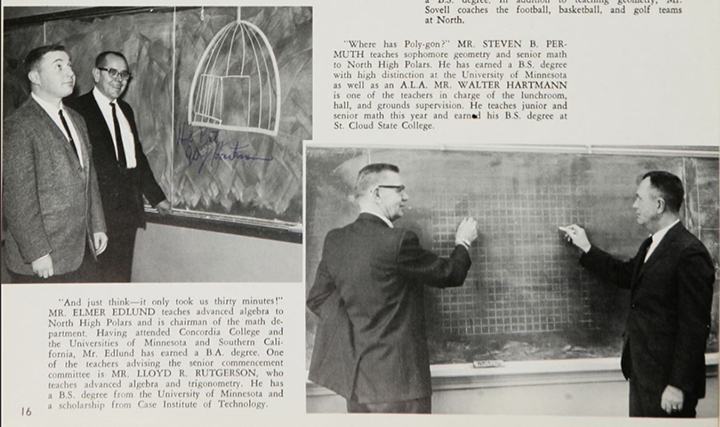 Educators have a profound impact on the lives of the students in their classrooms, and they teach us more than just what is in the curriculum.

This was especially the case for Steven Hentges, a former high school student of University of South Florida (USF) Professor Steve Permuth, PhD. Before becoming a university professor, Permuth was a math teacher and student clubs advisor at North High School in Minnesota.

After sitting in Permuth’s high school calculus classroom many years ago, Hentges received a bachelor’s degree in chemistry from the University of Minnesota. He later went on to earn his PhD from Stanford University, and now serves as the Executive Director of the Polycarbonate/BPA Global Group of the American Chemistry Council.

Learning about Hentges’ background, you would think he always had a passion for science and math. This was not the case, he says. He didn’t realize his interest in these fields until high school, and he credits his time in Permuth’s class — along with the time he spent with two other former teachers, Robert Fridgen and Richard Kramer — as being the catalyst for this discovery.

Permuth is also an alumnus of the University of Minnesota and graduated from the university as a member of Phi Beta Kappa, the nation’s most prestigious honor society. After making the transition from a classroom teacher, he served as a high school principal, university administrator for research, the dean of three colleges of education, including USF, and a provost of a university in Kentucky. Today, Permuth is a professor of educational leadership in the USF College of Education.

Hentges and Permuth had not spoken since their days together at North High, but they recently reconnected due to a series of scholarships Hentges established at his alma mater to recognize those who shaped him into who he is today. The scholarships will be awarded to students at the University of Minnesota who are working toward a degree in the university’s College of Science and Engineering.

When the two reconnected, Permuth said at first he didn’t recognize who he was speaking to over the phone, but that the memories rapidly came flooding in.

“While I have been in communication with former high school and college students over my 53 years of teaching, the overwhelming gift of a fully endowed, named scholarship benefiting inner-city high school students by Dr. Hentges was a complete surprise to me and has renewed our relationship,” Permuth said. “I was inspired to teach by outstanding teachers I have had throughout my life starting in first grade. A gift of this sort directly speaks to the goals of excellence in the College of Education, and it is an honor to work with such competent teaching and research faculty.”

Hentges says speaking with Permuth instantly brought him back to the days of sitting in his high school calculus class. While he admits he doesn’t remember much of the calculus he had been taught, he does remember the journey Permuth’s class helped him take in exploring the possibilities for his future.

“His voice on the phone was immediately recognizable and his sense of humor is just as I remembered,” Hentges said. “Although we have not met face to face (in years), I can picture in my mind the same sharp looking teacher in the front of the class, just as he was all those years ago. There are few teachers I can say that about, which is a clear indication of his personal and professional skills and his influence on me.”

Hentges’ story is only one example of the impact that teachers can have on their students. As a faculty member at USF, Permuth regularly has students in his classes who either already are or who later become educators themselves. He is described by his students as being knowledgeable and passionate about what he teaches, and they said he takes the time to make sure they understand the course material before continuing forward. 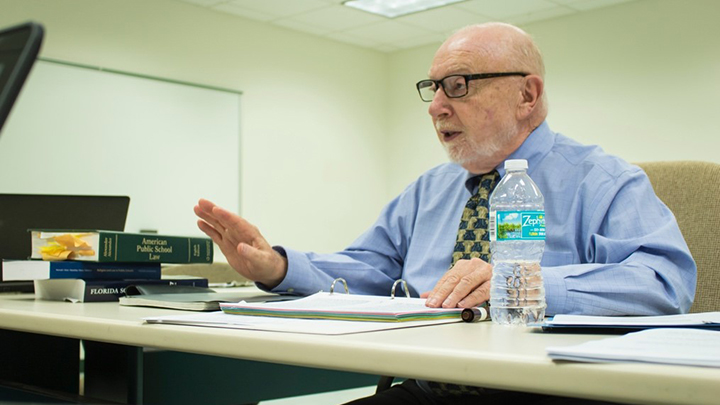 Permuth facilitates a discussion amongst a small group of graduate students during his Monday evening course, "School Law."

Christine Ekstrom, a graduate student in the College of Education who is taking Permuth’s Educational Law class this fall, said Permuth will speak fondly of his former teachers that he still remembers to this day, and that watching him now as an educator is an example of the “ripple effect” that an educator can have on their students.

“I feel like, as an educator, it is that ripple effect that someone impacted his life, and in turn he is impacting someone else’s,” Ekstrom said. “All of these people are being affected because he was a caring and compassionate teacher.”

Graduate student Dustin Robinson has worked on multiple research projects with Permuth, including a recently published book, “Religion and Law in Public Schools.” He said throughout these experiences, working alongside Permuth has always been a pleasant one.

“He welcomed me from day one,” Robinson said. “Serving as a research associate and then growing from there… I’ve had the opportunity to work with (Permuth) on many publications, but I am always treated as an equal participant in that.”

Meaghan McKenna, a doctoral student in the College of Behavioral and Community Sciences, was a student of Permuth’s in 2016 while pursuing a master’s degree in Educational Leadership. The two have kept in touch and continued their work by presenting and publishing research together.

“(Permuth) always invites his students,” McKenna said. “Whenever he is invited to do a conference presentation or write a book or paper, he makes it an open invitation, which I really respect.”

McKenna said she’s grateful for her time in Permuth’s class because he encouraged her to continue her studies at the doctoral level and supported her throughout the process.

“No matter where he’s taught in his career – whether it be at high school or university level, or if he’s been a teacher or an administrator – he’s had a significant impact on the lives of many of his students,” McKenna said. “I think that’s a great testament to who he is as a person and as a professor.” 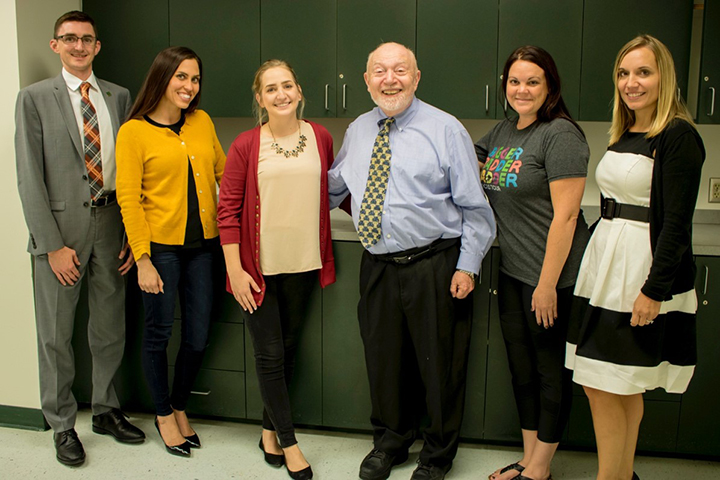 Dr. Permuth with students from his "School Law" graduate course.

Dr. Permuth is an active participant in the educational journey of his students. Each year, he prepares them to participate in a national forum on School Law, providing them with opportunities to hear from, interact with and present to leaders in the field. He takes the time to get to know his students and shares with them about his own experiences in the field – and they remember him for it.

“Dr. Permuth is an outstanding mentor for his students,” said Joyce Haines, PhD, an instructor of Educational Leadership in the College of Education. “He is constantly reading, researching and looking for engaging ways to encourage students to think, and his students benefit from his national prominence. I have always held him in the highest regard as both a former student of his and now as a colleague.”

For many educators, one of the most rewarding parts of their careers is to watch their current and former students elevate themselves into successful careers and positive life experiences.

While it has been a long time since Hentges’ practiced as a chemist, he said he wouldn’t change a thing about his chosen career path. He provides scholarships to his alma mater because he wants to help today’s students accomplish their goals while also honoring the people who had the strongest influence on his life — his parents, and his teachers.

“Teachers educate by pouring facts into their students’ heads. That’s important but there is much more,” he said. “As students, we are not just learning things, but we are learning who we are and who we want to be. Good teachers excel not just by educating on their subjects, but by educating on life. I’ve forgotten most of the calculus I learned, but the more important lessons I learned from my teachers are still with me today. That role is worth celebrating.”