U.S. classrooms become more diverse year after year, and with this growth comes increased needs to support dual and English language learners ― two groups of students who enter school speaking a language other than English.

According to the National Education Association, English language learners (ELLs) are the fastest-growing group of K-12 students. The NEA estimates that by 2025, their presence in public schools will grow to 25 percent nationally.

This trend is supported by other organizations as well. In 2016, ChildTrends.org stated that about 33 percent of children in the U.S. live in non-English speaking households, and by far, the Spanish language stands as the most common language.

Having experienced classroom environments with more than 18 different languages spoken by her students, Sara Smith, PhD, an assistant professor in USF’s ESOL and Foreign Language Education programs, developed an application that aims to improve vocabulary instruction for ELL and dual-language learners (DLL).

The MARVL app, which stands for Multimedia Augmented Reality Vocabulary Learning, allows children to complete their English vocabulary learning on their own while also reinforcing their knowledge of words in their home language.

“MARVL uses that excitement and fun of augmented reality to build on traditionary vocabulary flashcard methods,” Dr. Smith said. “We know that the best way for kids to learn a new word is when they get a definition in their first language. So, MARVL is really here to create a resource for teachers so they could provide that dual-language support.” 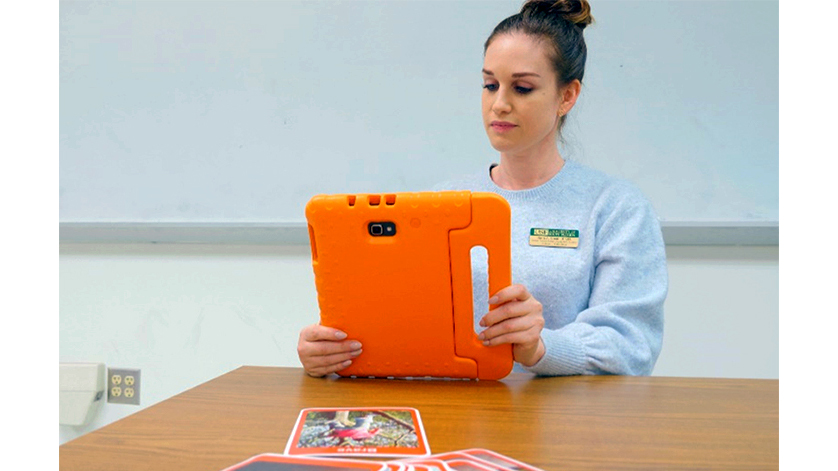 After launching the MARVL application on a tablet device, USF Assistant Professor Sara Smith uses a vocabulary card from her stack to demonstrate how the app provides engaging vocabulary learning instruction to young learners in need of dual-language support.

Taking on a format inspired by Pokémon Go, a popular augmented reality (AR) mobile game that engages its users through interactions with virtual creatures, MARVL feature two virtual characters―Ivan, a bilingual teenager who leads as the app’s instructor, and Watson, an assistant sloth who sounds out each word a child is learning.

Dr. Smith said giving Ivan specific characteristics proved to be essential throughout the creation process, especially when she considered the audiences her app could reach. 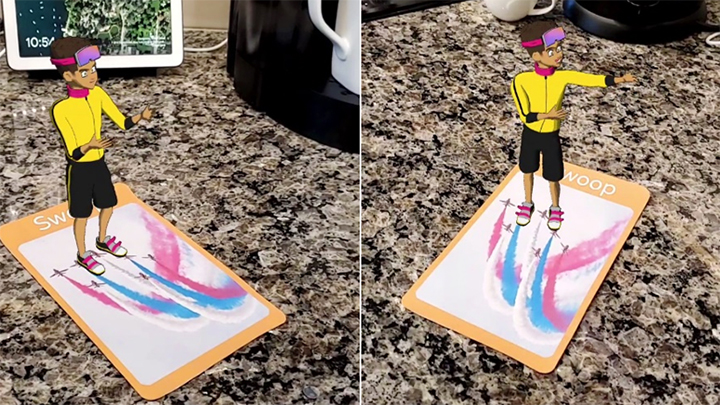 Once a vocabulary card is placed below the tablet’s camera lens while using the MARVL app, Ivan virtually appears on top of the card and begins teaching the student on the chosen word in both English and the user’s first language. Users respond by repeating the chosen word and acting out the word in the manner that Ivan demonstrates.

After opening the application on a smartphone or tablet, students choose a vocabulary flashcard from their designated stack and place it in front of their device’s camera lens. In an instant, Ivan appears on top of the flashcard and interacts with the user to begin one-on-one vocabulary instruction using child-friendly definitions, animated visuals, sound effects and hands-on exercises such as “act it out’s,” which enable students to perform the meaning of difficult words through body movements.

“The second most commonly spoken home language for kids here in Florida is Haitian Creole, but there’s almost no materials for Haitian Creole,” Dr. Smith said. “It’s next to nothing. So, I think this would be exciting to focus on because it’s something really specific to what we need here.”

Unlike other language learning apps such as Duolingo, which allows users to learn more than 30 languages through customized lessons, Dr. Smith said MARVL has some key advantages that make it a better tool, such as its usability for learners of all ages and the fact that MARVL will ensure development in both English and a user’s first language. She said she hopes the app’s AR feature will make it more visually engaging for students.

“We have one (vocabulary) card for the word ‘swoop’ and we have a picture of an airplane on the card that swoops off and flies in the sky in front of you when you use the app,” Dr. Smith said. “I think, by adding the magical fun of augmented reality (AR), we capture some of that excitement that made people go crazy for Pokémon Go.”

Dr. Smith says MARVL will have a prototype developed sometime this November. Though she’s unsure of when MARVL will launch officially, her desire is for the app to be available sometime in 2021 with a subscription service that enable users to either purchase vocabulary cards or print them online.

Her main goal, she shared, is for her app to be used in a way that benefits children both inside and outside of the classroom.

“My hope is that MARVL can be something that aligns with classroom curriculum, so teachers can say, ‘I know what words I have coming up and I know what kids are in my class’ and go get what they need,” Dr. Smith said. “I also hope that MARVL can be used solo, that a child can take those materials home, work on their own or have fun using the app with a parent. I hope it’s fun for everyone.”