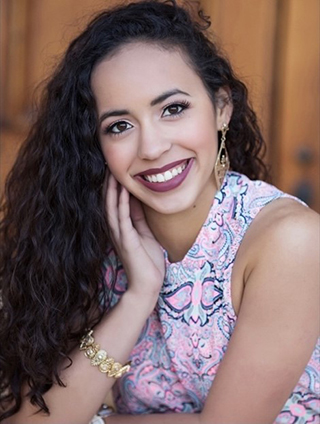 At just 7-years-old, Kianna Pintado had already taken on the mindset of an educator.

Determined to share what she learned with her mother, a Dominican Republic native who struggled to learn English, Pintado says she began her first years of school with a task at hand.

“In first grade, I remember focusing on my teacher when she did a read-aloud,” Pintado recalls. “I would try to see when she was using prosody and fluency so I could copy her. Little by little, I was able to teach English to my mother, and today, she speaks it perfectly.”

Having witnessed the impact education had at home, Pintado began her academic journey years later as an elementary education major at the University of South Florida (USF). While there were other universities on her radar, Pintado said USF stood out for several reasons.

“I chose USF for my studies because I liked the way the education program is built around tight-knit cohorts,” Pintado said. “I am going through my elementary education journey with around the same 25 peers, a strong community that I could collaborate with when needed.”

Beginning her studies in 2018, Pintado joined USF’s Office of Community Engagement and Partnerships’ Community-Based Federal Work-Study (CBFWS) program, which enabled her to take on multiple leadership and teaching opportunities.

Pintado was placed as a coordinator for youth events at the University Area CDC, a public/private partnership in Tampa focused on child and family development, crime prevention and commerce growth. In this role, she also assists as a staff member for an after-school program called “The Hangout,” a program that provides local teens with leadership development and community project opportunities. 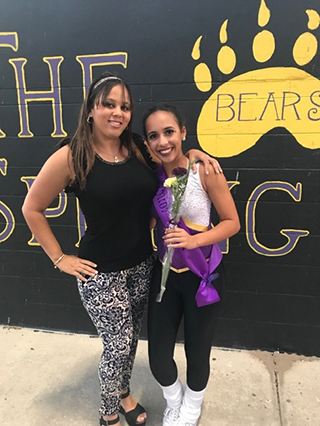 In addition to her work as a pre-service teacher, Pintado also participates in USF’s dance sports club, Golden Bulls Dance, and competes with a team of students from USF.

Last August, amid the COVID-19 pandemic, Pintado was assigned a community placement at Mort Elementary as a virtual tutor. Learning how to support her students' academic needs, especially with English-language learners, which make up about 36 percent of Mort’s student population, became a hurdle she worked to overcome.

“At first, it was difficult because a lot of students weren’t getting homework due to COVID, and so they would ask for help, but I didn’t have anything to refer to,” Pintado said. ”It took a lot of trial and error. Some days were very easy for them, and some days were too hard, and so the next time I was with them, I had to find something in the middle.”

While she tutors children at Mort Elementary once a week, Pintado also commutes to Potter Elementary and teaches fourth-graders both in-person and online alongside her collaborating teacher mentor. Pintado says experiencing what it’s like to teach virtually has its challenges, but little by little,  she’s been able to see what works best in this learning environment.

“The first three months we were on Zoom (at Potter Elementary), it was hard because a lot of students would say that they don’t want to participate,” Pintado said. “So, I learned how important it is to find new strategies that you typically wouldn’t use in the classroom because it is a different space.” 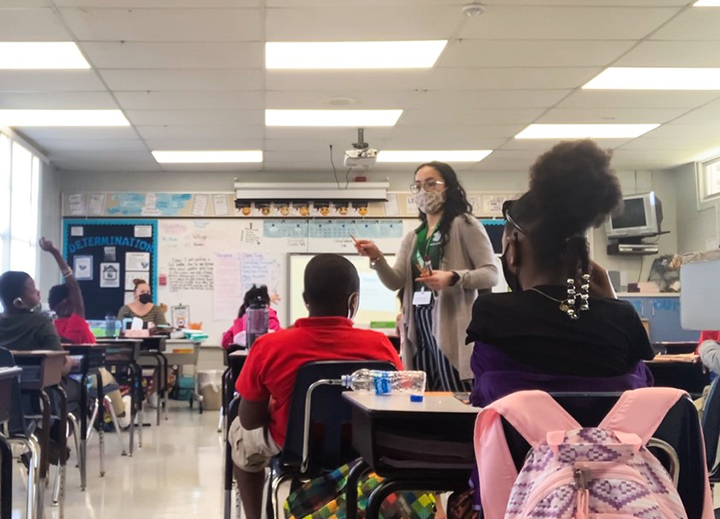 From the time she enrolled at USF, Pintado has received support from several mentors in both the College of Education and the greater university community.

She credits her academic success to several individuals, including Dr. Reba Garth, the director of USF’s Student Success Services (SSS), and Dr. Randi Latzke, a faculty member in the College of Education’s Department of Curriculum, Instruction, and Learning, who Pintado says gave her encouragement when she needed it the most.

Set to graduate in the spring of 2022, Pintado aims to teach first graders at a school nearby and gain more confidence as she nears her program's completion.

Envisioning a future where she leads her own classroom, she shares, is what keeps her motivated.

“What drives my passion for teaching is knowing that I will impact our world by helping students become good citizens in our society,” Pintado said. “Knowledge is one of the most important assets someone could have, and I want to help my students build on that asset.”

USF's Elementary Education undergraduate program is designed for students who wish to pursue a career as an elementary classroom teacher. Our program develops students’ understanding of inquiry, inclusion, innovation and integrated instruction while preparing teachers for a diversity of learners.