Why CSE at USF?

THE UNIVERSITY OF SOUTH FLORIDA

THE CITY OF TAMPA

Located on the west coast of Florida, the City of Tampa is the third most populous city in the state. Tampa's economy is founded on a diverse base that includes tourism, agriculture, construction, finance, health care, government, technology, and the port of Tampa. Local attractions include the following: Busch Gardens, Florida Aquarium, Lowry Park Zoo, Museum of Science and Industry, Glazer Children's Museum, Ybor Museum State Park and many more. Tampa is the ideal city for potential computer science and engineering students to live during their studies and possibly begin their careers following graduation.
Learn more 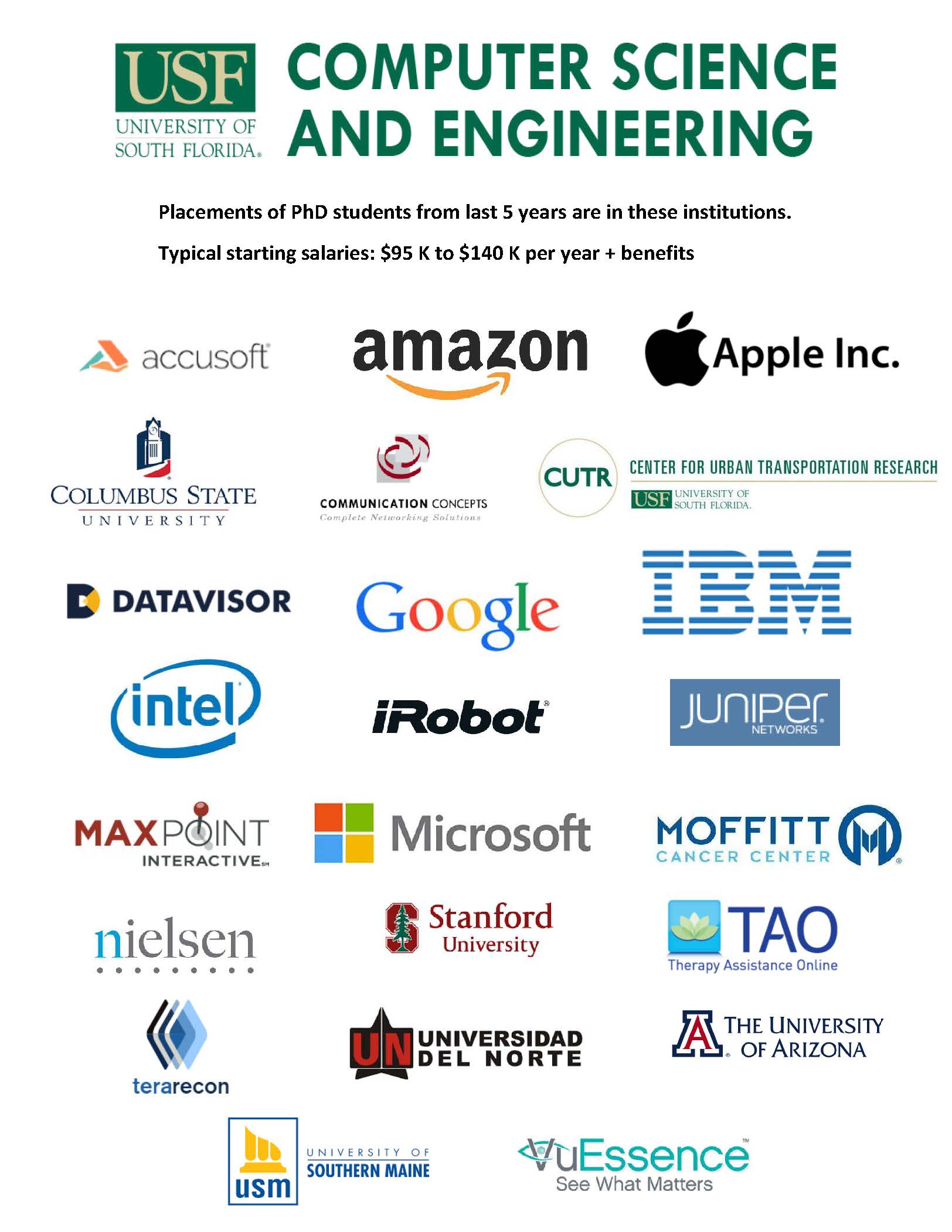