Steven C. Currall outlined his vision for the University of South Florida’s future in a speech to students, faculty, staff and alumni during his inauguration this afternoon as the university’s seventh president.

Currall sees a strategic advantage for USF over other universities due to its location in a growing metropolitan region with a focus on innovation, creativity and entrepreneurship.  He believes USF serves as a catalyst for economic growth and feels USF can become to Tampa Bay what Stanford University has been to Silicon Valley due to its unique focus on both “excellence and opportunity.”

Currall envisions the ultimate objective for USF is to reach eligibility for the Association of American Universities (AAU), a group of the 65 top research universities in North America. 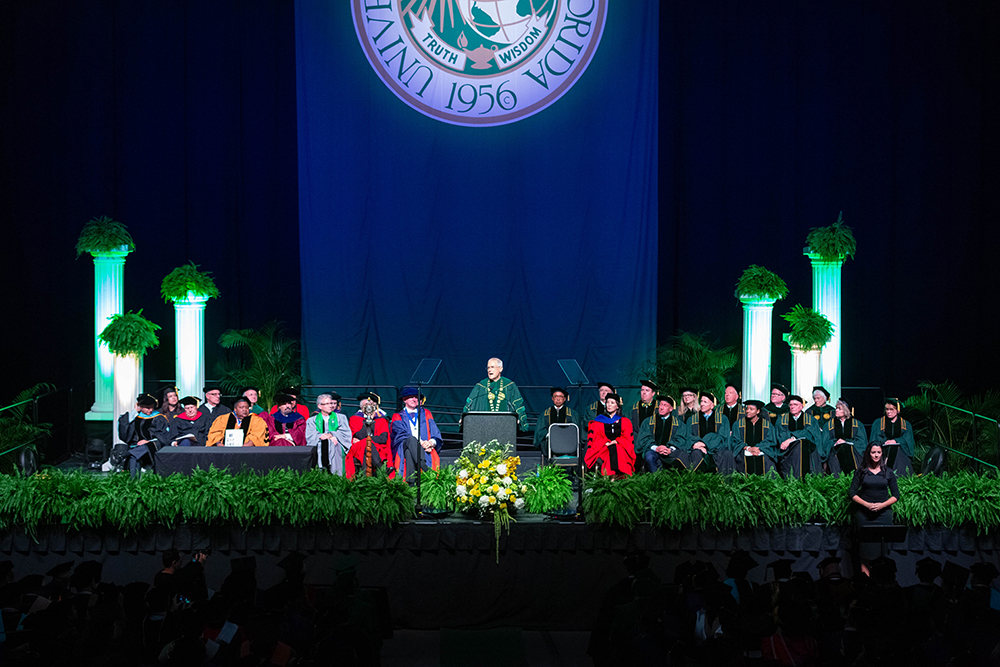 “I wish to express my deepest gratitude to this community for the faith they have placed in me to help steer this great university into our greatest era yet,” said Currall.  “I believe that this university is an institution where both excellence and opportunity converge.”

During his inaugural address, Currall spoke of USF’s remarkable ascent in the higher education landscape, especially given a relatively short institutional history of about 60 years.

Currall also reaffirmed the university’s commitment to diversity and inclusion, faculty excellence and student success. He highlighted the fact that USF students succeed at the same rate, regardless of their backgrounds.

“Even more exciting than what USF has accomplished is the extraordinary promise of what it will accomplish in the future. USF has a compelling strategic direction. Now, our task is to renew and enhance that vision,” said Currall. “My mission is to build on this momentum, fostering a campus environment where we will relentlessly push forward.”

Currall started his tenure at USF on July 1. In higher education, it’s typical for inaugurations to be held several months, sometimes close to a full year, after a new president assumes office.