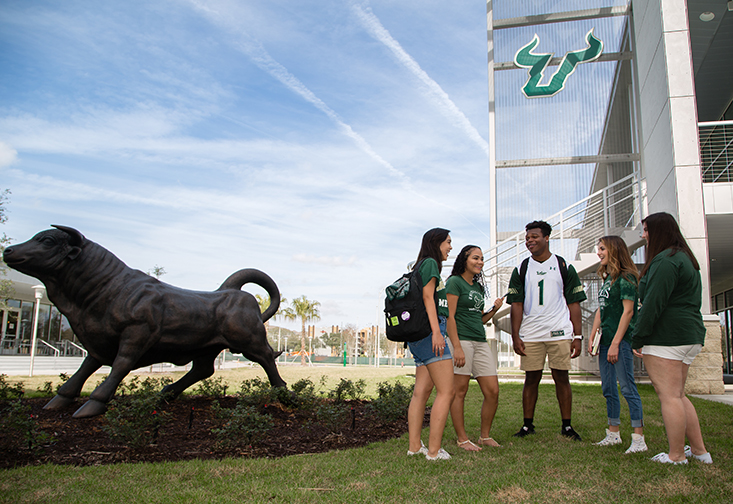 The University of South Florida is a recipient of the 2019 Higher Education Excellence in Diversity (HEED) Award, which recognizes U.S. colleges and universities that demonstrate an outstanding commitment to diversity and inclusion. This annual award is presented by INSIGHT Into Diversity magazine, the oldest and largest diversity-focused publication in higher education.

"This is a significant honor because it reflects the ongoing commitment of the USF community to making diversity and inclusion priorities in all that we do," said USF President Steve Currall. "The HEED award tell us that we are moving in the right direction and inspires us to work harder to ensure we have a campus climate that is welcoming to all."

As part of USF’s efforts, the university has established various initiatives and programs. Within the past year, the university’s Office of Diversity, Inclusion and Equal Opportunity helped facilitate awarding $278,000 in scholarships through the USF Latino Scholarship Program, piloted its National Model of Excellence for Diversity & Inclusion program and hosted or sponsored numerous events to promote inclusion. In recent years, USF has also enhanced its strategic focus on spending with diverse suppliers, which has resulted in more than $80 million in purchases since 2017.

“Our team has a vision to serve as a global model of inclusive excellence in meeting our system-wide institutional mission to deliver competitive programs, generate knowledge, foster intellectual development and ensure student success in a global environment,” said USF Vice President of Institutional Equity Haywood Brown.

The HEED Award recognizes diversity across multiple aspects of campus communities – from cultural awareness among students, to the recruitment of diverse faculty members, to diversity-focused financial strategies.

“We take a detailed approach to reviewing each application in deciding who will be named a HEED Award recipient. Our standards are high, and we look for institutions where diversity and inclusion are woven into the work being done every day across their campus.” said Lenore Pearlstein, publisher of INSIGHT Into Diversity magazine.

USF will be featured, along with other recipients, in the November 2019 issue of INSIGHT Into Diversity magazine.