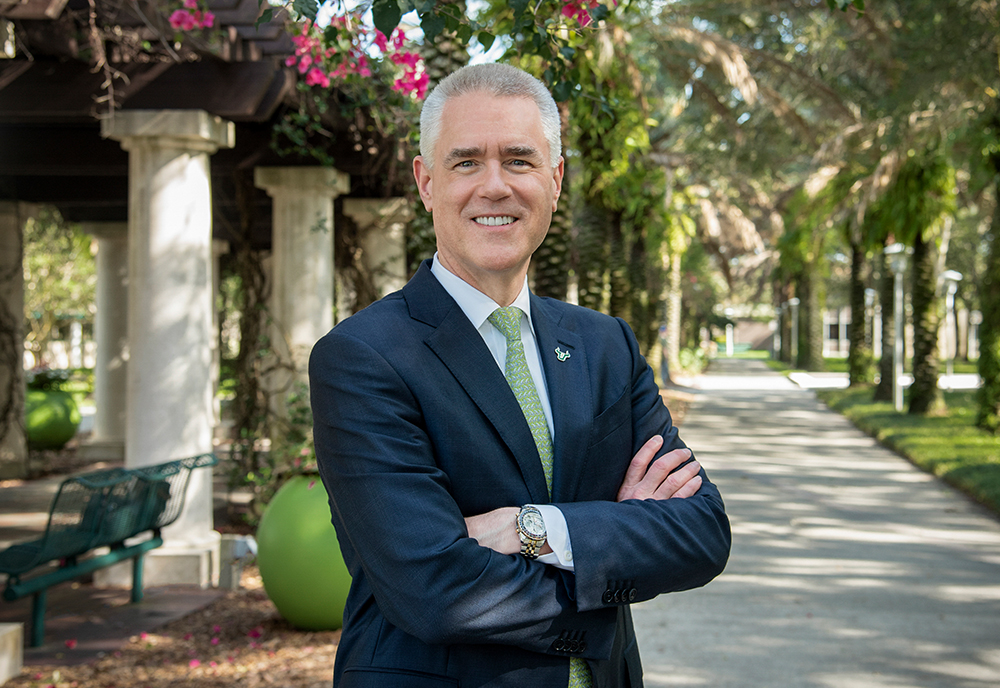 University of South Florida President Steven C. Currall announced today that he will retire from the USF presidency, effective Aug. 2.

“For the entire USF community, the past two years have been a challenging and intense journey. In the face of challenges, you have shown tremendous resiliency and the power of our community. As a result, we have achieved many significant milestones,” Currall said in a message to faculty, staff, students and alumni. “The intensity of the past two years has put a strain on my health and my family. Therefore, after thoughtful reflection, I have decided to retire from the USF presidency to ensure that I preserve my health, as well as to spend more time with my wife, Cheyenne, and my 91-year-old father.”

During his tenure, which began in July 2019, Currall led USF to several significant achievements and historic milestones that position the university for future success. During Currall’s presidency, USF successfully consolidated all three campuses into a single-accredited university, USF broke into the top 50 among public universities on U.S. News and World Report’s rankings for the first time, USF raised approximately $230 million, construction moved forward on numerous state-of-the-art campus facilities and a 10-year strategic plan was developed that provides the vision for USF to advance toward its goals of becoming a top 25 public university and joining the Association of American Universities (AAU).

Currall’s leadership helped guide the university community through the COVID-19 crisis, he showed commitment to new initiatives in support of diversity and inclusion, and he spearheaded the creation of USF’s Principles of Community. Currall also took important steps to enhance compliance, sound budgeting practices and operational excellence.

Currall announced he intends to return to the Muma College of Business as a tenured full professor and continue his research and teaching in the field of organizational psychology.

“I would like to thank President Currall for his steadfast leadership and dedication through what has been one of the most challenging periods in our history. I have been impressed by his tireless work ethic and passion for the transformative role of higher education,” USF Board of Trustees Chair Will Weatherford said in a message to the university community. “On behalf of USF and the Tampa Bay community, I extend my sincere gratitude to President Currall and Dr. Cheyenne Currall for sharing the past two years with us. We wish them well and are delighted they will remain members of the USF family.

“USF’s mission remains clear. It is our students, faculty, staff, alumni and supporters who helped USF become America’s fastest-rising university, and in the process, have changed countless lives and propelled the economic growth of our region. And it is this community that will help lead USF toward even greater heights.”

Weatherford announced that USF Provost and Executive Vice President Ralph Wilcox will serve as acting president before the Board of Trustees meets to vote on an interim president. Details on the search process for a new president will be announced soon.