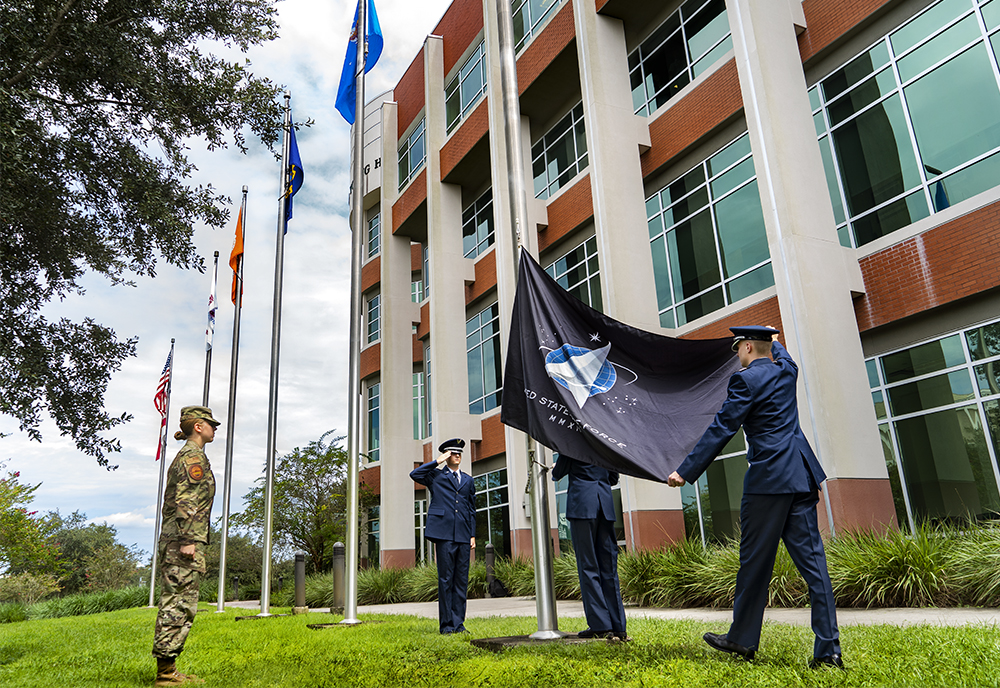 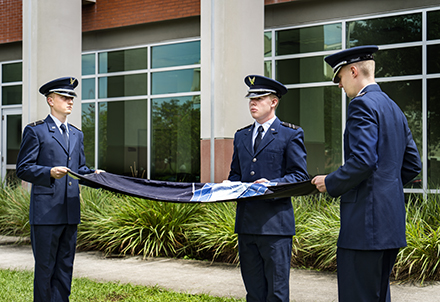 “As a military branch within the Department of Defense, it was important for us to raise the flag of the newest branch of our Joint Force,” said Cadet Lauren Klima, vice wing commander for the Air Force’s ROTC Detachment 158. “Representation is important to us, and we have cadets in the program who will later commission and become officers in the USSF.”

The USSF commissions new officers through a competitive selection process from cadets in Air Force ROTC, the U.S. Air Force Academy and Officer Training School. In Detachment 158, there are five cadets pursuing a USSF commission as Guardians, the official title of personnel serving the Space Force.

“As soon as Space Force officer recruitment began, I raced to get my name on the list,” Cadet Gretchen Strunk said. “I never would have believed an opportunity like this would arise. Cadets like me across the country are eagerly waiting to hear whether their dreams of becoming a Guardian have come true. I am hopeful I will make my family and second grade-self proud by serving in the United States Space Force.” 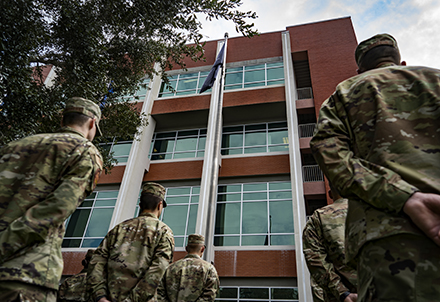 The U.S. Space Force became the nation’s newest military branch on Dec. 20, 2019. Its mission is to protect U.S. and allied interests in space and to provide space capabilities to the Joint Force. USSF’s responsibilities include developing Guardians, acquiring military space systems, maturing the military guidelines for space power and integrating space forces with joint military operations.

“It is exciting to see the creation of the United States Space Force because a lot of our day-to-day lives revolve around space whether we know it or not,” Klima said. “Maintaining space superiority is an emerging capability required to protect U.S. and our allied space assets.”

The new flag waves in the wind alongside the American and State of Florida flags, and the Army, Marine Corps, Navy and Air Force service flags. 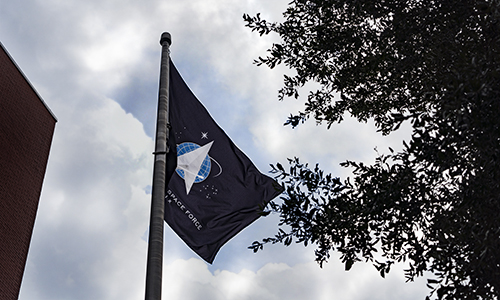 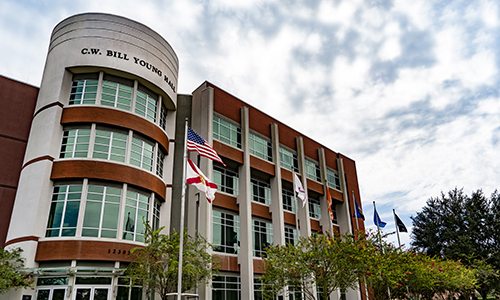