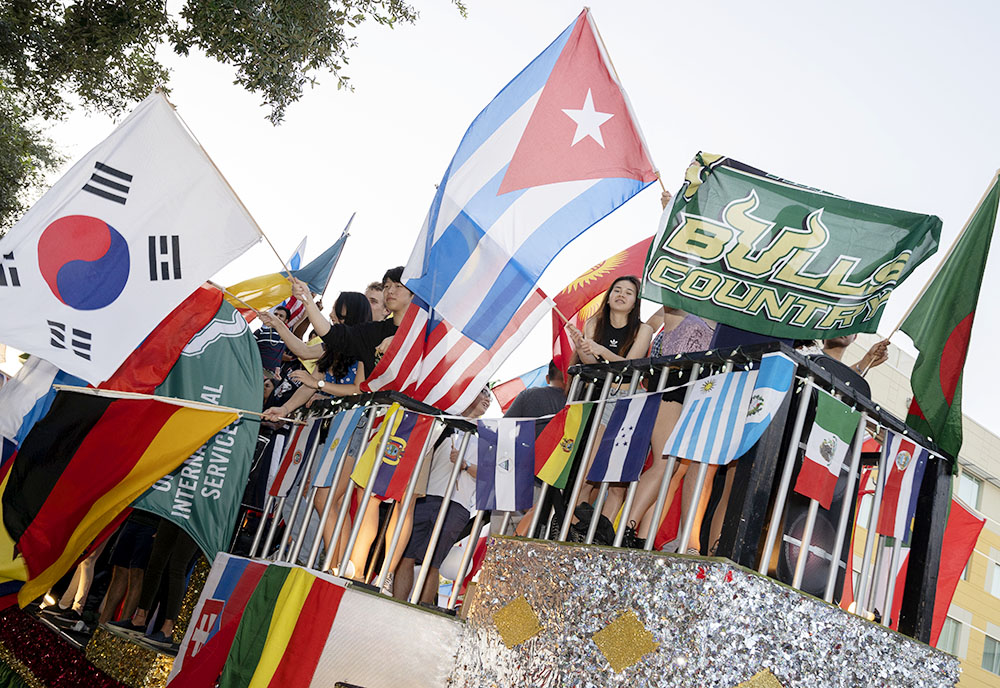 TAMPA, Fla. (Nov. 16, 2021) - As universities across the United States recognize International Education Week Nov. 15-19, the University of South Florida community can celebrate reaching a historic milestone in its global diversity.

“USF’s commitment to global engagement, with its diverse and robust representation of international students among the student body, is a point of pride for the USF community. We know that students benefit enormously from experiencing other cultures and perspectives,” USF President Rhea Law said. “International students expand the global diversity of USF’s campus culture, exposing students to different perspectives and cultures in the classroom and cocurricular activities and preparing them to be citizens in a globalized economy.”

Historically, international students are well represented in degree programs in the natural sciences, STEM fields, accounting, finance, as well as health and life sciences. These students represent a source of talent that helps to attract and retain employers to the Tampa Bay region. As a metropolitan university, students at USF have access to a variety of internship, career and other professional opportunities afforded by campus locations in Tampa, St. Petersburg and Sarasota-Manatee.

“I chose USF because the university is a place where diversity is celebrated and students receive an excellent education that prepares us for career success,” explained Fernanda Albanus, a USF student from Brazil.  “From the beginning, I was welcomed and supported. USF is a community that understands the importance of globalization to student success in the classroom and in the workforce.”

“Our international student enrollment is the product of an intentional, strategically guided effort to enhance the global experience of all students at USF,” said Ralph Wilcox, USF provost and executive vice president.

The Open Doors report also identified USF as one of the top institutions in Florida for the number of students participating in credit-earning study abroad experiences, further reflective of USF’s commitment to providing a global education.  Open Doors reporting has been an important benchmark for international education mobility for over 70 years.