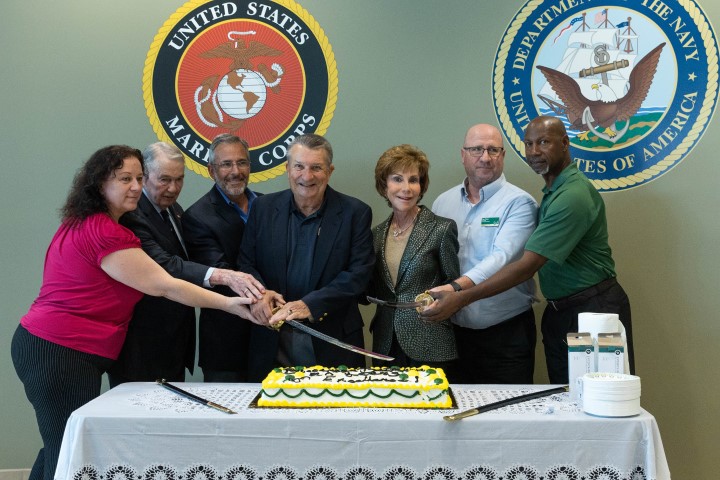 This year is the 20th anniversary of the USF Naval Reserve Officers Training Corps unit (NROTC). On April 27th, at the USF Corbett Soccer Stadium, the NROTC celebrated the program anniversary alongside a ceremony with the “Buccaneer Battalion” Student Leadership Change of Command.

The Buccaneer Battalion was joined to this double celebration by current USF leadership, former and current NROTC leadership, and several key NROTC Plank Owners. This is a Naval term for founding members and supporters. Among them, President and Professor Emeritus, Judy Genshaft, Ph.D. was the USF president during the establishment of the NROTC unit on May 13, 2002.

Genshaft commented on the event, “The 20th NROTCU Anniversary Ceremony was filled with pride, joy, and accomplishment in every way.  Over the 20 years of dedication, teamwork, and leadership, the Naval ROTC has become a huge success for our outstanding USF students and our great country. It was my great pleasure to witness the 20th anniversary of this important and profound initiative. I am humbled and honored to have been a part of this ceremony. Best wishes to all.”

Other plank members who still work at USF and with the ROTC units are:

“I am very proud to see how the Naval ROTC unit at USF has firmly established itself over the years as a part of USF and see the many Navy and Marine Corps officers it has commissioned to serve our country.  It is especially rewarding to see the amazing things our USF Naval ROTC alumni are doing in the fleet whether flying airplanes, on the ground, under, or over the sea,” said Sarao. 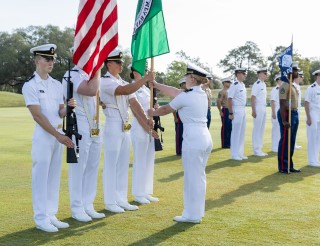 The Change of Command ceremony is a bi-annual tradition in the Navy.  Looking sharp in summer whites, Midshipmen Agel Jones relinquished command of the USF NROTC Buccaneer Battalion to Midshipmen Abhivir Malkani. This is also the time to celebrate the accomplishments of the Battalion and get ready for the next year. The Buccaneer Battalion includes NROTC students from USF and the University of Tampa.

The NROTC Program was established to educate and train qualified young men and women in the United States Navy and Marine Corps. While earning their college degree these students or midshipmen also engage in NROTC requirements. Such as physical training, ROTC coursework, community service, and leadership training and experiences. At graduation, midshipmen are commissioned as officers in the United States Navy and Marine Corps. Every officer leaves college with a job such as an officer on a ship, ship driver, submarine driver, aviators, navy seals, work with explosives, divers, and more. 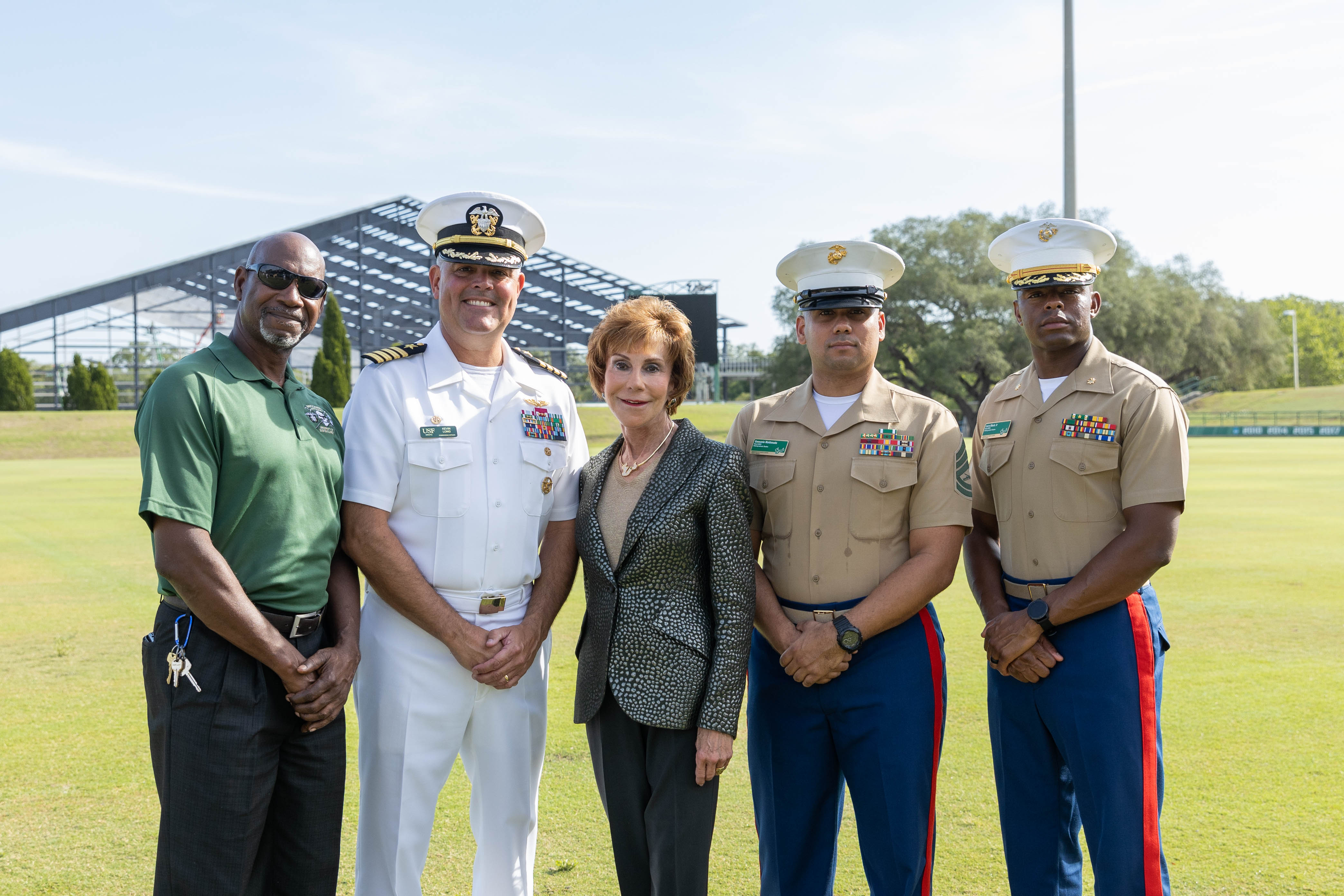 Captain Kevin Long, NROTC Commanding Officer and Professor of Naval Science said, “What an honor to celebrate 20 years of providing the best and brightest new offers to our United States Navy and Marine Corps.  The Naval Reserve Officer Training Corps Unit and greater USF team have commissioned over 335 students over the past 20 years contributing to the defense and security of this great country.  I could not be prouder of each student in this program and all of their accomplishments.”