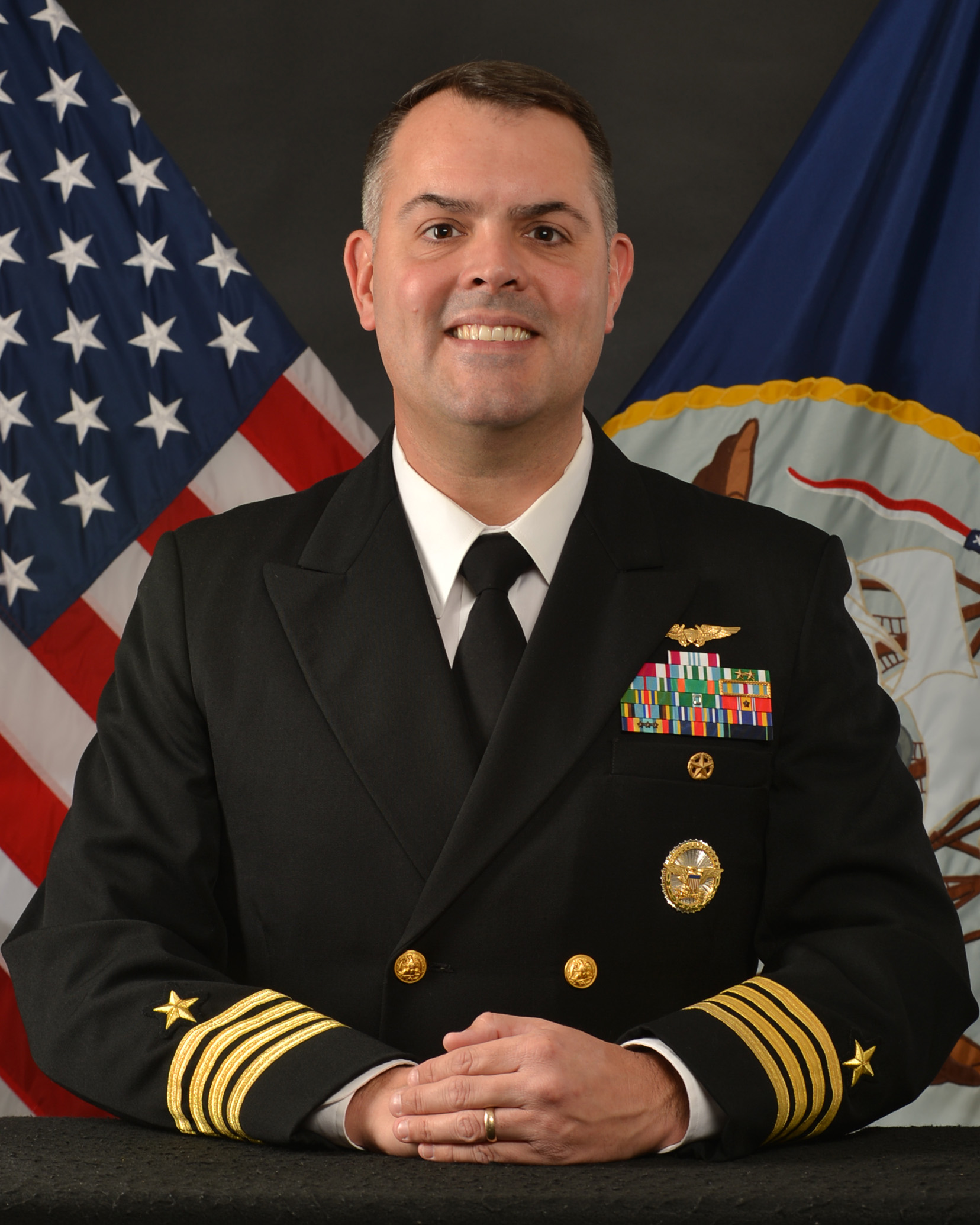 Captain Kevin D. Long was raised in Florida and graduated from Admiral Farragut Academy in 1989.  In 1993, he graduated from Miami University receiving his commission through the Naval ROTC program.  He was designated a Naval Flight Officer in September 1995 and reported to VS-41 for training in the S-3B Viking.

In December 1996, he reported to the “Fighting Red Griffins” of VS-38 completing two Pacific/Persian Gulf deployments onboard the USS CONSTELLATION (CV-64).

From 2000-2002, Captain Long returned to VS-41 where he served as S-3B Weapon System Instructor, Personnel Officer, NFO NATOPS, and S-3B NFO Model Manager.

In July 2002, Captain Long reported to Commander Sixth Fleet in Gaeta, Italy as the Assistant USW and Maritime Surveillance Officer.

In May 2004, Captain Long reported to the “Vidars” of VS-22 and served as the Administrative and Operation Officer.  He deployed to the North Atlantic, Mediterranean Sea, and Arabian Gulf onboard USS HARRY S TRUMAN (CVN-75) and also deployed on the USS GEORGE WASHINGTON (CVN-73) for the Partnership of the Americas cruise in 2006.

In November 2007, Captain Long reported for a Joint tour with the Missile Defense Agency (MDA) in Colorado Springs, CO.  While serving with MDA as the Future Concepts, Integration and Fielding Branch Chief, he was selected for operational command and slated to the “Skinny Dragons” of VP-4.

Following selection for command in 2008, Captain Long reported to VP-30 in November 2009 for transition and training in the P-3C Orion, as a direct entry Executive Officer.  Captain Long served as the XO/CO of VP-4 from May 2010 to May 2012.  During his XO/CO tour VP-4 deployed to 5th and 7th Fleets in support of Operations IRAQI FREEDOM and TOMADACHI and received the Jay Isbell Trophy for ASW excellence and the 2011 Battle “E”.

From June 2012 to July 2013 Captain Long reported to COMNAVAIRPAC to serve as the Executive Assistant to CNAF.  Following CNAF Captain Long was assigned to Navy Personnel Command (NPC) as the Maritime Commander and Aviation Captain detailer for PERS-43, Aviation Officer Assignments from July 2013 to December 2015. CAPT Long reported to CPRW-10, Whidbey Island, WA as Deputy Commodore in July 2016 and subsequently became the Commodore of Patrol and Reconnaissance Wing TEN from June 2018 to October of 2019.