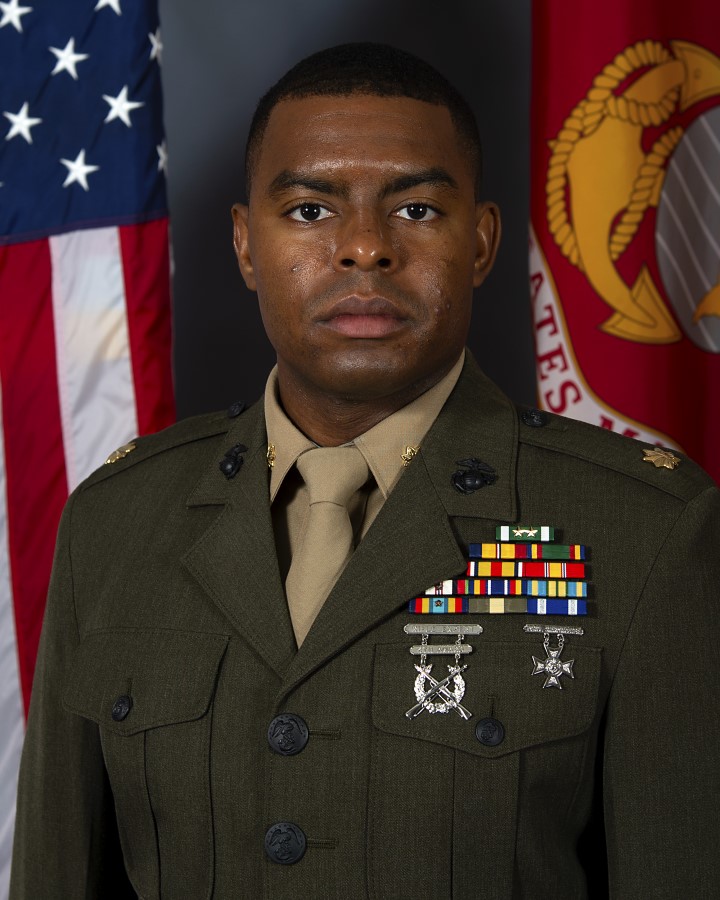 Major Larry S. Black Jr. enlisted into the Marine Corps Reserves in May 2006 and after completing Recruit Training at MCRD Parris Island, SC, he was assigned to Company B(-), 4th Assault Amphibian Battalion as an Amphibious Assault Vehicle Crewman in Jacksonville, FL.

In 2010, Major Black graduated from the University of South Florida, earning a Bachelor of Science in Business Management, and was commissioned a Second Lieutenant through the Platoon Leaders’ Course Program.  Upon completion of the Basic Officer Course and Infantry Officer Course in 2011, he was designated as an Infantry Officer.

In June 2014, Major Black received orders to MCRD Parris Island, South Carolina and was assigned as the Recruit Separations Platoon Officer-in-Charge until December 2014.  In December 2014, Major Black then was reassigned to First Recruit Training Battalion, where he served as a Series Commander for Companies B and C, the Executive Officer for Company D, and Company Commander, Company D. While assigned to these roles, and over the course of six recruit training cycles, Major Black oversaw the transformation of more than 2500 recruits into Marines. In 2016, Major Black was selected to serve as the Assistant Director of Drill Instructor School East.

In 2017, Major Black attended the resident Expeditionary Warfare School (EWS) in Quantico, VA and graduated with distinction in May 2018.

Following EWS, Major Black assumed command of Company B, 1st Battalion, 1st Marines in Camp Pendleton, CA. In this billet, he led his company through several exercises from the company through regimental level and deployed to Queensland, Australia in support of Marine Rotational Force-Darwin 19.2. Major Black’s company successfully completed several multinational exercises throughout the South Pacific during this deployment.

Following redeployment to Camp Pendleton, Major Black relinquished command of Company B and assumed command of the battalion’s Headquarters & Service Company. While in this billet, Major Black provided support to two Marine Expeditionary Force-level exercises and deployment in support of the Southwest Border Mission.

In December 2019, Major Black graduated from Liberty University with a Master of Arts in Executive Leadership.

Major Black is married to his beautiful wife, Renada and they have two children: a son, Zephan, and a daughter, Arabella.