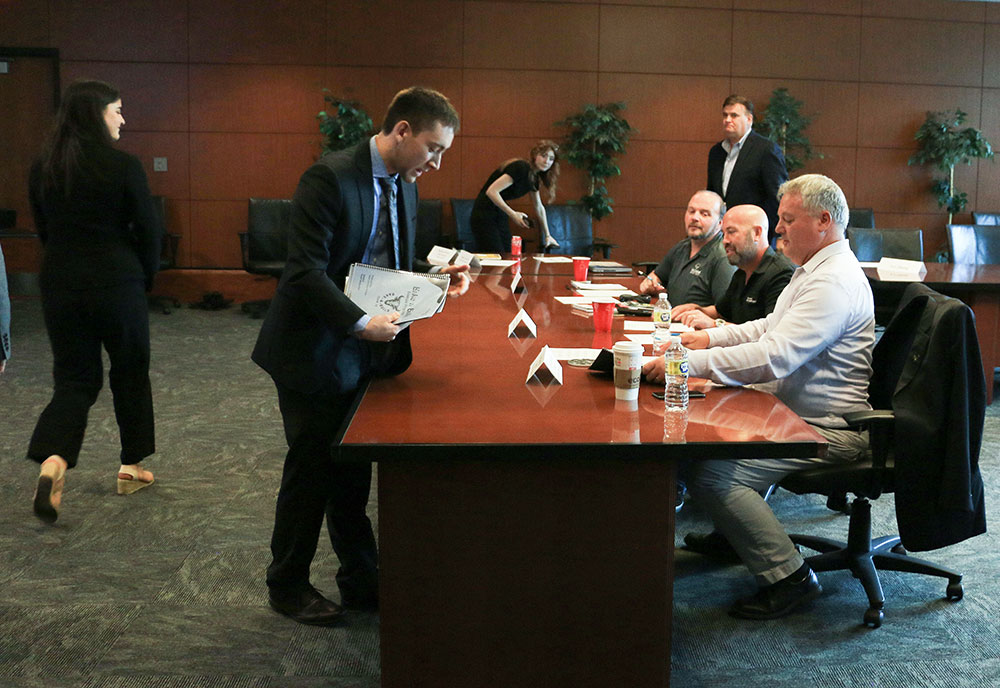 Student entrepreneurship teams pitched their business ideas in the HUSTLE competition at the USF Muma College of Business.

The Princeton Review places USF’s graduate entrepreneurship program No. 9 in the nation

TAMPA – The University of South Florida continues to be a top school for aspiring entrepreneurs.

“We are strong believers in the power of experiential learning. This is what sets us apart. This manifests itself in almost all the courses of our graduate program and certificate in entrepreneurship,” said Dirk Libaers, director of the Center for Entrepreneurship in the Muma College of Business.

“In essence, this means extensive engagement of students with internships, startup simulations, small businesses, and startups in the Tampa Bay region,” he said.

At USF, a significant portion of entrepreneurial students also applies to USF’s Student Innovation Incubator program, which has produced over 150 ventures since its inception in 2013. In addition, USF’s program offers an international perspective by giving students the opportunity to participate in a hands-on study abroad experience where student teams are matched with startups in a foreign country.

In addition, the center launched a new initiative that is considered the most extreme form of experiential learning on any U.S. university campus. The HUSTLE competition, which stands for Helping Undergraduate Students Tackle Leadership and Entrepreneurship, is a year-long competition where three teams of students will manage and operate real businesses while they are in college. This competition was made possible through generous support by David Chessler, who owns a Sarasota-based family business, Chessler Holdings Corporation.

USF has had a spot in the rankings for the past 17 years. The survey also tallied sub-lists that ranked schools within regions and USF was ranked No. 1 in the South.

A 45-question survey was sent out over the summer by The Princeton Review to nearly 300 schools with entrepreneurship programs. Rankings were tallied based on more than 40 data points about the school programs, faculties, students, and alumni in its methodology.

The survey included questions on the percentage of faculty, students, and alumni actively and successfully involved in entrepreneurial endeavors; the number and reach of mentorship programs; scholarships and grants for entrepreneurial studies; and the level of support for school-sponsored business plan competitions.

“We strongly recommend these schools on our entrepreneurship studies lists for 2023. Their faculties are outstanding. Their programs have robust mentoring components, and their students receive networking support that will serve them for years to come,” said Rob Franek, The Princeton Review’s editor-in-chief.

School of Marketing and Innovation