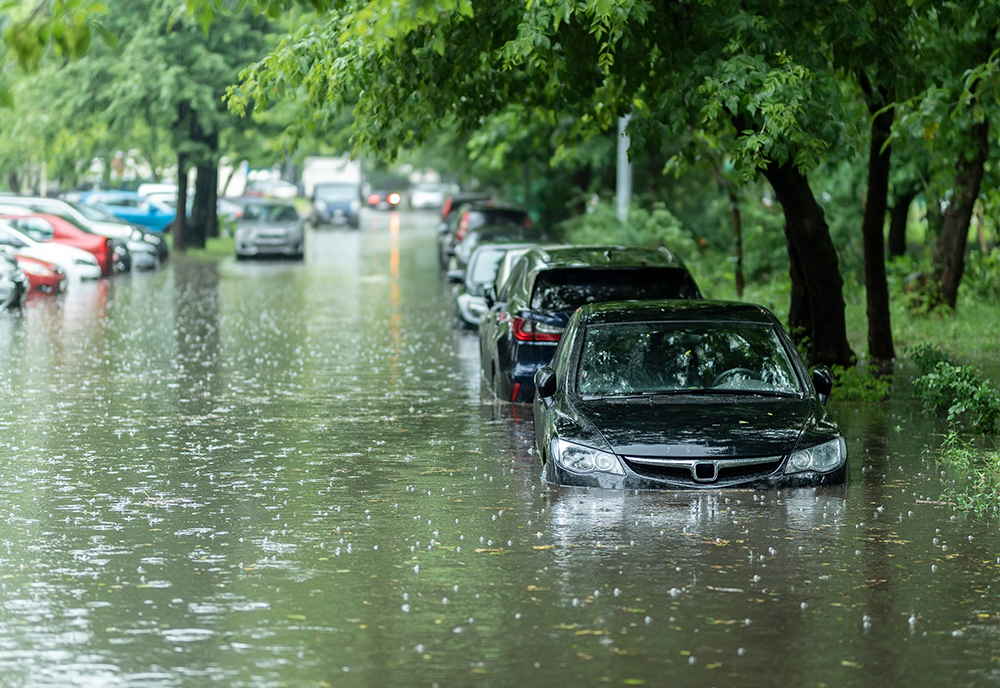 ST. PETERSBURG – An annual joint survey between the University of South Florida and Neptune Flood
reveals some surprising facts about consumer awareness of flood risk and flood insurance coverage.

The 2022 survey results, released in December, shows that 75% of homeowners believe they have flood
insurance; the true number of homeowners nationwide that have flood insurance is less than 5%.

Furthermore, 19% of homeowners don’t know that they live in a flood zone and 17% don’t know what
flood zone they are in.

The survey is a partnership between Neptune Flood, a St. Petersburg-based firm that is the largest private flood insurance company in the nation, and USF’s Customer Experience Lab, which is part of the USF Muma College of Business on USF’s St. Petersburg campus.

With a collaborative goal of identifying trends in consumer views about flood insurance, Neptune and
Professor Philip Trocchia, a professor of marketing at the USF Muma College of Business, designed and conducted the Neptune Consumer Survey of Flood Awareness.

Trevor Burgess, CEO of Neptune Flood, said the findings help the company and the flood insurance industry know where to focus their efforts in educating home and business owners about the risks for uninsured buildings.

“Now in its third year, the survey continues to show that consumers are aware of flood risk but have a
hard time understanding how to protect themselves from that risk,” he said.

The 2022 survey, compiled qualified responses from 1,048 respondents across 40 U.S. states, is the
third of its kind. The annual pooling of flood insurance facts utilizes a base set of questions to view trends in consumer views.

Trocchia said the results show that flood risk is a top concern when homeowners consider buying a
home.

"The data indicate that consumers recognize the risk of flooding and revealed that the overwhelming majority (85%) of consumers characterize flood risk to be an important factor in their home purchase decisions,” he said. “Further, nearly two-thirds of respondents felt that their homes are at greater risk of incurring flood damage in coming years than they had in the past."

Hurricane Ian, which made landfall just south of the Tampa Bay area in late September 2022, left a large
part of southwest Florida devastated and completely underwater. The Category 4 hurricane is shaping up to be the second-costliest U.S. flood event on record. With Ian’s destruction fresh on the minds of
homeowners, survey numbers are trending more on the side of caution.

The survey results show that there is a need for more education on flood risk and flood
insurance.

Other main takeaways include:

Because of the efforts of Trocchia, Neptune Flood, and the USF Customer Experience Lab at the Muma
College of Business , the survey results can now be a teaching guide to Neptune Flood and the flood
industry in general.

The full 2022 survey results, gathered by utilizing Qualtrics to construct the questionnaire, Amazon MTurk as the survey tool, and IBM SPSS analytics for evaluation of the results, have been released. To view the full results of the 2022 Neptune Consumer Survey of Flood Awareness, click here.

School of Marketing and Innovation, School of Risk Management and Insurance