Long before Melissa Salguero began changing the lives of her students in the Bronx, N.Y., the former Herd of Thunder drum major grew into a leader at the University of South Florida. Now, as the 2018 GRAMMY Music Educator of the Year, Salguero plans to continue showing the world the transformative power of music.

Salguero just received the prestigious honor from the GRAMMY Museum and Recording Academy at an event in New York City and was celebrated by host James Corden during the nationally televised GRAMMY Awards.

“This award is such a validation of the work I'm doing in my field,” said Salguero, who graduated in 2009 with a Bachelor of Science degree in Music Education from USF's College of The Arts. “I am so honored and inspired by this award and I am so happy that the GRAMMY Foundation and the Recording Academy are shining a spotlight on the importance of music education in schools.” 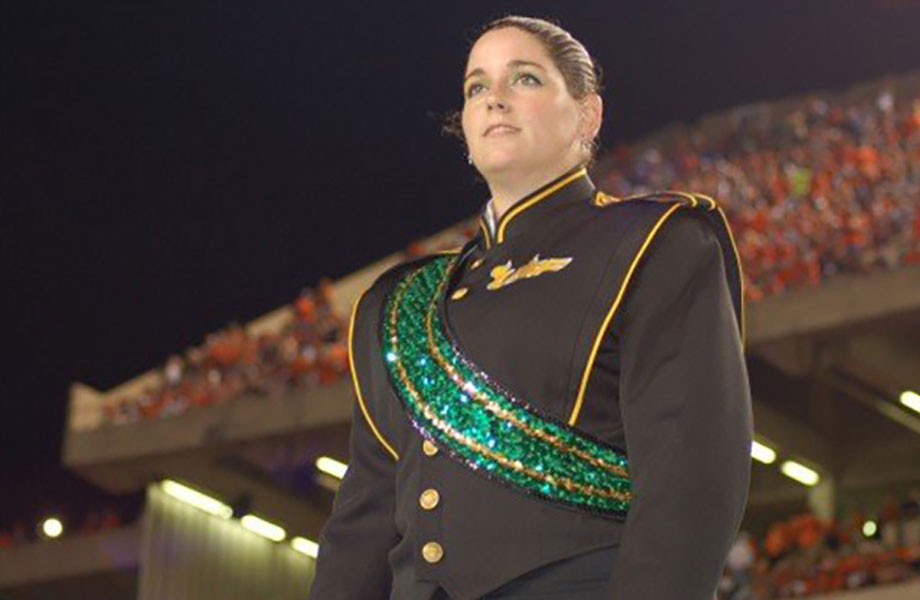 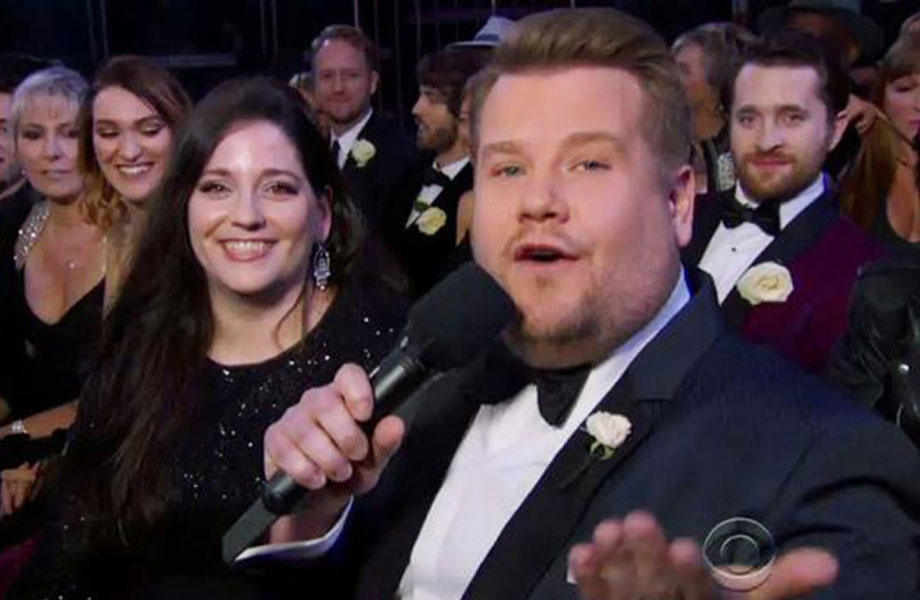 Since graduation, Salguero has built a life-changing music program at P.S. 48 Joseph R. Drake elementary school, located in one of New York City's poorest neighborhoods. 22 percent of its students are homeless. With dedication, Salguero has been able to obtain grants, putting instruments in the hands of more children who otherwise couldn't afford them. She has also worked to incorporate math, science and language into her lesson plans, developing innovative ways of teaching the subject but also helping her connect with her students.

“Music has had such a deep impact on me on a personal level and it has changed many of my students lives as well,” Salguero said. “I see them build confidence through music, I see them succeed through music but most of all, I see them learn to express themselves through music.”

When she first came to USF as a freshman, Salguero says she remembers being a shy student. It wasn’t until she joined the Herd of Thunder Marching Band and became drum major that she says she really began growing into a leader – a testament to the impact the university has on students every day.

“Standing in front of all those marching members and leading the band helped prepare me for the day I stepped into my classroom for the first time,” she said. “USF truly helped me become the leader I am today.”

Watch the CBS News story about Salguero and her students.

Alumni, College of The Arts