A graduate of USF becomes the first alum to be inducted into the Florida Inventors Hall of Fame.

Phillip Furman (‘72) is co-inventor of Retrovir (AZT), the first effective anti-viral drug to slow the symptoms of HIV/AIDS. 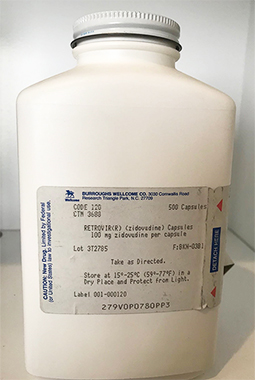 The FDA approved AZT in 1987 at the height of the AIDS epidemic, in which claimed hundreds of thousands of lives. Historians credit AZT for sparking a new era of drug development for long-term treatment of HIV/AIDS patients.

"Back then a lot of people were dying of AIDS. A vaccine was years away. We believed if we could find the right compound that, given the company’s expertise, we could develop it quickly and get rapid approval from the FDA," said Furman. "My passion for such research all started while studying to become a virologist at USF."

Furman earned a master’s degree from USF in microbiology, his PhD at Tulane University and went on to build a distinguished career in the pharmaceutical and biotech industries, in which he played a leading role in developing additional drugs to treat diseases such as herpes and Hepatitis C.

“As the first USF graduate to be inducted into the Florida Inventors Hall of Fame, Dr. Furman’s career stands as a testament to the difference that cutting-edge research can make to millions of lives around the world,” said Paul Sanberg, PhD, senior vice president for Research, Innovation and Knowledge Enterprise and chair of the Florida Inventors Hall of Fame Advisory Board. “His accomplishments have made medical history, and they continue to inspire new generations of USF students and faculty scientists and innovators who apply their skills and talents to solving the greatest global problems.”

Furman is one of seven highly accomplished researchers to be inducted into the 2018 class of the Florida Inventors Hall of Fame.

Read more about Furman’s illustrious career and the other Florida Inventors Hall of Fame inductees here.