Golfo Alexopoulos, PhD, Institue on Russia director and professor of history at the University of South Florida.

USF’s Institute on Russia is seeing a tremendous growth in interest since its launch in fall 2017. It was established to enhance global education at USF and to help both undergraduate and graduate students gain a greater understanding of Russia. In this way, students are strengthening their qualifications for a number of careers, especially those involving national security.

“We wanted to establish this Institute now because Russia has emerged as a key factor in US and global security,” said Golfo 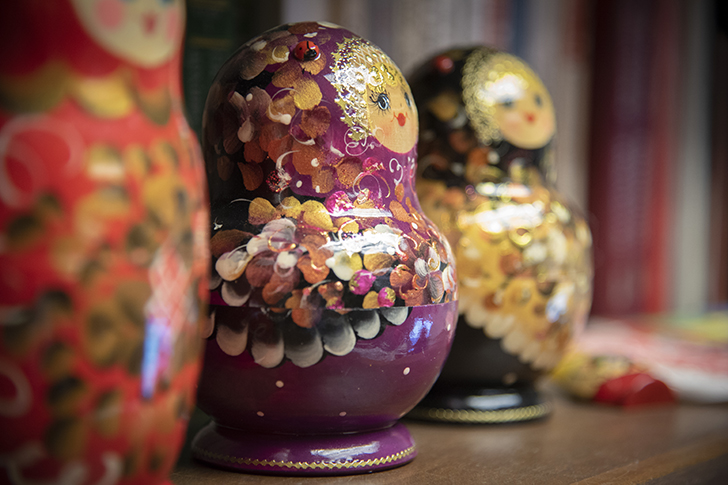 Alexopoulos, PhD, Institute on Russia director and professor of history. “Our students and our community are eager to better understand and engage with this complex country—one that has been both our ally and our adversary.”

Students who attend events sponsored by the Institute are majoring in different fields, including history, global studies,cybersecurity, criminology, international business and journalism. There’s also been an uptick in student veterans and those with military experience due to USF’s proximity to MacDill Air Force Base in Tampa, where U.S. Central Command and Special Operations Command are located.

“The Institute on Russia gave me an opportunity to compare and contrast the conflicting ideologies of two modern superpowers,” said Antonio Cifuentes Jr, who graduated in summer 2018 with a Bachelor of Arts degree in history. “I believe the relationship between America and Russia is as important today as it was during the Cold War.”

In the last academic year, the Institute on Russiahas invited ambassadors, authors, Russian political analysts and international journalists. It’s designed to advance knowledge and understanding of Russia in a global and historical context, which includes various points of U.S.-Russian conflict and cooperation. Interest in Russia has been consistently strong at USF, but it has increased in recent years given global developments and Russia’s actions under Vladimir Putin.

Alexopoulos also manages the Certificate in Russian Studies. The certificate enables students to augment their transcript and demonstrate to employers that they acquired a highly valued expertise. Russian is the 2nd most popular language studied at USF, behind Spanish.

Rolling Stone: Is It OK to Travel to Get the Covid-19 Vaccine?