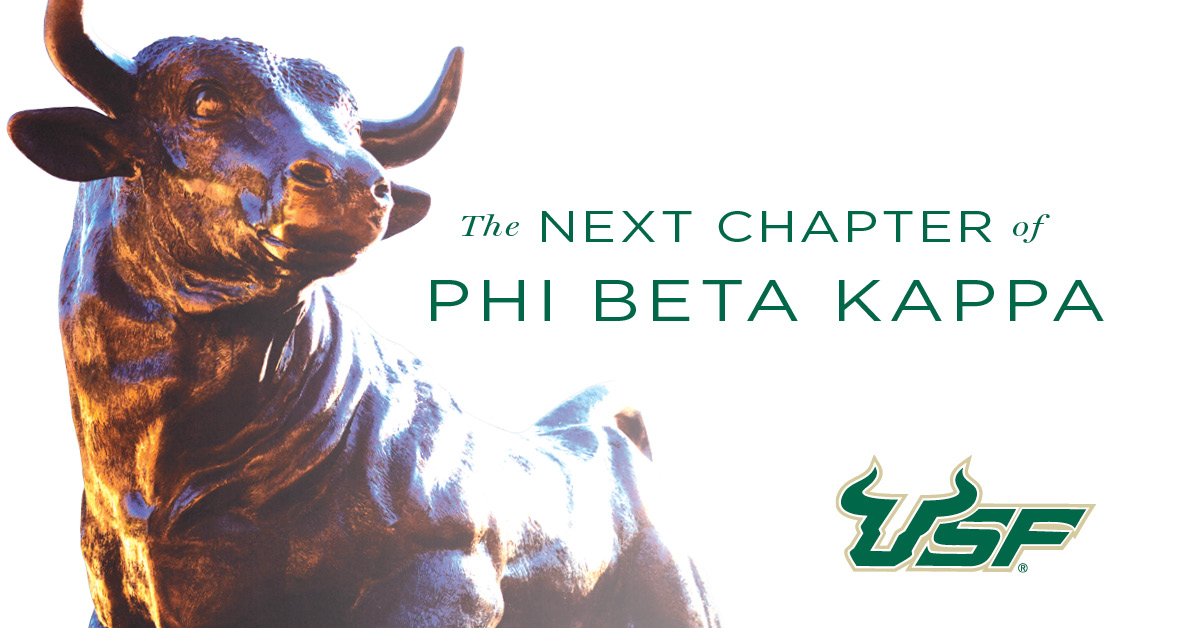 TAMPA, Fla. (Aug. 3, 2018) – The University of South Florida has been awarded a chapter of the Phi Beta Kappa Society (PBK), the oldest and most prestigious national honor organization in America. USF was voted in this afternoon during a PBK meeting in Boston.

Founded in 1776, PBK only awards a limited number of new chapters every three years and only 36 percent of its member institutions are public. The average founding date of PBK institutions is 1860, nearly a century before USF’s formation in 1956. PBK graduates include 17 U.S. Presidents, 40 Supreme Court Justices and more than 140 Nobel Laureates.

“Being home to a chapter of Phi Beta Kappa validates USF’s growing national reputation. It gives our students and faculty access to a prestigious network of peers across the country, which will serve them now and well into the future,” said USF President Judy Genshaft.

By becoming a PBK member, USF’s College of Arts and Sciences and College of The Arts will now be able to offer new, unique opportunities to high-achieving students. Student inductees, referred to as key holders, will be eligible for merit-based scholarships and gain access to a national network of distinguished professionals. Each year, PBK will send distinguished guest lecturers to campus through its Visiting Scholars Program.

The chapter also further positions USF for future membership in the Association of American Universities (AAU). Every AAU member in the U.S. has a chapter of PBK.

The new PBK chapter at USF will have a formal installation ceremony this fall and the first group of students will be inducted in spring 2019.