USF Board of Trustees Re-elects Brian Lamb as Chair 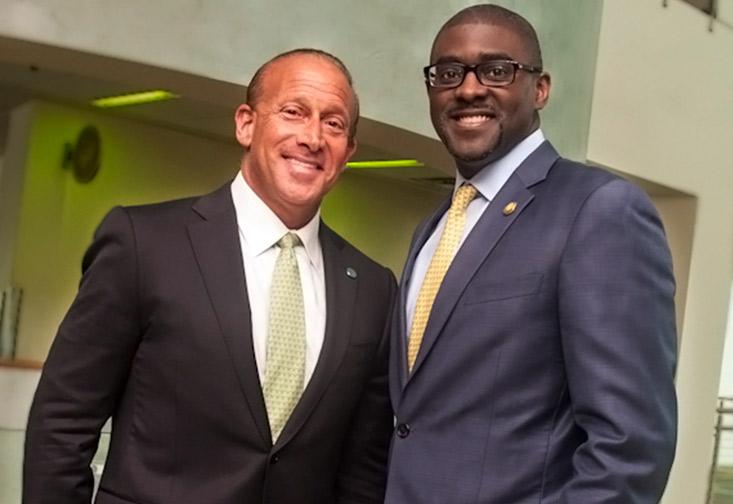 TAMPA, Fla. – Brian Lamb will continue to serve as chair of the University of South Florida Board of Trustees (BOT), after board members voted unanimously to keep him in that role during a meeting this week. Lamb, a USF alumnus who has served as board chair since June 2016, was elected for a two-year term.

The chair is responsible for presiding over board meetings, appointing members to the board’s committees and calling any special meetings of the board.

Lamb is executive vice president and head of wealth & asset management for Fifth Third Bancorp, responsible for line-of-business oversight of wealth management, which includes private banking, investment management, insurance, Fifth Third Securities, institutional services and fiduciary services. He earned both his bachelor’s degree in accounting and his MBA from USF, and he’s also a graduate of the Stonier Graduate Banking School at the University of Pennsylvania. In addition to Lamb’s responsibilities as chair, his BOT committee assignments include chair of the finance committee and vice chair of the governance committee.

“It’s a privilege to continue serving in this leadership role during such a pivotal time in USF history,” Lamb said. “I appreciate the trust and the confidence my fellow trustees have shown by selecting me as chair for two more years.”

During this week’s meeting, Jordan Zimmerman was also unanimously re-elected to serve a two-year term as BOT vice chair.

Zimmerman is founder, chairman and architect of the Zimmerman Advertising empire, the 14th largest advertising agency in the world with published billings in excess of $3 billion. In 2015, he donated $10 million to the USF College of Arts and Sciences, which resulted in the naming of Zimmerman School of Advertising and Mass Communications. In addition to serving as vice chair, his BOT assignments include chair of the governance committee and member of the strategic initiatives committee.