USF climbs to its highest ranking ever from U.S. News & World Report 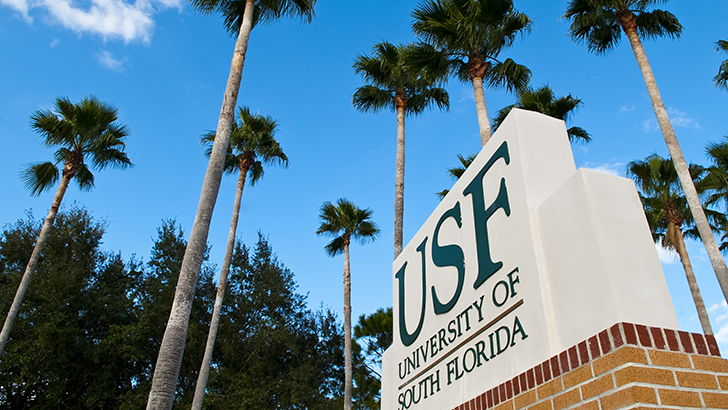 The University of South Florida improved substantially in U.S. News and World Report’s (USNWR) Best College rankings released Monday, positioning the university higher than it has ever been and continuing USF’s trend of rapid ascension in recent years.

Over the past six years, USF has moved up 36 places among public universities and 46 spots among all public and private universities. During that time, only two universities in the U.S., and none in Florida, have improved more than USF. “USF is pleased to see significant gains in our national reputational scores,” said Ralph Wilcox, provost and executive vice president for the USF. “An unmatched upward trajectory driven by an intentional focus on student success along with impressive gains in research and academic excellence has made USF and Tampa Bay a preferred destination for the best and brightest students and world leading professors.”

The ranking comes on the heels of USF being designated by the Florida Board of Governors as a Preeminent State Research University, placing USF in the most elite category of state universities. Last month USF was awarded a chapter of Phi Beta Kappa Society, the nation’s oldest and most prestigious academic honor society. In addition, last week USF System President Judy Genshaft announced that this fall’s incoming class of more than 3,000 freshmen is the strongest in university history.

“At USF the potential for the future feels limitless, and this has challenged me to pursue opportunities like undergraduate research and starting my own student organization,” said National Merit Scholar Keerthana Nimmagadda, who is from California and chose to attend USF “These are opportunities that I may not have had as readily at other universities.”