USF Named the Second Best College in the U.S. for Student Veterans 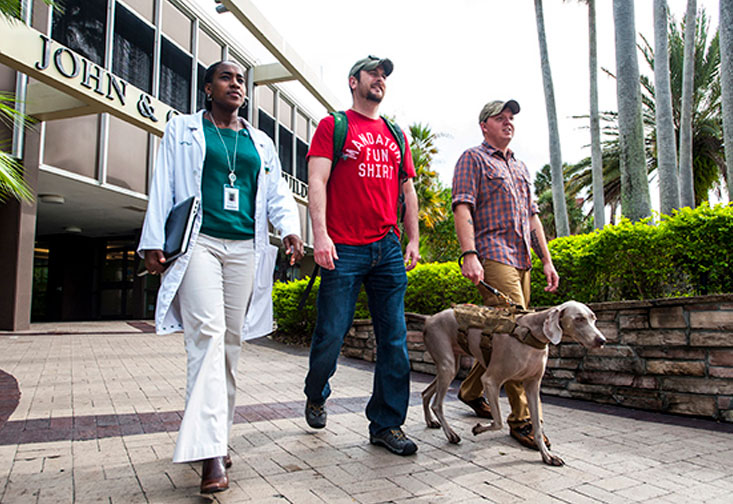 The University of South Florida is one the top universities in the country for student veterans, according to rankings released Monday by "Military Times" magazine. Among all four-year public and private institutions, "Military Times" ranks USF as the second best school in the nation for the second consecutive year.

USF consistently ranks near the top of the publication’s annual list, including first overall in 2017, and among the top two for four straight years.

“It is an honor to be recognized again by 'Military Times,'” said Larry Braue, director of the Office of Veteran Success at USF. “At USF, student success is the priority and focus for all students. Our services and programs for veteran and military students are both innovative and comprehensive, as they support these students through their transition out of the military into academia and then into careers.”

"Military Times" evaluated nearly 500 college and university surveys that disclosed the academic outcome and related data for the institution, provided a description of the veteran culture on campus and documented a wide array of services, special policies, accommodations and financial incentives offered to students with military ties. "Military Times" also factored in data from the U.S. Departments of Veterans Affairs, Defense and Education.

Of USF, the publication wrote, “At the University of South Florida, military-connected students are retained, complete courses and graduate at higher rates, on average, than their peers at other schools.” "Military Times" also highlighted USF for having a slightly higher GPA than non-military students on campus.

USF continues to expand its veteran-centered programs for the approximately 1,850 student veterans currently enrolled. Over the past year, the university established a streamlined admissions assistance process for veterans and military applicants. Additionally, the Veterans Achievement Center on campus is in the process of being converted from a lounge to a tutoring and learning center to suit the evolving needs of this group of students. The Office of Veteran Success is also developing a partnership with the Veterans Alternative to provide an Accelerated Wellness Program for USF student veterans, offering Accelerated Resolution Therapy (ART), iRest Therapy and other alternative therapies to support veterans with combat related trauma or other service related mental health concerns.