In a recent event that honored President Judy Genshaft’s career at the University of South Florida, acclaimed actor and singer Quentin Earl Darrington delivered a memorable performance to celebrate their long-standing friendship. Darrington first met Dr. Genshaft just outside the Marshall Student Center during her first day on campus in the summer of 2001.

“The relationship between Judy and I is timeless,” Darrington said. “In essence, we’ve become family.”

Darrington was one of Genshaft’s first discoveries of talent at the university. He sang at her inauguration and later, when Genshaft learned about his aspiration to sing and act professionally, she came up with a plan to have him lead the commencement ceremonies. 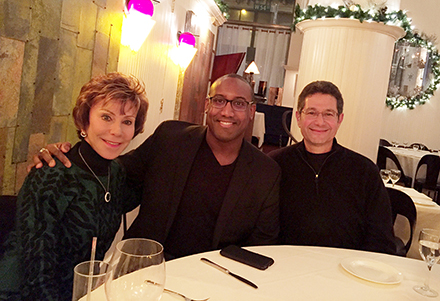 “He was such a shining star,” she said. “ I knew his talent would not only entertain, but inspire our graduates.”

This began the tradition of having an individual student lead the Alma Mater during graduation ceremonies. Previously, the anthem was performed by a student orchestra. Genshaft knew handing the stage over to young, aspiring talent would excite the students.

“It was one of the greatest honors in my life to sing in front of the entire student body,” Darrington said.

For the past 19 years, Genshaft gave students top billing, often shifting between high-level strategic planning meetings – needed to lead the path to preeminence – to casual conversation with students. When she learned Darrington had delayed his graduation date to pursue his dream, she helped work out a plan with the College of The Arts that allowed him to complete his Bachelor of Arts degree in Theatre Arts remotely from New York in 2004. Later, Genshaft encouraged Darrington to complete a master's degree. 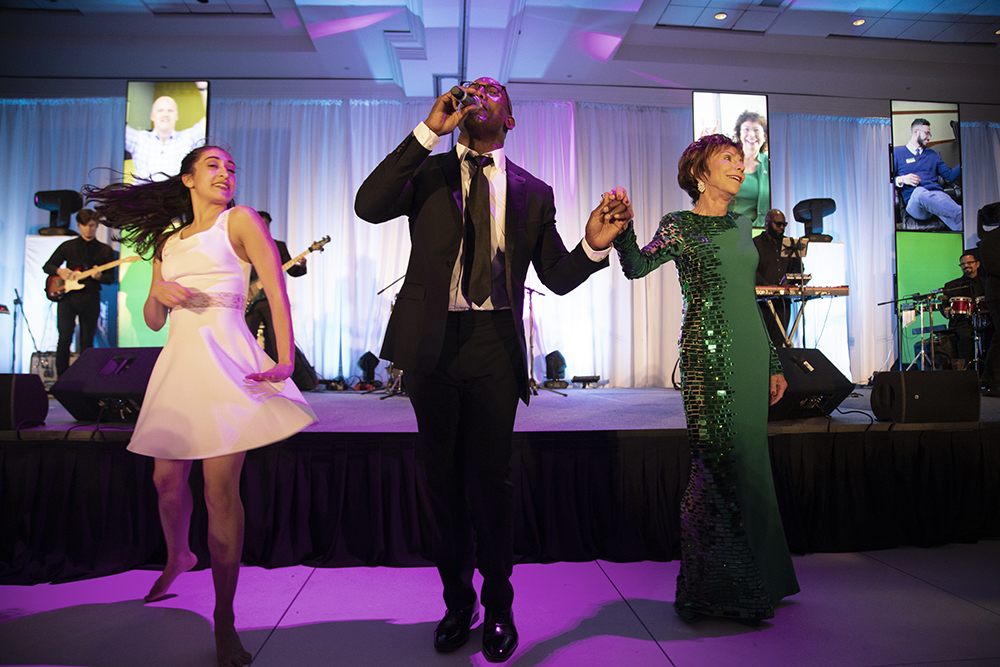 Darrington has since starred on Broadway in various shows such as Once on This Island, Cats and Ragtime. He hopes to return to higher education as a professor at some point in his future.

Throughout the years Darrington and Genshaft have shared a passion for education, success, continuing to work together fundraising for the university. He's participated in alumni activities and performed at events, most recently during a gala held in Genshaft's honor. Darrington belted out her favorite songs, including Marvin Gaye's "I heard it through the Grapevine" and a fun rendition of "Hey Jude" by the Beatles.

College of The Arts, School of Theatre & Dance