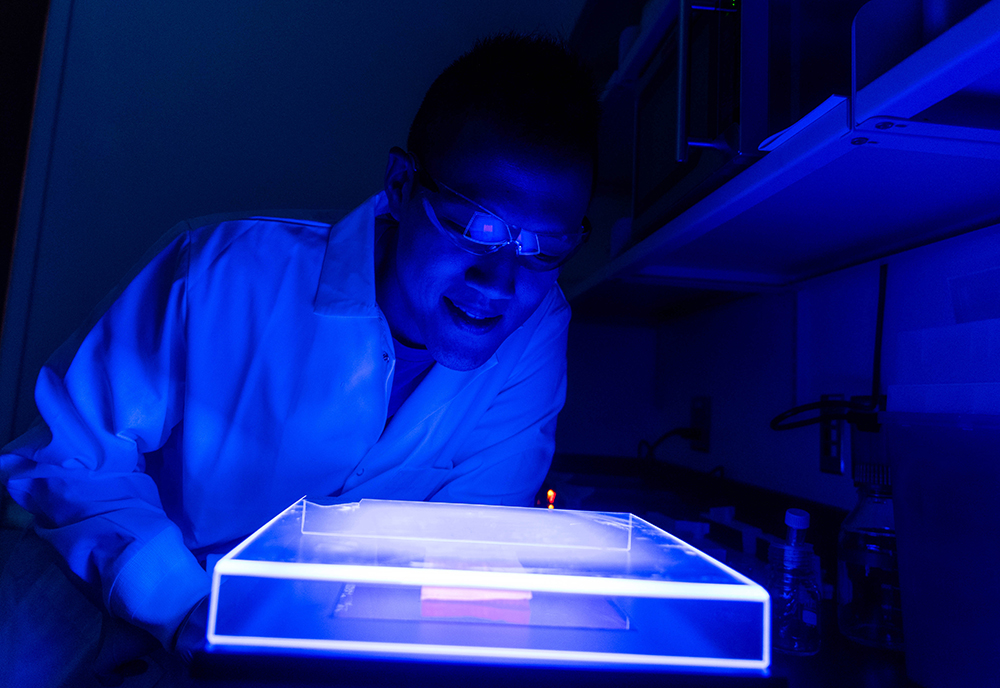 Researchers at the University of South Florida are harnessing the power of human physiology to transform greenhouse gases into usable chemical compounds – a method that could help lessen industrial dependence on petroleum and reduce our carbon footprint.

The new biologically-based technique, published in Nature Chemical Biology, was developed by USF Professor Ramon Gonzalez, PhD, and his research team. It utilizes the human enzyme, 2-hydroxyacyl-coenzyme A lyase (HACL), to convert specific one-carbon (C1) materials into more complex compounds commonly used as the building blocks for an endless number of consumer and industrial products.

“In humans, this enzyme degrades branched chain fatty acids,” Gonzalez said. “It basically breaks down long carbon chains into smaller pieces. We needed it to do the opposite. So, we engineered the process to work in reverse – taking single carbon molecules and converting them into larger compounds.

By manipulating the DNA encoding the enzyme, researchers are able to insert the modified enzyme into E. coli microorganisms, which act as hosts. When those microbes are introduced to C1 feedstock, such as methanol, formaldehyde, formate, carbon dioxide and methane, a metabolic bioconversion process takes place, transforming the molecules into more complex compounds. 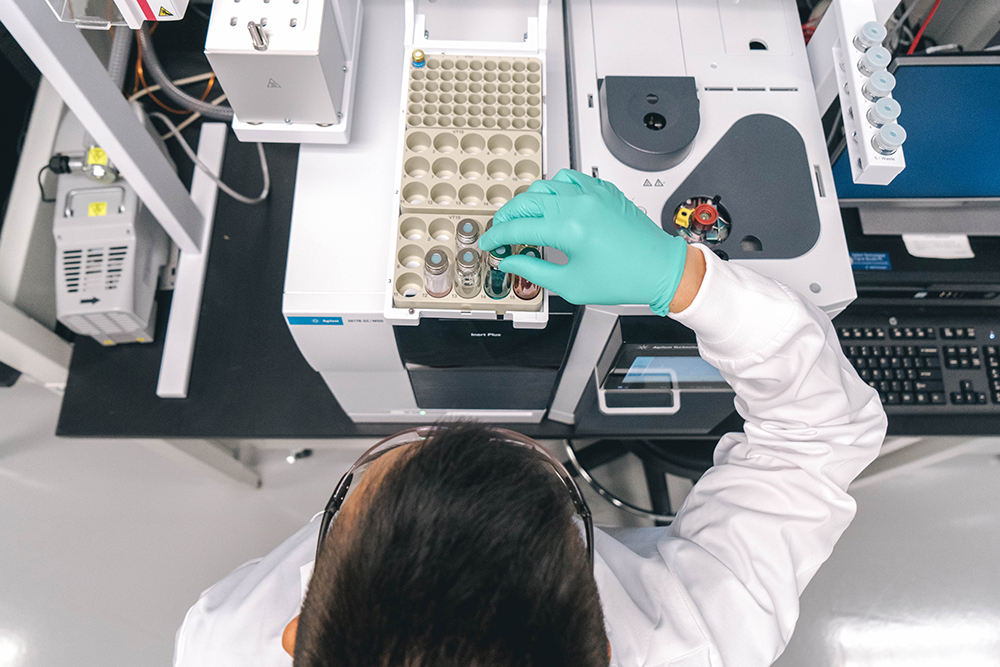 This research represents a significant breakthrough in biologically-based carbon conversion and has the potential to transform current petrochemical processes as well as reduce the amount of greenhouse gas released into the atmosphere during crude oil production.

“When crude oil is pumped out of the ground, it comes with a lot of associated gas,” Gonzalez said. “Much of the time, that gas is burned off through flaring and released into the atmosphere. We see that gas as a wasted resource.” 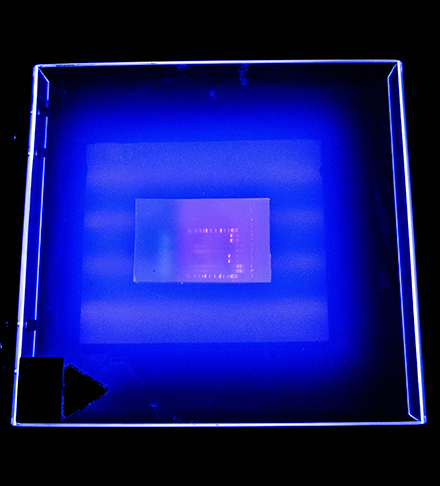 DNA is visualized under UV light.

Through their work, Gonzalez believes he and his team have engineered a method to utilize that wasted resource in a way that is economically feasible and enticing for oil manufacturers.

Right now, the vast majority of oil production facilities utilize flaring to burn-off gas like methane. While that process is wasteful, according to Gonzalez, it is also inefficient and leads to the release of excess, unburned methane into the atmosphere as well as additional carbon dioxide produced through the burning process.

By implementing the USF-developed technique, oil producers could not only better manage their impact on the environment but also begin producing valuable chemical compounds like ethylene glycol and glycolic acid – molecules that are used in the production of plastics, cosmetics, polymers, cleaning solutions and much more.

Traditionally, the building blocks for these products are made using petroleum. So, while employing the bioconversion method would help reduce greenhouse gas emissions, it also has the potential to reduce the overall dependence on petroleum – multiple benefits that Gonzalez hopes will attract manufacturers to explore adopting their process.

“While this study details the overarching science that makes all of this possible, we are currently working with partners in the private sector to try and implement our technique,” Gonzalez said. “It’s exciting to be able to take this project from its initial inception all the way to industrial implementation and hopefully have a meaningful impact on not just the industry but to the environment as well.”

Department of Chemical and Biomedical Engineering