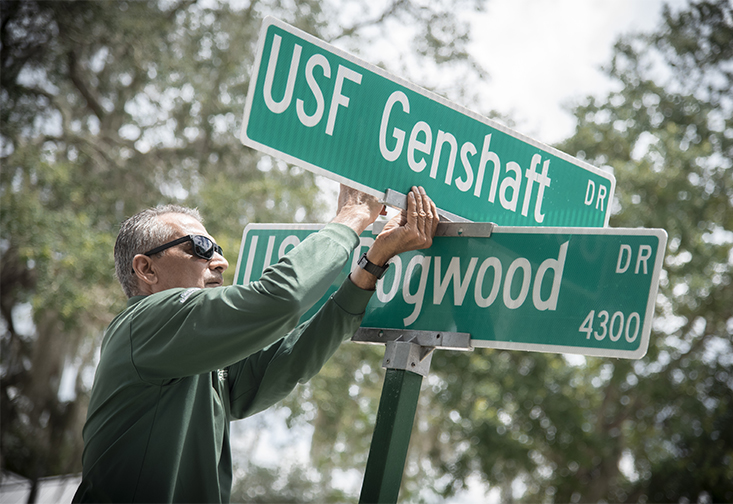 Just over one month after retiring as the president of the University of South Florida, Dr. Judy Genshaft’s legacy is being honored with new street signs bearing her name.

USF Genshaft Dr. is replacing Maple Dr. It runs between USF Alumni Dr. and East Fletcher Ave. where several buildings are located, such as the Muma College of Business, C.W. Bill Young Hall and the Campus Recreation Center. 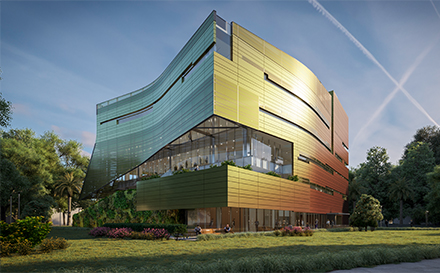 It’s also the future site of the Judy Genshaft Honors College. In May, Genshaft and her husband Steve Greenbaum announced a $20 million donation to fund construction of the five-story building and another $3 million gift to create an endowment for its deanship.

In addition to her generosity, Genshaft left a significant impact on USF. During her 19-year tenure, she helped greatly improve the graduation rate, led USF to preeminence, and surpassed a $1 billion fundraising goal among many other accomplishments.

The USF Facilities Management team will replace eight signs, including three post-mounted signs and five on traffic signal mast arms. The project is expected to be completed by the start of the school year.