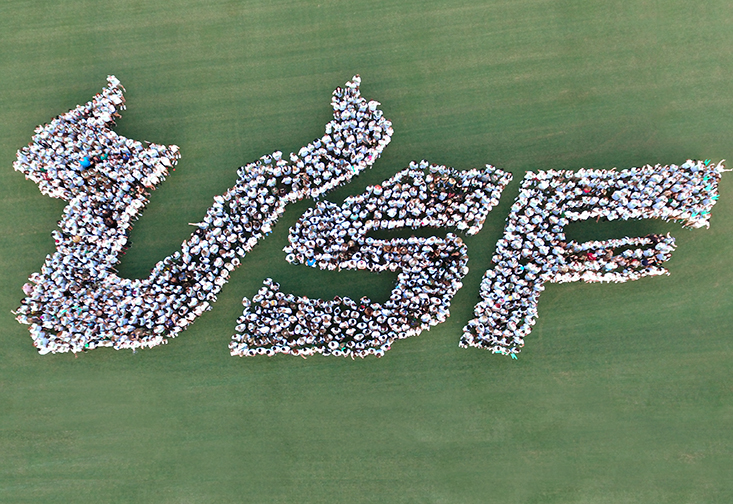 Prospective college students are taking notice of the University of South Florida’s growing reputation as one of the nation’s top public universities.

This fall the USF System welcomes its most academically accomplished incoming freshman class ever. The group of first time in college (FTIC) students carry an average ACT score of 29, an average SAT score of 1286 and an average high school GPA of 4.13.  The group is comprised of approximately 100 high school valedictorians and salutatorians, along with 34 National Merit Scholars, an increase from 22 last year.

This also marks the largest freshman class in USF history, with 3,773 students, an increase of more than 15 percent over last year.  Overall, USF received more than 41,000 freshman applications, an all-time high.

In recent years, USF has led the State University System and received national recognition for eliminating the graduation rate gap by race, ethnicity and socioeconomic status, a rare achievement in higher education.

“USF is honored to welcome the highest-achieving freshmen to a world-class institution,” said Ralph Wilcox, USF Provost and executive vice president. “It is becoming ever more competitive to be admitted to USF. I believe our freshman class will find their time earning a USF degree filled with academic rigor, individualized attention from top quality professors and support staff, and first-rate opportunities in their post-graduate careers.”

This week U.S. News and World Report ranked USF as the No. 44 public university in the nation, the first time USF has cracked the Top 50.  Over the past five years, USF has risen faster than any public or private university in America on the U.S. News rankings. USF is also one of only three Preeminent Research Universities in Florida, the state’s highest designation.