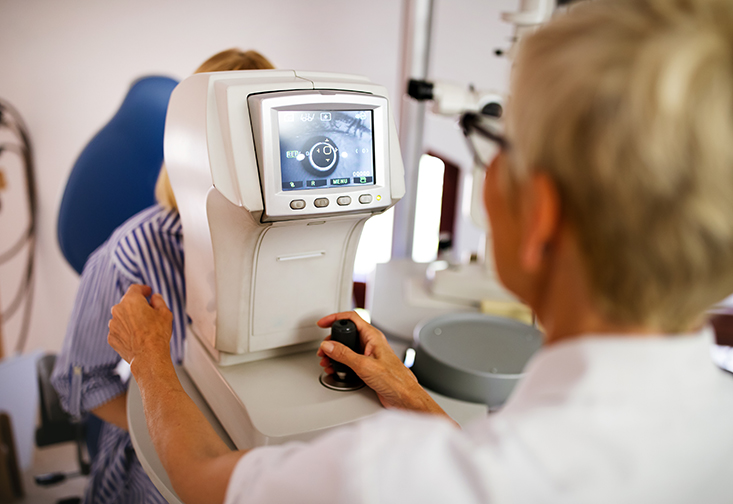 Neuroscientists at the University of South Florida have become the first to definitively prove pressure in the eye is sufficient to cause and explain glaucoma. They come to this conclusion following the development of a method that permits continuous regulation of pressure without damaging the eye. 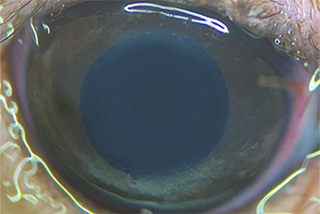 Rat eye implanted with a cannula.

Researchers were able to manipulate pressure by implanting a tiny tube in the eye of an animal model and connecting the tube to a pressure source and pressure sensor. The pressure source infused fluid into the eye via a saline reservoir or a portable micropump built by the researchers. The pressure sensor took measurements every few seconds around-the-clock for up to two months, during which time the tube remained fixed in place even though the eye blinked and rotated and the animal freely moved. The study, published in Scientific Reports, found that raising pressure of an otherwise healthy eye resulted in patterns of retina and optic nerve damage like that seen in human glaucoma.

“The technique offers a significant advancement in glaucoma research,” said Chris Passaglia, PhD, professor of medical engineering at USF. “All studies to date have elevated pressure by blocking fluid outflow from the eye, whereas ours adds fluid as necessary to produce a desired pressure without damaging outflow pathways. Now researchers can have direct knowledge and control of eye pressure.”

Demonstrates loss of retinal ganglion cells in the cannula-implanted eye which was pressurized to glaucomatous levels.

A longstanding challenge with existing methods of glaucoma induction is that eye pressure changes are unpredictable and generally irreversible. Pressure may rise to unrealistic levels or not change at all if induction procedures are unsuccessful. Pressure can also settle at a stable value, fluctuate irregularly over time, or return abruptly to normal. Passaglia says the new tools can help speed research progress by removing such experimental variability and by enabling systematic studies of unanswered questions like the role of eye pressure history in disease onset and progression. Glaucoma drugs can also be concurrently infused by the system into the eye of animal models and screened for therapeutic effectiveness.