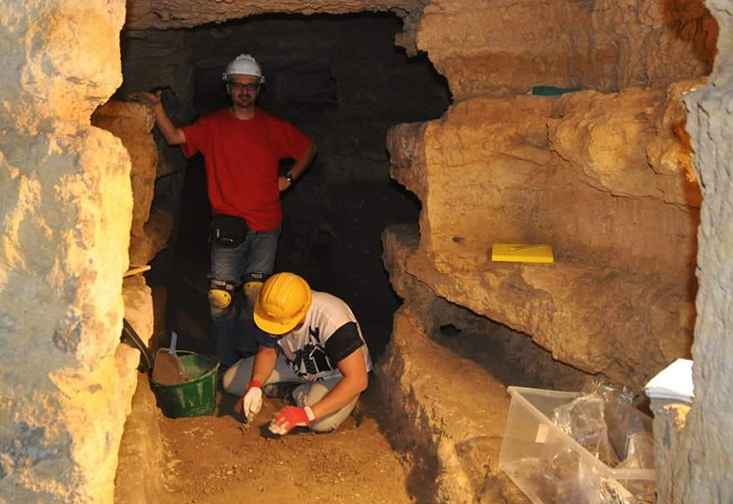 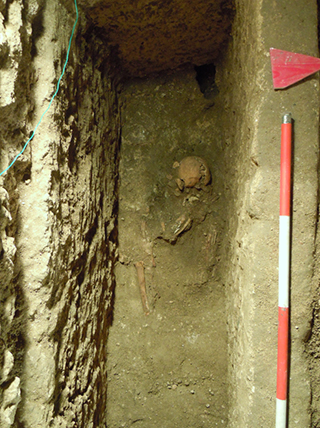 The research, published this week in “PLOS ONE”, outlines the discovery of DNA evidence of the disease in civilian remains predating WWI by thousands of years. In total, the team analyzed bone fragments and teeth of 145 individuals alive between the 1st and 19th centuries. Approximately 20% of those remains contained traces of Bartonella quintana, the bacteria responsible for trench fever.

Davide Tanasi, an associate professor with USF’s History Department and member of the Institute for the Advanced Study of Culture and the Environment, excavated remains for this project from a Roman cemetery in Syracuse, Sicily. Tanasi, who is also the director of USF’s Institute for Digital Exploration, first began work at the site to better understand the dietary habits and health of the Christian population living there during the 3rd and 4th centuries. Through a collaboration with French epidemiologists, researchers used real-time polymerase chain reaction testing to detect B. quintana DNA within the remains.

“Once contracted, there are diseases, like trench fever, that can leave traces within your DNA and can integrate your DNA with further information,” Tanasi said. “This means that once a person dies, even as far back as 2,000 years ago, it is still possible to find traces of the bacterium that infected them.”

Tanasi says the discovery sheds light on the complex history of trench fever and begins answering historical questions about the lives of Christian citizens in this region during the 3rd and 4th centuries.

While most associate this disease with WWI and WWII, occurrences of trench fever are still reported today, most prominently within homeless populations. The bacteria are spread to humans through contact with body lice (Pediculus humanus corporis), making poor personal hygiene a primary factor in its spread and infection rate. Researchers hope that by tracing the progression of B. quintana through history, they’re able to identify ways to better manage the spread of the disease today.

For Tanasi, his work with the remains excavated in Sicily continues. Through stable-isotope analysis, his research group examines the diet and lives of those who once lived in the region. He hopes this work will further answer questions about the lifestyle and health of the Christian community of Roman Syracuse.

Department of History, Institute for the Advanced Study of Culture and the Environment